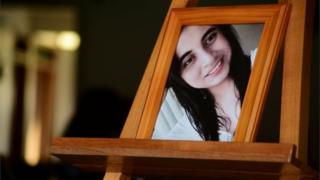 Police in the eastern Mexican state of Veracruz have arrested five people suspected of involvement in the murder of the daughter of a Congresswoman.

Valeria Cruz Medel, a medical student, was shot dead while working out in a gym in Ciudad Mendoza on Thursday.

Carmen Medel broke down when she found out about her daughter’s murder during a session of Congress.

Investigators said they believed Ms Cruz was killed by a gang in a case of mistaken identity.

Murder rates in Mexico reached a record high in 2017 with official figures suggesting that more than 25,000 people were killed that year.

Non-governmental groups say that 2018 could top even that figure.

Footage of Carmen Medel sobbing and shouting in the Chamber of Deputies after she received a phone call informing her her daughter had been killed made news in Mexico. 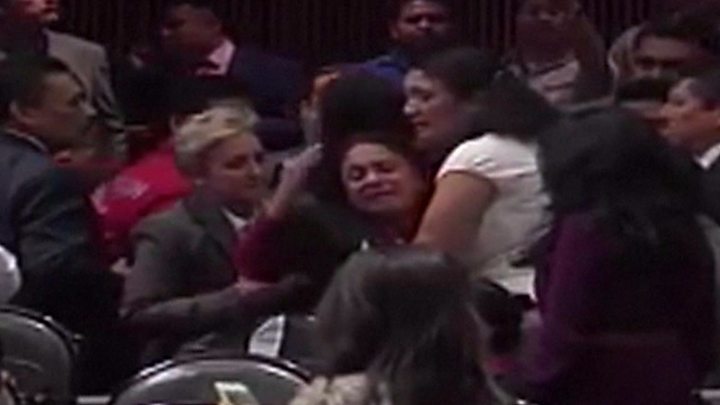 Fellow lawmakers rushed over to console Ms Medel and the session was later suspended.

Veracruz Governor Miguel Ángel Yunes said in a news conference that Ms Cruz had been the victim of “a confusion, the young woman had no links whatsoever with criminals”.

Governor Yunes said that a man known as “El Richy”, who is suspected of having shot her dead in the gym, had hours later been found murdered himself.

He said that the suspect appeared to have been killed by members of his own gang for murdering the wrong person and thereby triggering a police hunt for the gang members.

He said that there was little doubt the dead man was the shooter as his shoes matched the prints found at the gym and the gun he was carrying was that used to shoot Ms Cruz.

Among the five people arrested are the man suspected of having ordered the murder and four of his alleged accomplices.

It is not clear who their intended target was.

Mexico has been wracked by gang violence for years and the government has deployed federal police and the army in various hotspots in an attempt to crack down on the gangs.

But following the arrest of a number of key leaders, the murder rate has risen as rival cartels fight to fill the vacuum left behind.