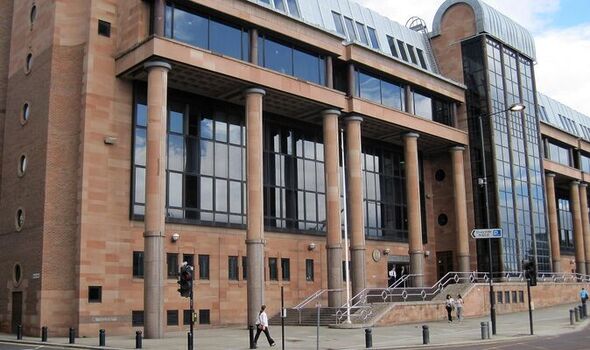 The gang of 14 to 17-year-olds surrounded Jack Woodley in the manner of lions stalking prey, a court heard. They then pulled up hoods and rained punches on him before he was stabbed with a 10in “Rambo knife”, as one yelled: “Get the chopper out and do him”.

The murderous assault began after Jack asked why a crying girl was assaulted, Newcastle Crown Court was told. His parents said they would be “forever haunted” by his injuries.

The mob had gone out last October 16 intent on finding a victim and Jack was murdered at a funfair at the centuries-old Houghton Feast celebration between Durham and Sunderland.

Judge Rodney Jameson QC told them: “You attacked Jack for the excitement and pleasure of inflicting really serious injury on a randomly selected and entirely innocent stranger. It was an attack committed in public to the horror of onlookers who will have included children.”

The boy of 15 who stabbed Jack was given 17 years, the longest term.

The court heard he had an obsession with knives and gang violence. He was recorded on phone footage knifing Jack in the hip and then circling the group before running and stabbing him in the back.

Judge Jameson told him: “I have concluded that you intended to kill when you inflicted the second stab wound. It is exactly the sort of escalation that can occur when violence is carried out mob-handed and when armed with a dreadful, deadly knife.”

He added that the gang’s mood was “celebratory. You were pleased with what you had done.”

Judge Jameson said of Jack: “He was due to start a job, as he left he was going to pick up the keys to a new flat, he had much to look forward to and must have been full of plans. All that was taken away from him.”

The gang, now aged from 15 to 18, received life sentences with minimum terms ranging from 17 years, down to eight for the youngest member. He was 14 and has learning difficulties.

Only one gang member showed any emotion during their sentencing – a 15-year-old who burst into tears as he was told “you will be 26 before you are eligible to be released”.

They were not named due to their age. Earlier, friends and relatives of the gang clashed with Jack’s mother Zoey McGill and the people supporting her. Three people were arrested.

Jurors had heard that Jack was at the fair with his girlfriend and pals when he saw a teenager crying. She had been attacked by a girl because she had kissed one of the defendants.

Prosecutor Mark McKone QC said when Jack, who did not know the gang, asked one youth why the girl was hit he said: “Are you starting?”. Mr McKone said: “This seems to be one of the trivial reasons for the group attack. The group had been looking for any reason or excuse to attack someone.” Police found the knife near a village cricket club.

Jack’s mother said her “cheeky blue-eyed boy” had had a “couple of difficult years in his mid-teens” but had become a “beacon of light”. He had just gained a forklift driver’s licence when he was killed.

His father John said that his heart was “broken into a million pieces. It was a cowardly attack…[he] did not stand a chance.”

The boy who brought the knife and stabbed Jack admitted manslaughter but was found guilty of murder, along with all the other defendants, after a trial in June.