You’re doing it wrong! Prince Charles struggles to put on a face mask in hilarious gaffe

During a visit to the Mini car factory in Oxford yesterday, the 72-year-old made a speech addressing the recent birth of his granddaughter – while acknowledging the revolution of electric cars. However, during a transitional moment, the Prince of Wales appeared to be struggling with his face mask in an unfortunate gaffe.

Applying the mask over his eyes, the Prince of Wales looked like he was putting on a sleep eye mask.

The Prince quickly corrected the mask but not before photographers captured a few different angles of the comedic moment.

This is not Charles’ first face mask gaffe though. He made another funny blunder while trying to drink a pint of beer.

At the end of last month, the Prince of Wales laughed while he struggled to drink the pint in a pub named after himself as he marked the reopening of hospitality. 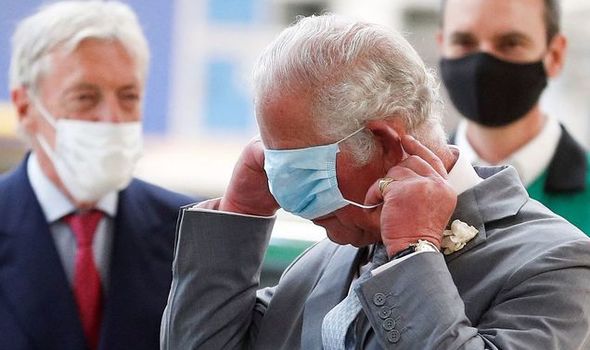 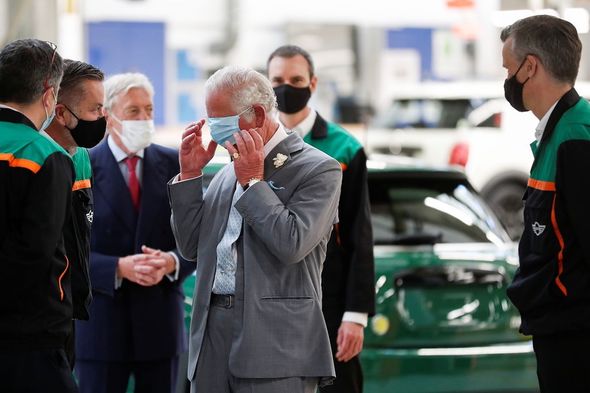 After pouring it from behind the bar, Charles and Camilla erupted into laughter after he pulled the face mask up over his nose in order to drink the beverage.

During the visit to the factory, Charles broke his silence on the birth of his latest grandchild, saying it was “such happy news”.

In a touching tribute to Lili, he explained how the electric car he drove “really does remind one of the necessity of continued innovation in this area.”

He then added that the development was “in view of the legacy we bequeath to our grandchildren”. 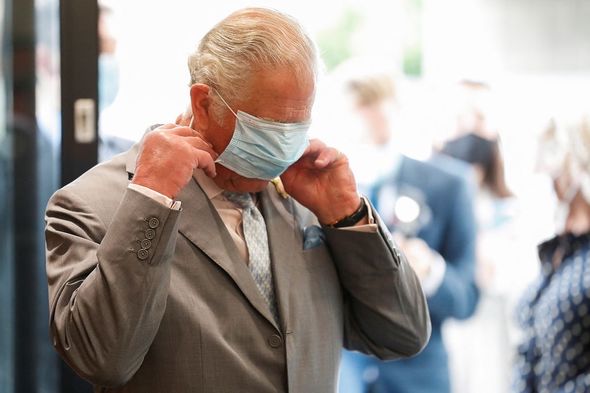 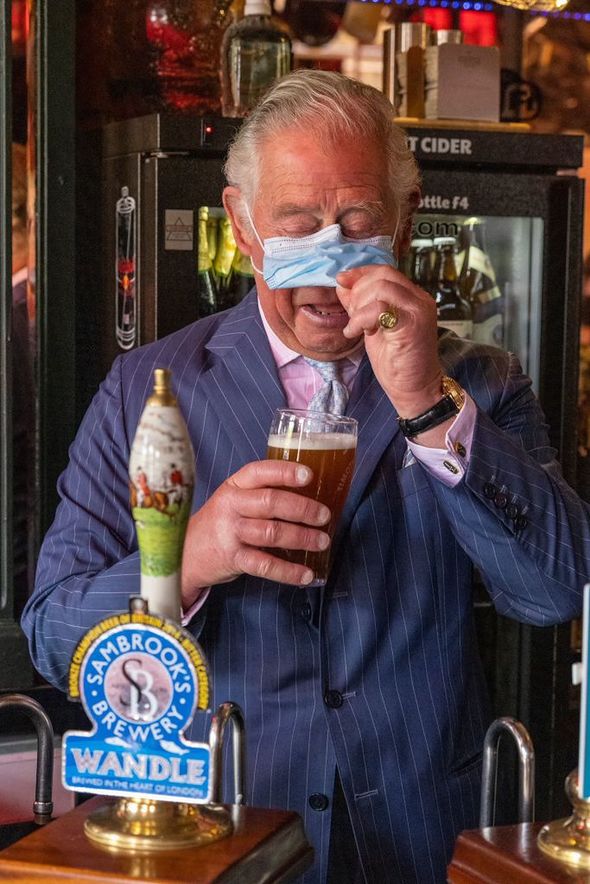 Prince Charles said: “The development of technology like electric vehicles… Is vital for maintaining the health of our world for future generations…

“Something I am only too aware of today, having recently become a grandfather for the fifth time.”

His granddaughter, Lilibet ‘Lili’ Diana Mountbatten-Windsor, was born on June 4.

According to experts, Lili might be the answer to finally healing the rift between Charles and Prince Harry. 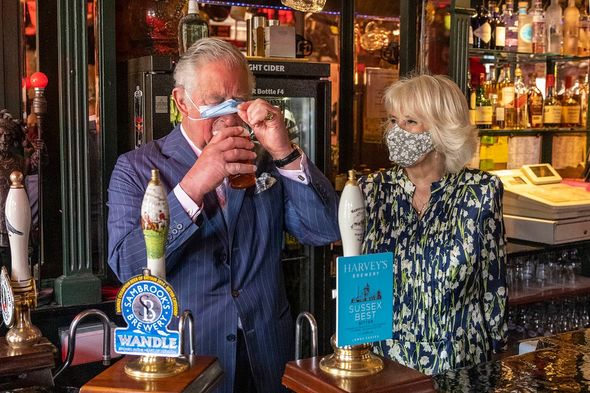 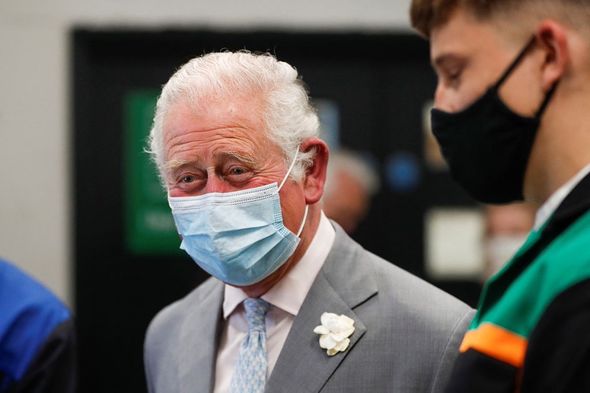 Royal author Angela Levin said the baby’s christening could be an important moment between the Royals.

In an op-ed for the Daily Telegraph, she said: “A new arrival into the Royal Family is perhaps the next best chance for all sides to come together, meaning Lilibet Diana could unwittingly be the human sticking plaster that patches up the rift.

“When an innocent baby smiles, it’s hard not to smile back.

“But this may all depend on Harry seizing the opportunity to have his daughter christened in the UK.”