You Can See What? Neighbors Take Tate Modern to Court Over Privacy

LONDON — The 10-floor viewing terrace of the Tate Modern art gallery in London has a 360-degree view of the city, including some of its most famous landmarks.

But since the museum’s 211-foot-tall wing known as the Blavatnik Building opened in 2016, another aspect of the view has become well known to visitors. Stroll around the enclosed walkway and, at one point, you’ll be staring into the private lives of residents of luxury apartments in a neighboring glass-and-steel building that was completed in 2012.

The owners of four apartments in the building, part of a development called NEO Bankside, are less enamored of the view, and so they sued in 2017. On Friday, a court began hearing their case against the gallery, in which they claimed a “relentless” invasion of privacy.

They are seeking an injunction that would require the gallery either to restrict access to parts of the terrace adjacent to their homes or to erect a screen.

Their claim is playing out as an old-fashioned bricks-and-mortar battle at a time when global concerns about digital privacy and identity have taken center stage. But it also resonates in a debate over who owns public space in this city of nearly nine million.

By operating its viewing terrace, Tate Modern is subjecting the apartments “to an unusually intense visual scrutiny,” Tom Weekes, a lawyer for the claimants, told the High Court in London.

Mr. Weekes said that one of the claimants once counted 84 people photographing the building over a 90-minute period, and “discovered that a photo of himself had been posted on Instagram to 1,027 followers,” according to local media reports. 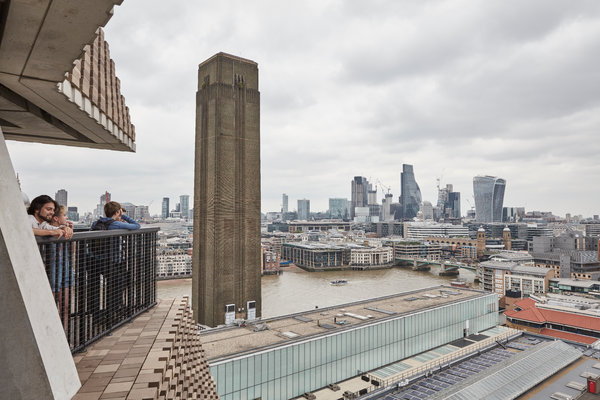 The viewing terrace is a rare spot in London to offer a free elevated look at the city, which explains its popularity with tourists. (A ticket to the London Eye, the giant Ferris wheel by the Thames, costs 25.20 pounds, or around $30, and admission to St. Paul’s Cathedral, formerly the tallest building in the city, is £16.)

Guy Fetherstonhaugh, a lawyer for the Tate board of trustees, told the court that visitors came for the view rather than to gawk at the apartments. He said the apartment owners were unreasonably seeking to “deny to the public the right to use the viewing platform for its intended purpose merely to give the claimants an unencumbered right to enjoy their own view.”

The gallery’s leadership has argued since the opening of the terrace for a simple solution: Have the neighbors draw the blinds on their floor-to-ceiling windows or install curtains.

But the owners of luxury apartments with a river view, which typically go on the market for more than £2 million, have rejected that option.

People reacted to the lawsuit with little sympathy for the apartment owners, with one person writing on Twitter, “So this is what people with too much money do with their time huh?”

This is not the first case in which neighbors’ concerns have clashed in London’s real estate market. In 2014, Boris Johnson, who was mayor at the time, stepped in to broker a deal for an apartment block near the well-known nightclub Ministry of Sound. The developer agreed to include noise protection in the building, and prospective residents signed away their right to complain about the noise.

At Tate Modern, among the popular images posted on social media is a sign asking visitors to respect neighbors’ privacy right next to the view of the building, shown in striking proximity.

The case was expected to continue on Monday.