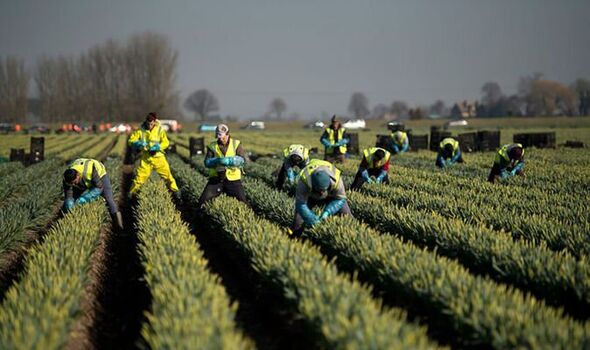 Varfell Farm near Penzance, Cornwall submitted a pre-aplication to Cornwall Council detailing how the farm recently purchased an existing daffodil producer – increasing its land by around 820 acres. As a result, the farm needs to increase its production by 100 million stems – an increase of 33% on the existing workforce.

In doing so, the farm needs to provide the seasonal workers with accommodation, reports Cornwall Live.

Cornwall’s housing crisis is one of the contributing factors to labour shortages, with some types of accommodation previously used by the farm no longer available.

The housing crisis combined with Brexit and the pandemic has reportedly seen fewer workers travel to the UK.

According to Cornwall MP Derek Thomas, 274 million stems were left to rot in the ground last September as a result of labour shortages – equating to around a fifth of the total crop.

Ahead of the harvest which started in the new year, some Cornish growers told industy leaders that if major labour shortages continue they would consider pulling out of supplying daffodils in the long-term.

Last year, The National Farmers’ Union urged the government to expand the post-Brexit Seasonal Agriculture Workers Scheme which was capped at 30,000 migrant workers this year.

According to producers, local people do not want temporary work in the fields despite good pickers earning up to £20 an hour, more than double minimum wage.

He said: “We can’t harvest them, we don’t have enough pickers to pick them. We’re losing hundreds of thousands of pounds.”

“We have significant recruitment drives for local workers to come and harvest crops,” added Mr Newey. “It’s idealistic to think that because of Covid and the higher than usual unemployment rates that those people would come in and do that work.

“I would say that a daffodil harvester is to be highly respected because the work is very hard. You’re out in the cold weather, it’s in Cornwall, it blows pretty hard down there. It’s wet and you’re bending over picking daffodils for three months.

“Frankly, the people that we’ve had to come and do this work, the locals, may last a day or two days, but they certainly don’t last two or three months.”

The application made to the council to allow for the siting of caravans on the land reads: “Varfell Farms Ltd, formerly known as Greenyard Flowers UK and Winchester Growers, is a world leading grower, distributor and packer of daffodil flowers and bulbs and the biggest single daffodil enterprise in the UK.

“It is estimated that Varfell Farms process 35% of the annual global daffodil crop with annual sales revenues of over £15 million.

“Varfell Farms Ltd has recently had the opportunity to purchase an existing significant daffodil producer which also farmed land to the west of the county.

“This acquisition has increased the farm’s land holding by some 331 hectares (820 acres), meaning that the overall area of land farmed this year will be some 1,497 hectares (3,301 acres).

“The acquisition will increase production by a further 100 million stems (33% increase over existing business) and give rise to a need for an additional 400 pickers to harvest the daffodil crop as the daffodil varieties grown by the business being acquired are mid-season varieties that are harvested over a shorter growing season.

“Housing the seasonal workers required to pick and pack the daffodils has long been a challenge for the operators of the business, with only a small percentage of the workers accommodated at Varfell Farm in 31 caravans.

“Until 2020, the vast majority of these workers were housed off-site in various forms of accommodation (e.g. in surf lodges and other forms of holiday accommodation) scattered throughout the area.

“Reliance on the availability of cost-effective, high-quality accommodation off-site also leads to uncertainty when recruiting workers.”

Pre-application PA22/00844/PREAPP will be considered by Cornwall Council by Monday, June 13.