England’s Lionesses won the Women’s Euros at Wembley on Sunday, July 31, but their combined annual salary is less than a quarter of Cristiano Ronaldo’s annual earnings. The team beat Germany after extra time in front of a record Women’s Euro finals crowd of 87,000.

It was also the most watched women’s football match ever in the UK, reaching a peak television audience of 17.4 million on the BBC and a further 5.9 million via digital streams.

The Lionesses brought home England’s first international championship trophy since 1966 but research by RIFT Tax Refunds reveals that the average annual income of female players is £71,131 – equivalent to just one percent of Cristiano Ronaldo’s £6.19million salary.

For representing England both male and female footballers receive the same appearance fee, yet at club level, men’s salaries are up to 100 times more than women’s. 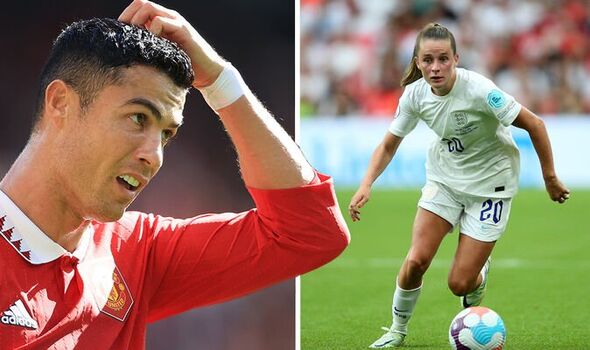 In response, Express.co.uk ran a poll from 2pm on Wednesday, August 3, to 1pm on Friday, August 5, asking readers: “Should women’s footballers be paid the same as men?”

A total of 1,124 people responded with the vast majority, 58 percent (648 people), answering “no”, women’s footballers should not be paid the same as men.

Meanwhile, some 42 percent (470 people) said “yes” they should be paid the same amount.

A further one percent (six people) said they did not know. 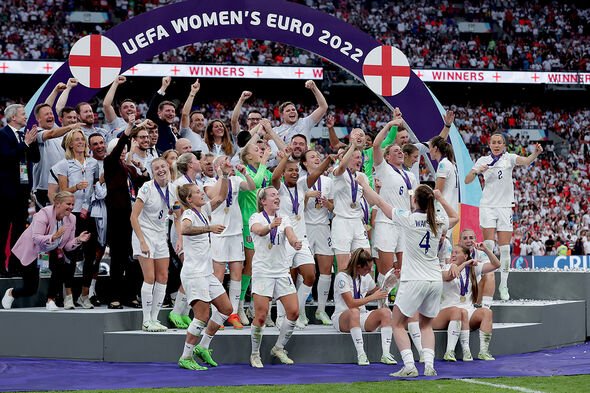 Hundreds of comments were left below the accompanying article as readers shared their thoughts on footballer salaries.

Many argued that female football players did not deserve the same pay as male footballers as the leagues do not generate enough revenue.

Username Wafoo said: “When they generate the same revenue as the men pay them the same. Until then no!”

Another, username AlanRT said: “When they generate the same revenues, sponsorship and crowds as the men!” 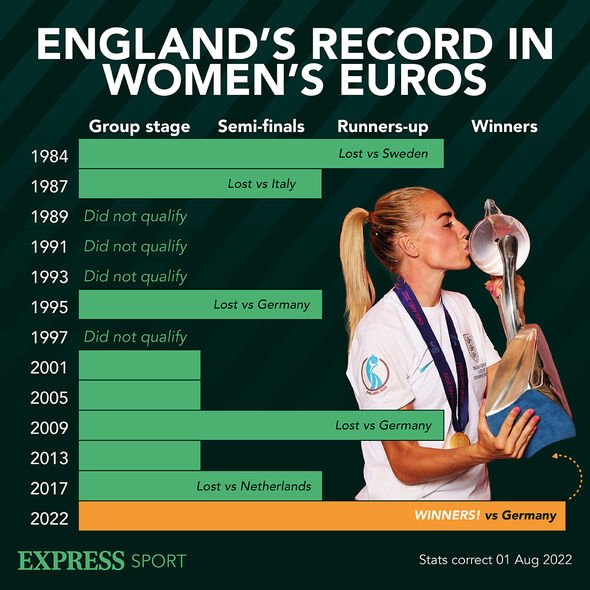 And username EastDevonOldie said: “Where will the money come from to pay massive contracts to the WSL?”

Other readers suggested that male footballers had their salaries reduced to be in line.

Username Orson Carte said: “No, the men should earn the same as the women.”

While username LuvUK wrote: “No, men footballers should be paid the same as women!”

However, some readers thought women’s footballers were deserving of higher salaries.

Username dormus said: “Maybe the women should earn more but the men’s pay at the top is obscene.”

And username Up The Villa said: “They should be paid more to be fair. At least they bring it home!”