Why obesity should be treated like a disease: 'Nobody chooses to be overweight'

The 34-year-old from Chester-le-Street, Country Durham, lost around nine stone at one point but found himself putting the weight back on.

Mr Hughes, who has completed the Great North Run three times, tells Sky News why he feels obese people are misunderstood and the condition should be treated like a disease.

Nobody chooses to be overweight, not at all.

I don’t think there are people who are out there who want to be overweight, that would be absolutely crackers.

It was never my choice to let it get out of control. 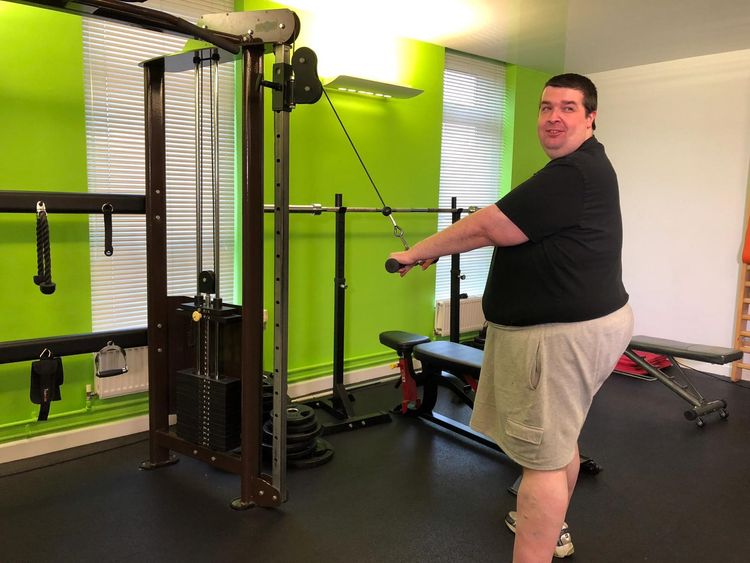 If someone sees me walking down the street they don’t know my back story and how I gained the weight or anything like that.

I’ve suffered from asthma all my life and was on steroids for it between the ages of eight and 13.

This is when I first started having problems with my weight, and it has peaked and troughed throughout my life ever since.

Being on steroids had a huge effect on me because it increased my appetite and things like that.

Steroids can also cause you to gain weight which is not proportionate to the amount you are eating.

It wasn’t until my late teens or early 20s that I started trying to do something about how much I weighed, but the heaviest I’ve come in at is 27st 13lbs in December last year.

But after that I had a very difficult break-up with a long-term girlfriend and something just triggered in my brain – it said: “You’re going to the gym seven days a week.”

During that time I dropped down to 18 stone (114kg) in a very quick time indeed. 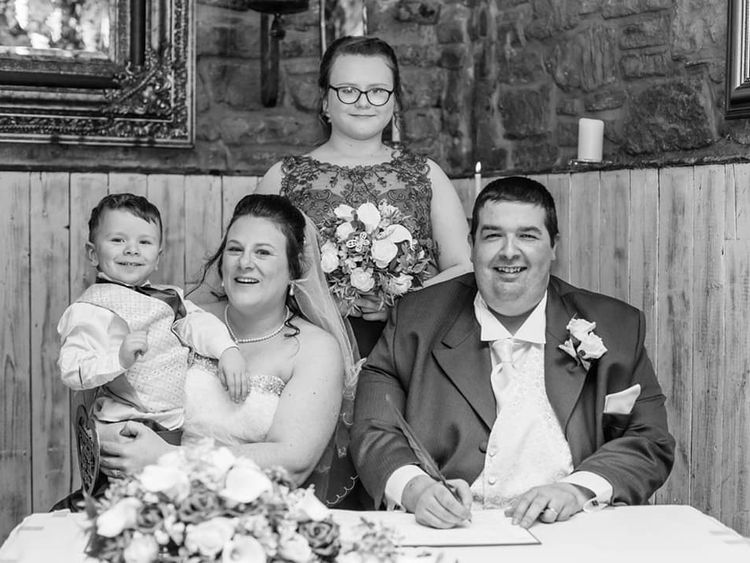 My obesity isn’t down to laziness – I have run the Great North Run half marathon three times.

I’d train for it with practice runs and take myself off to the gym, I’d also eat well because I had that goal in mind.

But once those marathons were over, I didn’t have that goal, that motivation, and so the poor eating habits started again.

I would say one of things that causes me to overeat is the pressures of not having much free time.

For me the latest run of weight gain started when my three-year-old son Jack was born. 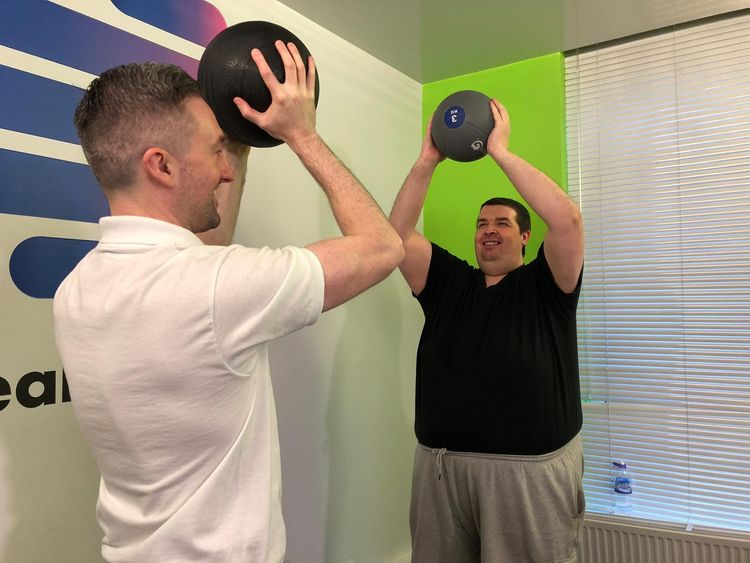 When you have a newborn baby you spend most of your time looking after them and your needs or wants just fall by the wayside.

In doing that you’re probably making bad food choices because you’re thinking you’ve only got five minutes to eat.

I was quite good at attending the gym for a good couple of years, but I stopped when my son came about.

Sometimes, with my wife working shifts and me working 9-5, I come in and my son and 13-year-old step-daughter have already eaten.

You find that you’ve missed a meal and then you make the wrong decision.

In these situations I’ll sometimes end up stuffing my face with chocolate, crisps and often bread.

It’s easier to take a few slices out of the cupboard and to make some toast rather than making a proper meal or anything like that.

I’ve signed up to a free weight-loss program with a private healthcare provider, so I am exercising, speaking to psychologists and dietitians, and doing something about my weight.

I find it difficult to answer when people ask me if I think obesity is a disease, because different people seem to have different elements in their lives that contribute to them being overweight.

You could look at a line-up and rubber stamp a few people and call them obese, but you don’t know what other underlying health issues they might have or what their background is.

That’s a big thing for me, the fact you never know what underlying health issues people have.

Somebody could be obese because they can’t move very well due to arthritis.

It has to be seen as something that we can tackle like a disease, because I believe people might not know what they are putting into their body sometimes.

That’s not out of them wanting to do that – it’s out of them not knowing enough about their bodies.