When are the next public transport strikes? November 2022 dates 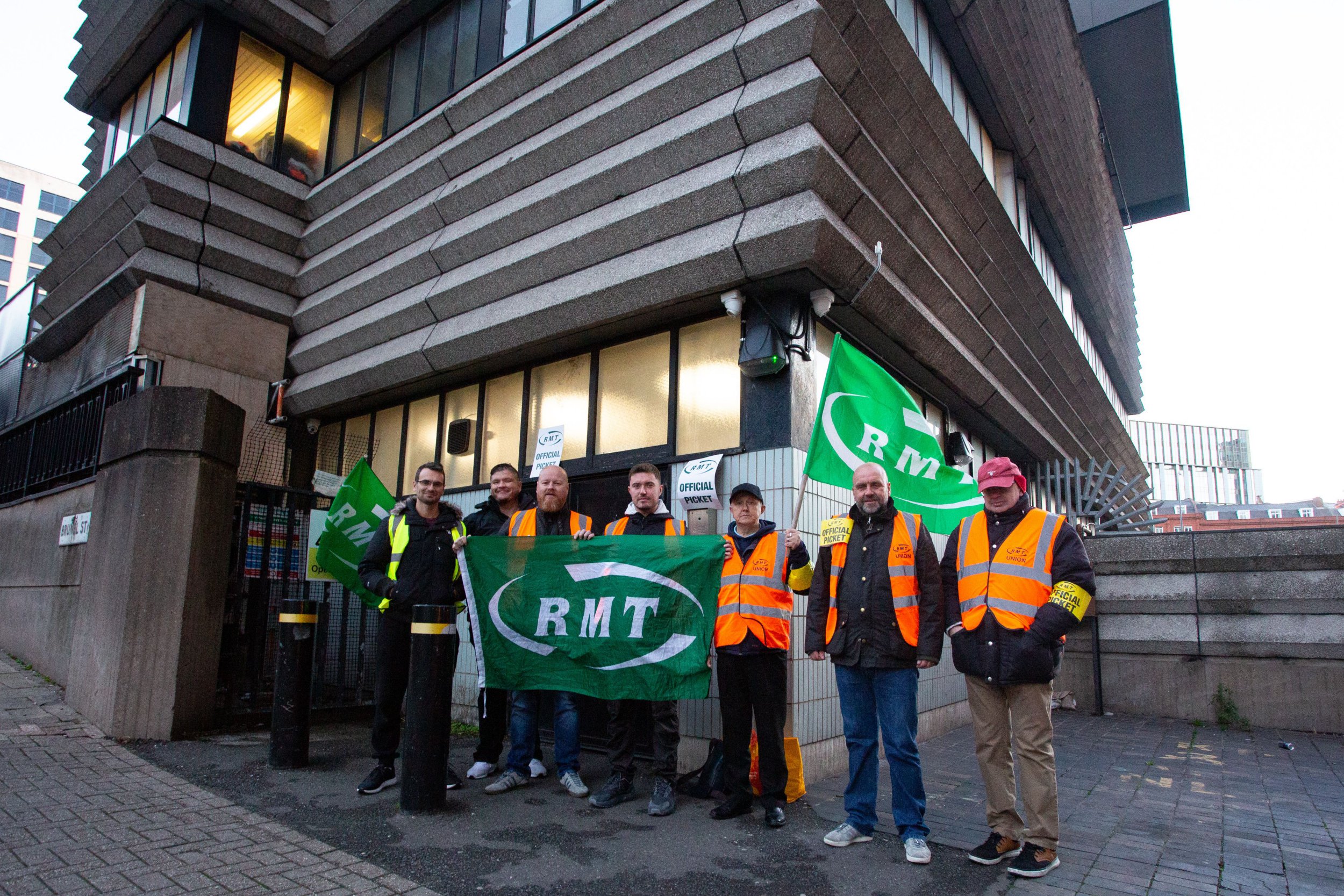 The UK is bracing itself for more travel disruption that is looking to extend into the new year, with fresh strikes being announced today.

The RMT (National Union of Rail, Maritime and Transport Workers) has announced four weeks of industrial action that will, at various points, see over 40,000 members across Network Rail and 14 Train Operating Companies walk out and an overtime ban also in place.

Rail workers across the UK had been set to hold strikes earlier this month, but they were called off at the last moment.

A matter of hours before the first strike on November 5, the RMT said it had secured ‘unconditional’ talks with Network Rail.

However, while the union said the strikes were called off ‘in good faith’ it accused Network Rail of failing to improve on its offer.

The union also alleged that the Rail Delivery Group (representing the train operating companies) also broke a promise to make a meaningful offer and cancelled negotiations.

A spokesperson for the RDG has said: ‘We are asking the RMT to stay at the negotiating table, work with us towards a fair deal and end a dispute that is harming passengers, the industry, and their members.’

So, when can you expect the round of strike action to take place?

Here’s everything you need to know.

When are the next public transport strikes?

Train drivers at 12 operators are to strike on November 26 in a long running dispute over pay.

An overtime ban will also be in place from 18 December until 2 January, meaning disruption will be possible for a period of four weeks.

RMT Secretary Mick Lynch has said of the latest action: ‘This latest round of strikes will show how important our members are to the running of this country and will send a clear message that we want a good deal on job security, pay and conditions for our people.

We have been reasonable, but it is impossible to find a negotiated settlement when the dead hand of government is presiding over these talks.’

He went on to apologise to the public for the inconvenience and urged ‘all trades unionists in Britain to take a stand and fight for better pay and conditions in their respective industries.’

Aslef Train drivers at 12 operators are also due to strike on November 26 in a long-running dispute over pay.

Aslef general secretary Mick Whelan said: ‘We regret that passengers will be inconvenienced for another day.

‘We don’t want to be taking this action. Withdrawing our labour is always a last resort for a trade union.’

Why are the strikes happening?

The unions are in an ongoing dispute with the government and rail companies about pay, job cuts, and changes to terms and conditions – with a settlement between parties yet to be reached.

Unions say that their members’ salaries don’t reflect the rising cost of living.

RMT union general secretary Mick Lynch explained: ‘Some of our members on the train operating companies are some of the lowest paid on the railways.

‘This stands in stark contrast to rail operating company bosses making millions of pounds in profit. We remain open to meaningful talks, but we are steadfast in our industrial campaign to see a negotiated settlement for all our members in this dispute.’

Mr Lynch also added recently: ‘Our focus in this dispute is the rail employers who have yet to make an offer that will create the conditions for a negotiated settlement.

‘I call upon the new Prime Minister Rishi Sunak to unshackle the rail industry so they can come to a settlement with RMT. We will vigorously pursue our industrial campaign until we achieve a deal.’

When announcing earlier train driver strikes in September 2022, ASLEF general secretary Mick Whelan said: ‘We regret that, once again, passengers are going to be inconvenienced because we don’t want to go on strike – withdrawing our labour, although a fundamental human right, is always a last resort for a trade union – but the train companies have forced our hand.’

He said the pay deal on the table from operators amounted to a ‘real terms pay cut’ because of spiralling inflation.

Mr Whelan continued: ‘We want the companies – which are making big profits, and paying their chief executives enormous salaries and bonuses – to make a proper pay offer to help our members keep up with the increase in the cost of living.

‘That’s why we are calling on the companies today to do the right thing – the decent thing – and come back to the negotiating table with an offer our members can accept.’