What We Know About the Deadly Stampede in Israel

A stampede during a mountainside religious celebration in Israel on Thursday night left at least 45 people dead and scores more injured. Here is what we know so far. 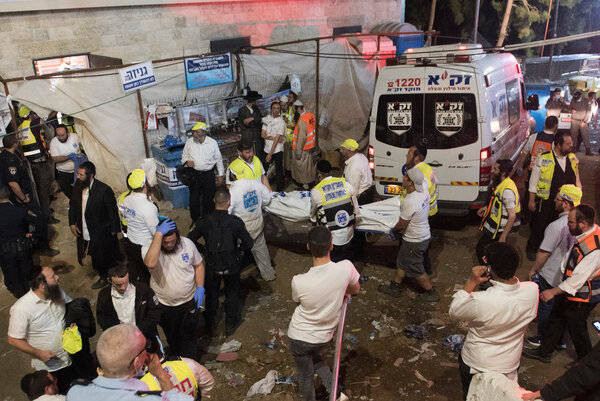 By Marc Santora and Isabel Kershner

The morning after a deadly stampede on a mountainside in Israel left at least 45 people dead and scores more injured, the authorities were investigating on Friday how a joyous religious ceremony was transformed into one of the deadliest civilian disasters in the nation’s history.

By some estimates, roughly 100,000 people had thronged to the Mount Meron tomb of an ancient rabbi, the site of the annual celebration, congregating around towering bonfires that lit up the night sky in the northern reaches of the country. It was the largest gathering since the start of the coronavirus pandemic and was approved by the authorities despite concerns that it could fuel an outbreak.

But an evening of prayer and dancing turned chaotic around 1 a.m., when thousands of people found themselves trapped in a crush.

Witnesses described a desperate scene, as an avalanche of people surged, with adults and children caught in the maelstrom struggling for air.

On Friday morning, as the dead were laid out on the ground in body bags, the large black hats worn by some Orthodox Jewish men visible, there were many questions about what caused the stampede.

Here is what we know.

What caused the stampede? 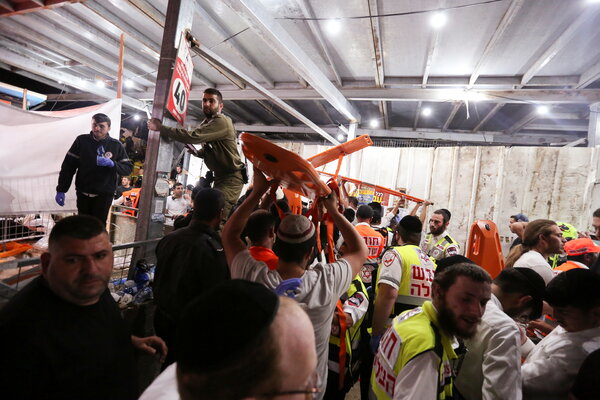 The exact moment when the crowded event turned into a desperate struggle for survival remained under investigation on Friday.

According to witness accounts, video from the event and preliminary statements from health authorities, the flow of people through the narrow alleys around the main stage where a bonfire was lit and thousands were dancing and praying became clogged and around 1 a.m.

“It happened in a split second; people just fell, trampling each other. It was a disaster,” one witness told the Haaretz newspaper.

The situation quickly escalated, as people piled atop one another in a narrow passageway with a metal-floored slope. One of the injured, Chaim Vertheimer, said that the floor had become slippery from spilled water and grape juice.