Violence breaks out at iPhone factory as workers clash with police

Workers have been beaten and detained after clashing with guards outside the gargantuan Foxconn factory in China.

Employees at the world’s biggest iPhone factory were protesting over pay and anti-virus controls introduced to curb a rise in coronavirus infections.

Videos filmed at the factory in the central city of Zhengzhou showed thousands of people in masks facing rows of police in white protective suits with plastic riot shields.

Police kicked and hit a protester with clubs after he grabbed a metal pole that had been used to strike him.

Responsible for producing 70 per cent of the world’s iPhones, the Foxconn facility employs over 200,000 staff – but is often criticised for working conditions. 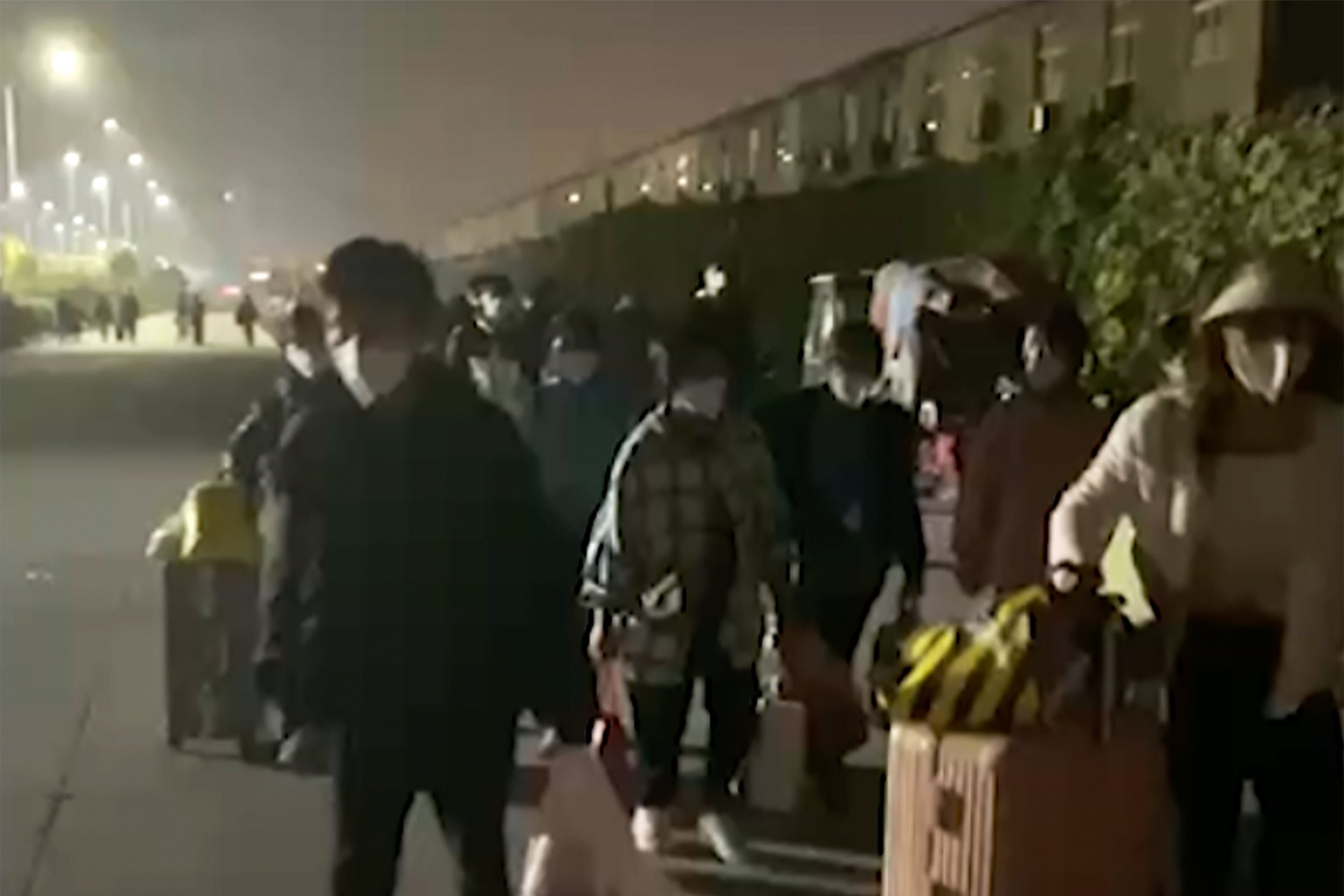 Now, frustration with restrictions in areas throughout China has boiled over into protests. Videos on social media show residents tearing down barricades set up to enforce neighborhood closures.

According to Li Sanshan, an employee at the factory, Foxconn changed conditions for new workers who were attracted to the site by offers of higher pay.

Li, 28, said workers were angry after being told they had to work two additional months at lower pay to receive the 25,000 yuan.

‘Foxconn released very tempting recruiting offers, and workers from all parts of the country came, only to find they were being made fools of,’ Li told the Associated Press.

Foxconn denied what it said were comments online that employees with the virus lived in dormitories at the Zhengzhou factory. It said facilities were disinfected and passed government checks before employees moved in.

‘Regarding any violence, the company will continue to communicate with employees and the government to prevent similar incidents from happening again,’ the company said in a statement.

Foxconn said earlier its Zhengzhou factory uses ‘closed-loop management,’ which means employees live at their workplace with no outside contact.

The protest ocurred as thousands of workers gathered outside dormitories and confronted factory security workers, according to Li.

A man who identified himself as the Communist Party secretary in charge of community services was shown in a video posted on the Sina Weibo social media platform urging protesters to withdraw. He assured them their demands would be met.

Meanwhile, Apple has warned deliveries of its new iPhone 14 model will be delayed due to anti-disease controls at the factory.