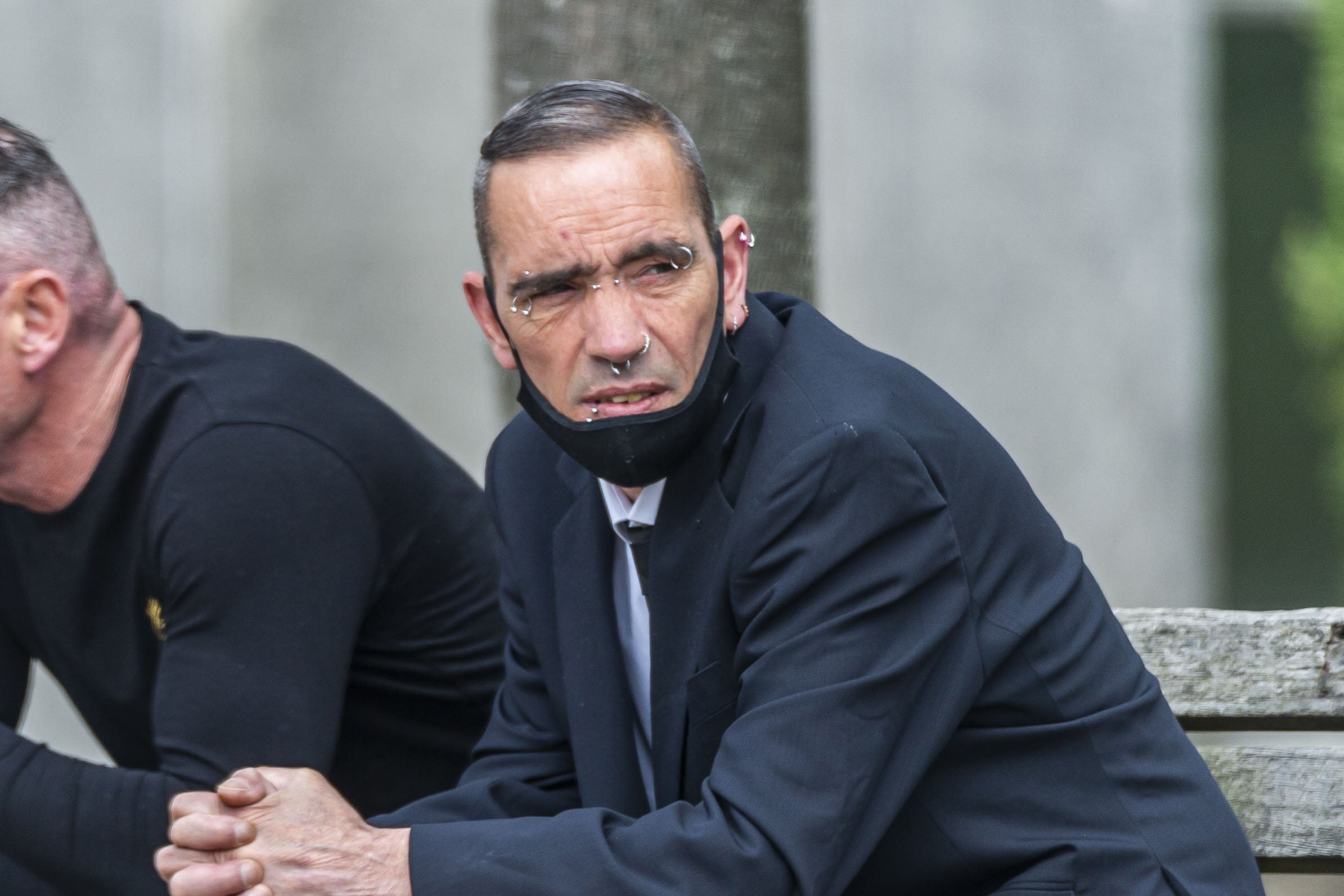 Stephen McCartan, from Poole, avoided a prison sentence but was instead given a 12-week community sentence and a curfew after driving the Morebus double decker on December 27 last year.

The 52-year-old prised the doors of the bus open in order to sleep on the top deck, Poole Magistrates’ Court was told.

After waking up an hour later, the former Royal Engineer managed to start up the vehicle.

The court heard he then crashed the 120-tonne bus into railings and a parked Fiat Panda car, which was written off.

He then drove 3.4 miles toward his house, but abandoned the vehicle with the engine still running.

Shami Duggal, prosecuting, said: ‘The defendant was seen to stagger into Poole bus station on CCTV at 1am in the morning.

‘He was seen to open the doors of the bus. He climbed to the top deck and went to sleep for over an hour and was then seen to sit in the driver seat and tried to get the bus started.

‘He drove to Egmont Road and left the bus, with engine the still running, next to the play park at Turlin Moor.’

McCartan, a Northern Ireland veteran, said he had ‘no memory of the incident’ but was ‘extremely remorseful and upset’ and accepted it was him who drove the bus.

Ewa Russell, defending, said: ‘It is a rather bizarre thing to do and something you can’t get away with.

‘Mr McCartan is unable to offer any reasonable explanation, he hardly recalls the incident but he did recognise himself in the images and accepts it was him.’

She explained McCartan struggles with depression and anxiety, and had taken Xanax – a fast-acting tranquiliser – that night to help with his nerves.

The court also heard he ‘probably’ has post-traumatic stress disorder following his time spent in the armed forces, as he refused to talk about his time in Northern Ireland.

Alongside the community order, deputy district judge Clare Boichot ordered the veteran to pay £500 compensation and disqualified him from holding a driving licence for 18 months.