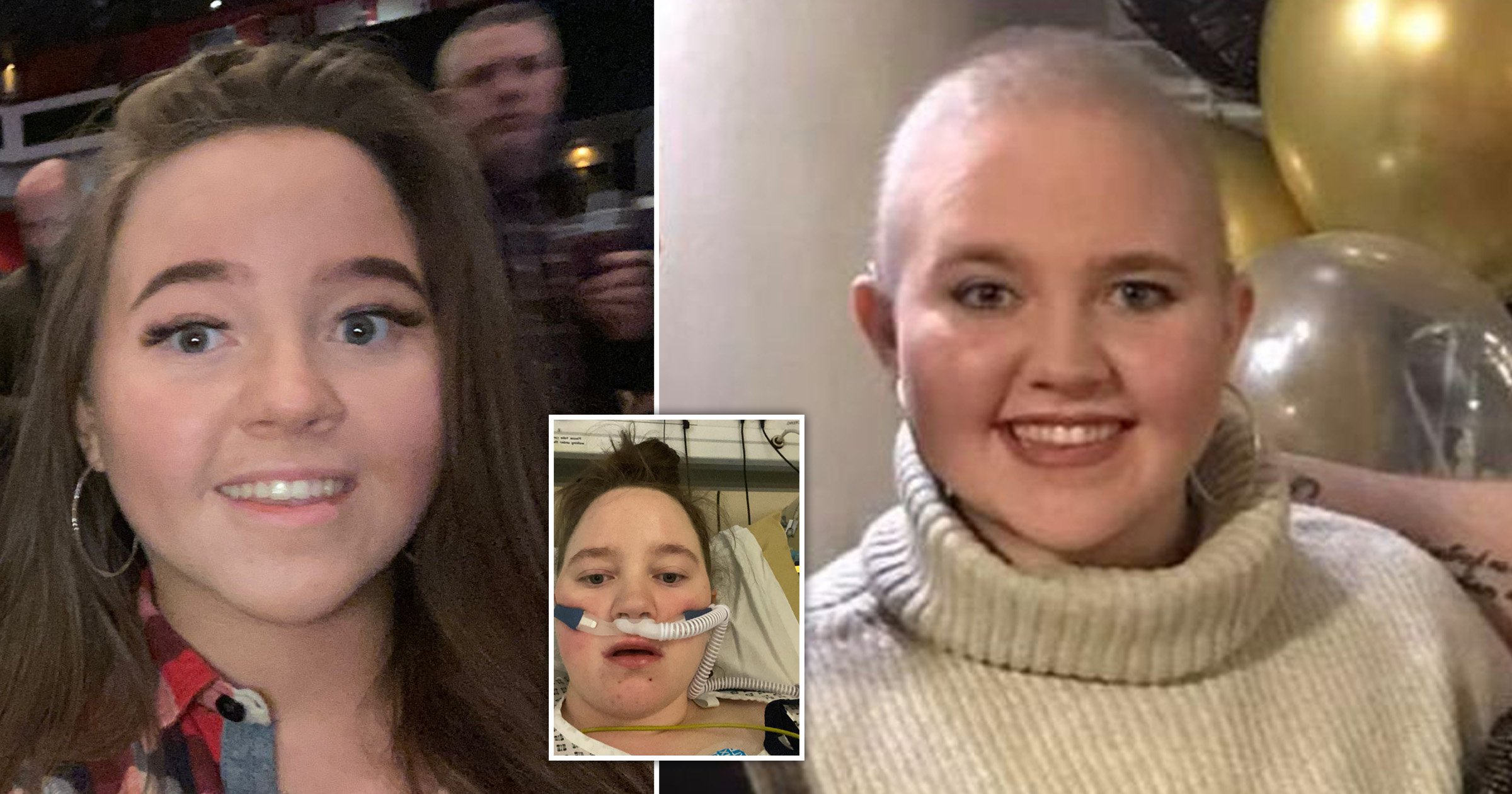 An unvaccinated woman from south Wales lost her hair and had to learn to walk again after Covid-19 placed her in a five-day coma.

Ffion Barnett, 22, was invited to receive her jab and was deliberating whether to get it when she tested positive in August – two days after her birthday.

She told BBC News: ‘While I was in that sort of thought process, I caught Covid, and I was actually leaning towards having the vaccine anyway.

‘But I caught Covid and it was just really bad timing.’

A week after testing positive, Ffion was admitted to Royal Glamorgan Hospital because she was struggling to breathe.

She entered ICU a day later, on August 13, before doctors placed her in a five-day induced coma.

Her rapid heart rate – which she claims was around 180bpm – was putting her at risk of cardiac arrest.

Ffion was also on ‘100% oxygen’ to help her breathing and suffering from pneumonia brought on by the virus.

Following more than a two-week stay in hospital, she had to learn to walk, talk and eat again, with other people having to make her food for her.

Speaking to ITV News, Ffion said: ‘When I did manage to talk it just wasn’t my voice. Then, when I got home, I needed looking after.

‘I needed help bathing [and] people had to make my food for me.’

She also has fatigue after the incident, which ‘doesn’t seem to be getting better’ several months later.

While the ‘vulnerable’ student revealed she has now been vaccinated after the health scare, she said people should ‘make that best choice that’s personal to them’.

She added: ‘People need to make their own choice, and work through each and every argument if they don’t want to get vaxxed, and see it from both sides.

‘[People should] stay away from being biased by one side or the other. I think [they] need to look at all the facts and just decide what’s best for them. People are just ultimately scared.’

After admitting that she thought she was ‘safe’ as a young person with no underlying health conditions, the waitress said she now wants others her age to know that Covid ‘isn’t just dangerous for the elderly’.

‘They can get it quite severely,’ Ffion added.