Ukrainian sniper 'takes out two Russian troops in one shot from 4,000ft away'

Extraordinary footage posted by Ukraine appears to show a sniper hitting two Russian soldiers from a long distance with a single shot.

Along with the remarkable shot, the sniper was also able to take out five enemy soldiers in just five minutes, killing three and wounding an additional two.

‘Five minutes – five hits. That’s a result that a sniper of the Special Operations Forces of the Armed Forces of Ukraine showed against Russian occupiers,’ the military confirmed in a post on Facebook.

Although it is unknown where exactly the firefight took place, elsewhere in the post the forces claimed the action took place somewhere in the Donetsk region.

The sniper’s bullet is believed to have been fired over 4,000ft away from its target – just days after another long-distance strike from a Ukrainian marksman was reported to be the second longest combat kill ever recorded.

Extraordinary footage of the shot, believed to have been taken from the sniper’s scope, shows the oncoming Russian troops looking like nondescript blobs in the distance. 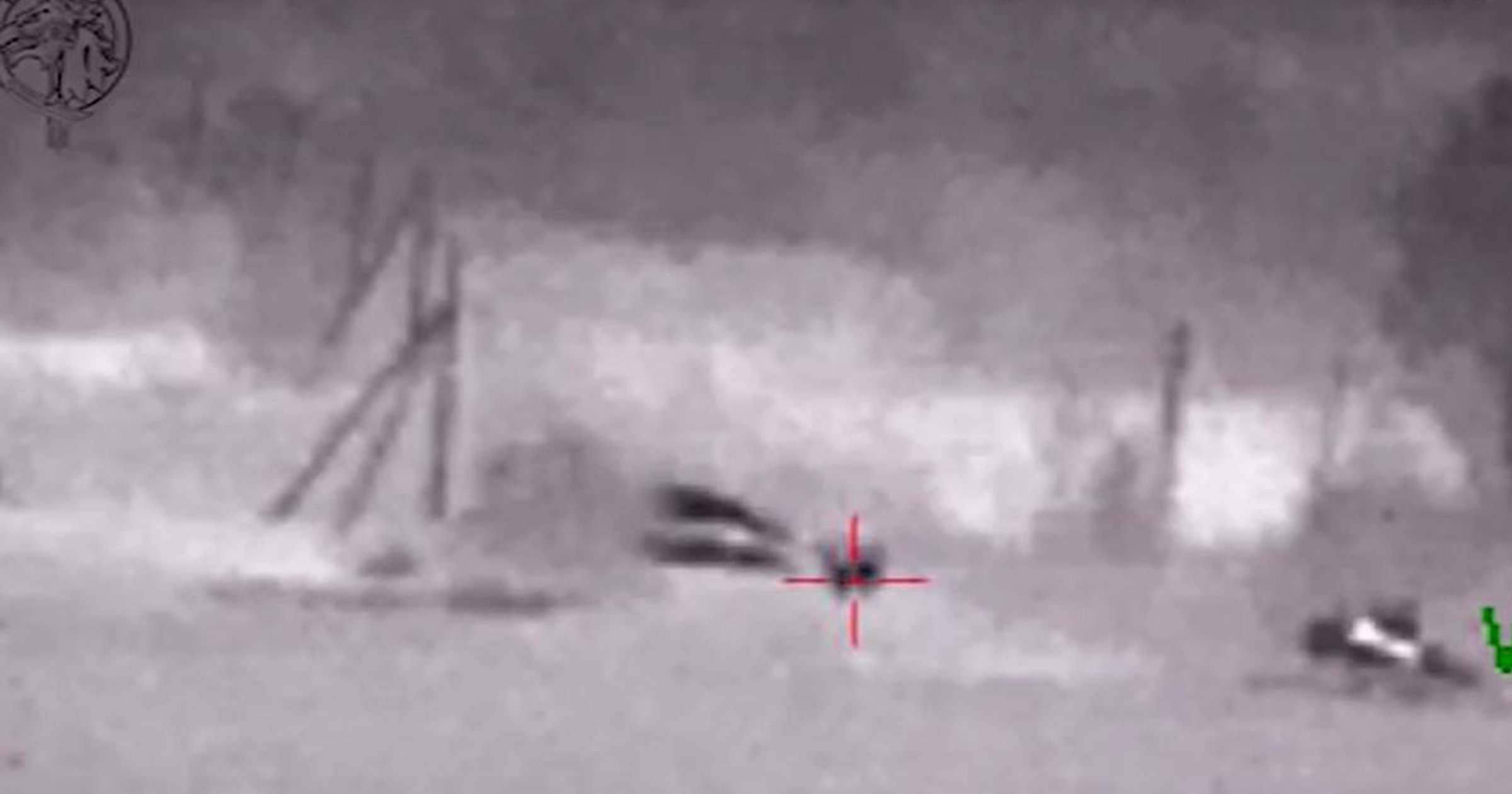 The scope then jumps upwards and momentarily goes blank as the sniper takes his shot, before the figures slump to the ground shortly after.

The soldier is thought to have been part of the 3rd Special Purpose Regiment of the Special Operations Forces of Ukraine, who had been patrolling the Donetsk region during the time of the incident.

‘It happened in the Donetsk direction. As a result, three Russians were killed and two were wounded,’ the regiment said on Facebook.

‘During work, it was possible to hit two enemies at once with one shot.

‘For your attention – a fragment of the work of our soldier, captured on camera.’

The Ukrainian military gave no further details about the sniper killing, but the shot is believed to have been fired from a Snipex Alligator – a powerful long-distance rifle capable of hitting targets from over 23,000ft away.

A Canadian sniper currently holds the record for the world’s longest kill after taking out an Isis soldier in Iraq in 2017 from a distance of 11,300ft.

British sniper Craig Harrison previously held the world record when he gunned down a Taliban soldier from 8,120ft in 2009.

But Harrison appears to have been pushed into third place by the Ukrainian marksman.

‘Very quick and accurate work by one of them last night.’