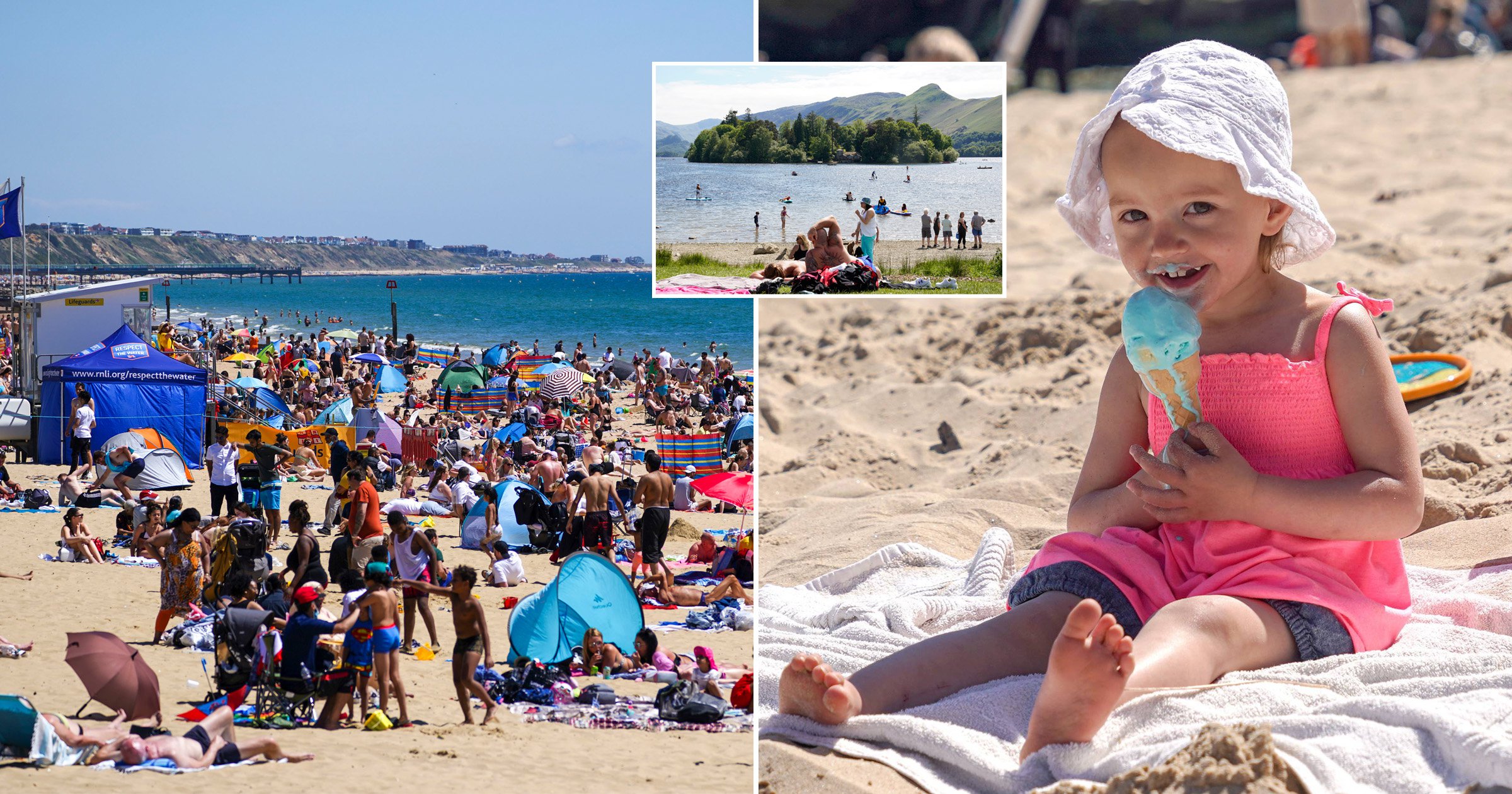 It’s going to be another week of sunshine for much of the UK, with high temperatures predicted across the country.

After a sizzling start to June already, the good weather looks like it’s here to stay with the mercury rising above 25C in London on every day for the next ten days, according to forecasters.

The Met Office told Metro.co.uk the chances of a heatwave – three consecutive days of above average temperatures – are increasing from Wednesday.

It’s good news for those now planning to spend their summer holidays at home after thousands were left disappointed by the removal of Portugal from the UK’s green travel list.

Indeed, it looks like the UK will be hotter than the Mediterranean country on some days in June, with highs of 30C expected.

While northern and eastern parts of England are seeng thundery showers on Monday, other parts of the country are enjoying dry, sunny spells.

Met Office meteorologist Becky Mitchell said: ‘Those showers could be quite heavy and intense, and thundery in some areas.

‘However other parts of the country will see a relatively nice day.’

Dry and sunny conditions will return on Tuesday for most areas, although cloudy skies are forecast across Scotland and Northern Ireland.

Temperatures on Tuesday are expected to peak at 25C around London. The South East is forecast to remain dry on Wednesday with the mercury reaching highs of 25C again, while other areas could see some cloud and rain.

A similar picture is expected on Thursday, with cloud and rain forming in the west, ahead of a largely dry weekend.

Last week saw the hottest day of the year so far with temperatures hitting 29C and some longer-range forecasts say this could be beaten again before the end of the month.

The Met Office currently states: ‘June 20 to July 4 has temperatures likely to be above average, with a good deal of fine and dry weather for the end of June.’

Families enjoyed a large warm half term last week, with Brits heading to parks and beaches to enjoy the weather.

Coral is offering odds of 4-6 that this June will be the hottest on record. Spokesman John Hill said: ‘We’ve already been treated to some glorious weather so far this month – and the best may still be to come.’

Met Office Chief Meteorologist Neil Armstrong told Metro.co.uk, ‘The chances of heatwave criteria being met are increasing as warmer weather develops across much of the UK this week with very warm weather increasingly likely across parts of southern and eastern England from Wednesday.

‘Above average temperatures are likely to continue next week as well, with a small chance of seeing hot weather towards the middle of the week.

‘Climatologically, heatwaves become more likely through the second half of June but current extended range forecasts suggest temperatures are most likely to be around normal across northern and western UK, and slightly above normal across central and eastern areas.’