BRUSSELS — The Trump administration downgraded the diplomatic status of the European Union’s delegation to the United States last year without making a formal announcement or informing the bloc about the change, a European official said on Tuesday.

After protest from Brussels and discussion between the European Union and the Trump administration, the reclassification of the delegation and the consequent demotion of the ambassador, David O’Sullivan, is understood to have been reversed, at least temporarily, the official said.

Mr. Trump has been critical of multilateral institutions, and his secretary of state, Mike Pompeo, delivered a provocative speech in Brussels on Dec. 4 in which he questioned the value of multinational organizations and institutions like the United Nations and the European Union. Mr. Pompeo then asked whether the European Union was “ensuring that the interests of countries and their citizens are placed before those of bureaucrats here in Brussels.”

The next day, the European Union’s demotion from a member state to an international organization became clear at the funeral of President George Bush, when Mr. O’Sullivan’s name was not called in the expected order, dictated by diplomatic protocols. The names of diplomats who had gathered in Washington to pay their respects were spoken, as is, custom, from the longest-serving to the newest ambassador, a European Union official told the German news agency Deutsche Welle. “But he was called up as the last person.”

Before the demotion, Mr. O’Sullivan, who has been ambassador to Washington since 2014, would have been ranked among the first 20 or 30 ambassadors of the more than 150 foreign representatives in Washington. 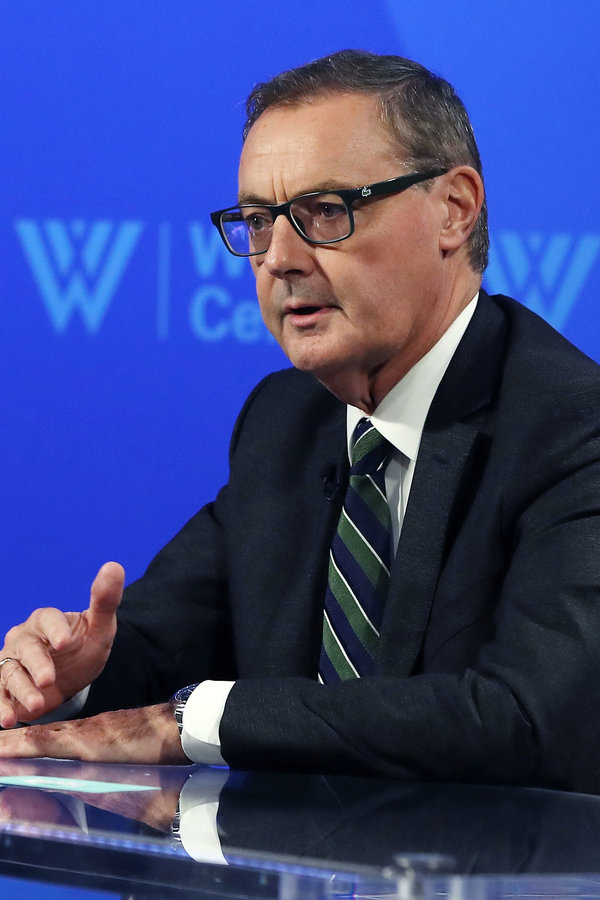 News of the change was first reported by Deutsche Welle.

“We understand there was a change in the way the diplomatic precedence list is implemented by the United States protocol, and we are currently discussing with relevant services in the administration possible implications for the E.U. delegation in Washington,” said Maja Kocijancic, the European Union’s chief spokeswoman for foreign affairs. “But ultimately this question should be directed to the U.S. administration.”

The United States Embassy in Brussels said it would consult with Washington before responding.

Mr. Trump has made little secret of his antipathy toward the European Union, which he described in July as a “foe” of the United States when it comes to trade.

As Prime Minister Theresa May of Britain was scrambling in November to win support for an agreement with the European Union on her country’s withdrawal, Mr. Trump derisively referred to the deal as “great” for the bloc and said that it could prevent the United States from reaching a free-trade accord with Britain.

Those remarks came a month after Mr. Trump, in an interview on “60 Minutes,” said that “The European Union was formed in order to take advantage of us on trade, and that’s what they’ve done.” (The bloc was, in fact, created to expand cooperation, establish European citizenship and introduce a single monetary policy).

The European Union is expected to select a new ambassador to Washington soon, and it is not yet clear what status that envoy will have.

“The move is the latest in a series of negative signals from the administration regarding the place of the E.U. in the international order,” said Ian Lesser, director of the German Marshall Fund office in Brussels. “It is very much in line with the tough language from Secretary Pompeo in his recent Brussels speech. Washington focuses on states and national sovereignty and the E.U. does not fit easily in this vision.”

The Trump administration has also been threatening a trade war with Brussels and the 28 member states of the bloc, insisting that a trade deficit in goods of about $150 billion a year needs to be reduced sharply. (Washington has a trade surplus in services with Brussels.) The move may be a way to increase pressure on Brussels to make more concessions in trade negotiations over steel, aluminum and cars.