Tube line 'could be closed' due to TfL funding crisis 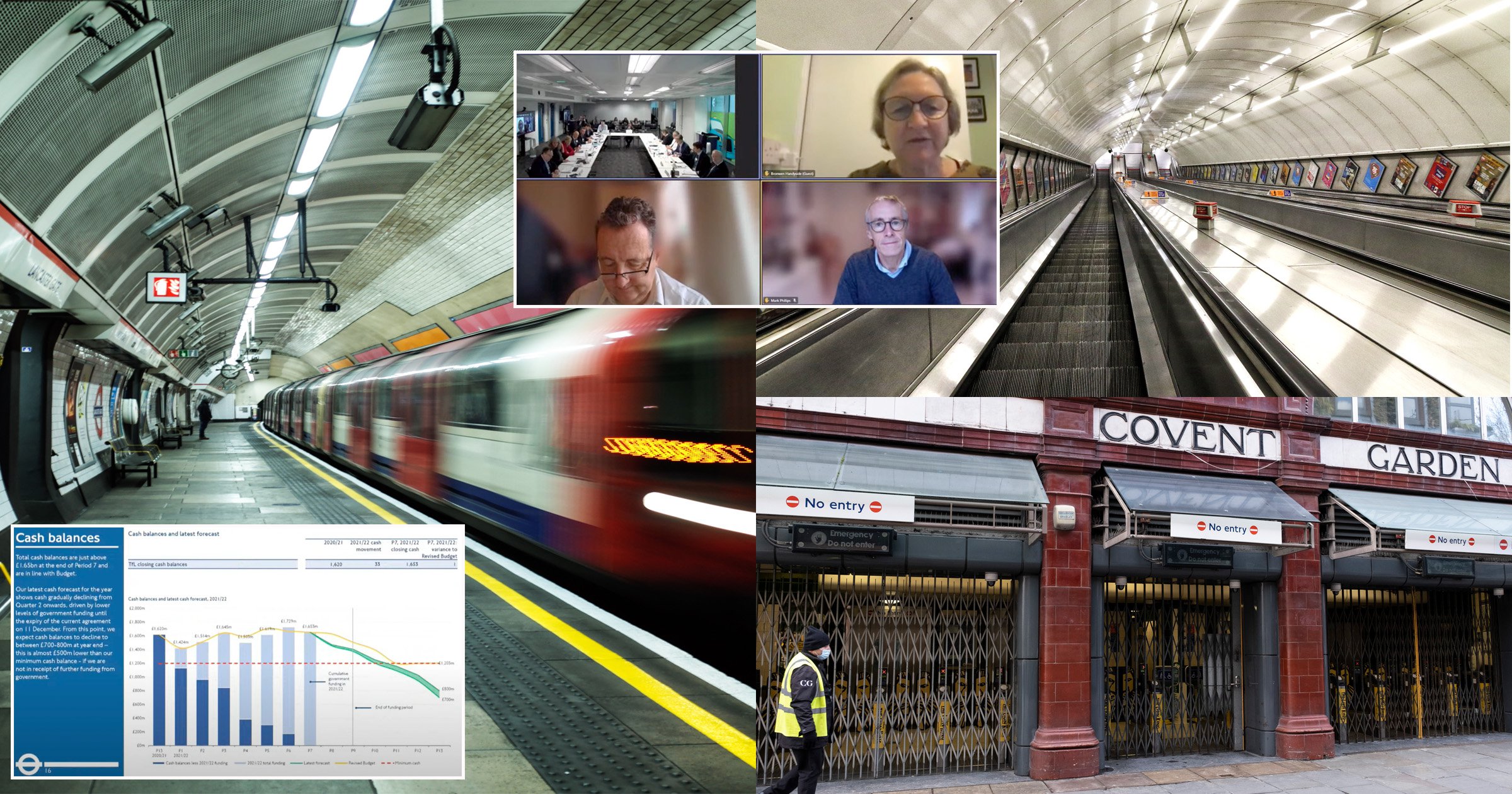 An entire tube line may have to close and over 100 bus services in the capital could be cut without government funding, Transport for London has warned.

The options are being considered amid ‘significant customer disruption’ if financial support from the government is not secured and the network falls into ‘managed decline’.

On Wednesday, TfL finance chief Simon Kilonback painted a bleak picture of what the failure to secure funding would mean.

He told the TfL finance committee: ‘We would have to reduce tube network by 9% and the bus network by 18%.

‘On the bus network in practice, this means over 100 routes being withdrawn and on the remaining routes 200 would have service frequency reductions.

‘For the tube network, we’re still analysing the impacts, for example of a full closure of a line or part of a line or smaller reductions across the whole [Underground] network’.

The tube lines at risk of closure were not mentioned but the Bakerloo Line, which has trains dating back to the 1970s, is reportedly at risk.

Mr Kilonback also said there was a risk that TfL would have to issue a ‘section 114 notice’ and effectively declare itself bankrupt.

Such a move would mean it would only commit to providing services required by law, such as school buses, taxi licensing, some road repairs and the Woolwich ferry.

An emergency funding agreement between the Government and TfL expires on December 11.

Andy Byford, London’s transport commissioner said he was not being ‘hyperbolic’ but believed there was ‘less than three weeks to save TfL’.

Mr Byford said: ‘If we do not get the help that we’re seeking, I believe that there would be far-reaching consequences for Transport for London and everyone that relies on it.’

He said that without the financial help TfL would fall into ‘a very damaging and vicious downward cycle of underinvestment and service cuts which would literally, over time, and inevitably take us back to the bad old days of the 1970s and the 1980s’.

The Department for Transport (DfT) has accused TfL of ‘needless sabre-rattling’.

In a statement it said: ‘The Government has stood by Londoners and their transport network throughout the pandemic, providing an unprecedented £4bn to protect frontline jobs and services.

‘Those deals have been fair to taxpayers across the country, and have focused on ensuring TfL is placed on a more stable financial footing for the future.

‘The empty threats of managed decline are needless sabre-rattling – we have repeatedly shown our commitment to positive discussions, and look forward to working closely with the Mayor to secure a fair deal which balances the needs of London and the interests of UK taxpayers.

‘We will not conduct these discussions through the media.’

A TfL spokesperson added: ‘The UK recovery from the pandemic is dependent on a London recovery and that needs a properly funded transport network in the capital.

‘We are eager to work in partnership with the government to safeguard the recovery and to agree a longer-term funding deal as we work towards achieving financial sustainability by April 2023.

‘Our current short term funding deal expires on December 11 and we have to plan for a range of potential outcomes beyond that as set out in our Finance Committee.

‘We look forward to the discussions with Government getting underway.’