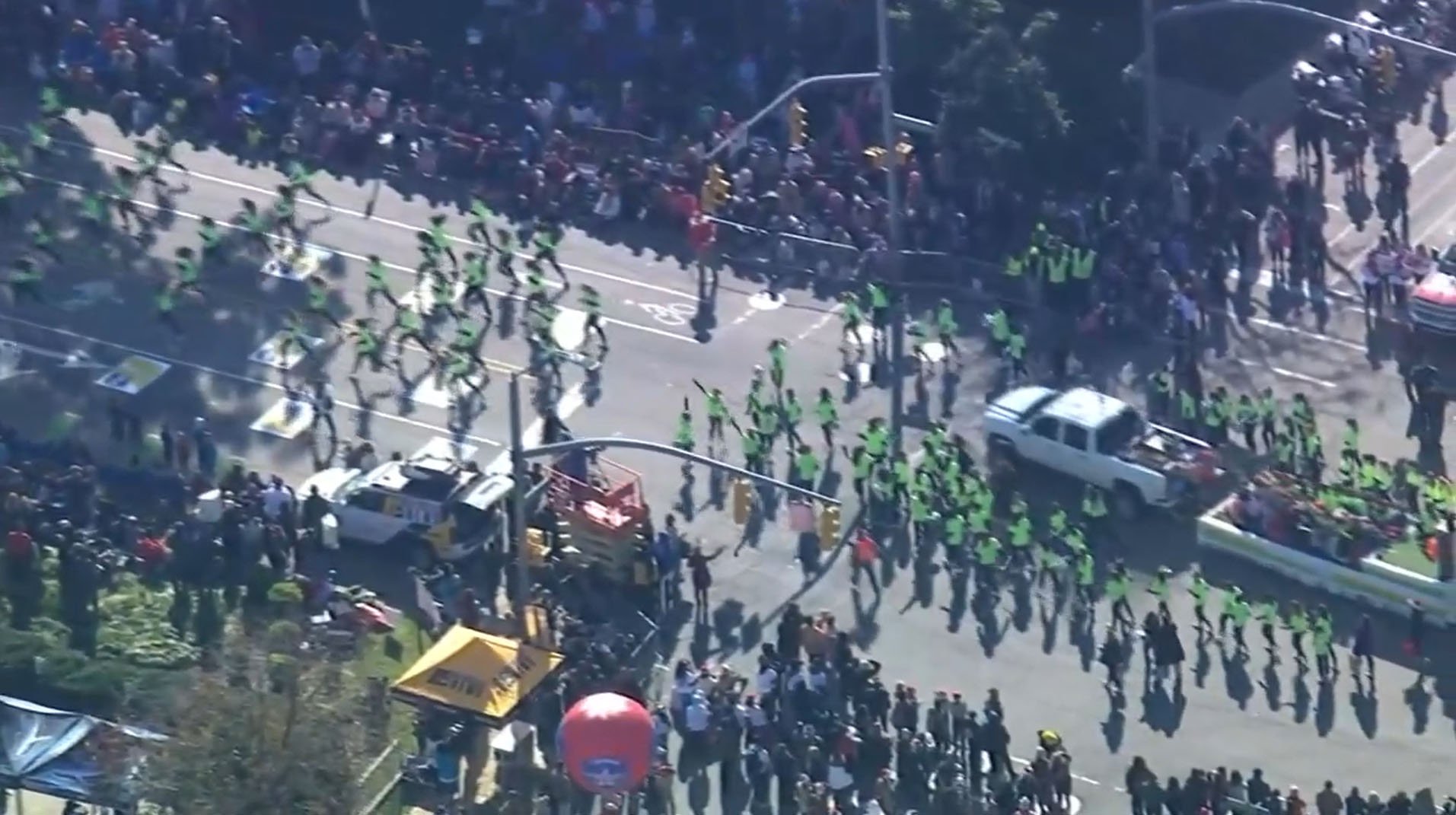 One person marching in a parade was killed when a driver lost control of a truck pulling a float and crashed.

Around 10.14am on Saturday morning, Landen Christopher Glass lost control of a truck near an intersection on a parade route in Raleigh, North Carolina.

Three people were in the truck with Glass, who was pulling a float in the Raleigh Christmas Parade carrying ‘numerous’ participants.

Glass, 20, screamed out the window that he lost control of the truck, but dancers with CC & Company Dance Complex couldn’t hear the driver due to loud music being played as they performed.

Witnesses told WRAL that the float was also part of the dance company’s parade exhibition.

‘The girls kept dancing, and then very quickly parted as the truck moved through them. There were more dancers beyond this group,’ one witness told the station.

‘The truck wasn’t going that fast, but because the girls had no idea it was coming, they just couldn’t get out of the way,’ another witness said.

Video of the incident shows volunteers wearing yellow safety vests scrambling to pull dancers out of the way of the oncoming vehicle.

The truck moved at a ‘low rate of speed’ before striking a single dancer, the Raleigh Police Department stated.

The victim, was only identified as a young girl participating with CC & Company. ‘Despite life-saving efforts by medical personnel, the child died as a result of her injuries,’ the Raleigh Police Department stated.

‘Our hearts are heavy as we mourn the loss of the young girl who lost her life today at the Raleigh Christmas Parade,’ Raleigh Mayor Mary-Ann Baldwin said on Twitter. ‘Our prayers are with her family, friends and the dancers from CC & Co. The community is here for you as we try to understand and process this shared tragedy.’

Glass was arrested immediately after the incident and cooperated with detectives.

He was charged with misdemeanor death by motor vehicle, careless and reckless driving, improper equipment use, and unsafe movement. He was also charged with carrying a firearm in a parade. Police said they would continue to investigate the incident.

‘Our hearts go out to the family of the victim and those who witnessed this tragic incident. The victim’s family has asked for privacy during this very difficult time,’ the Raleigh Police Department stated.