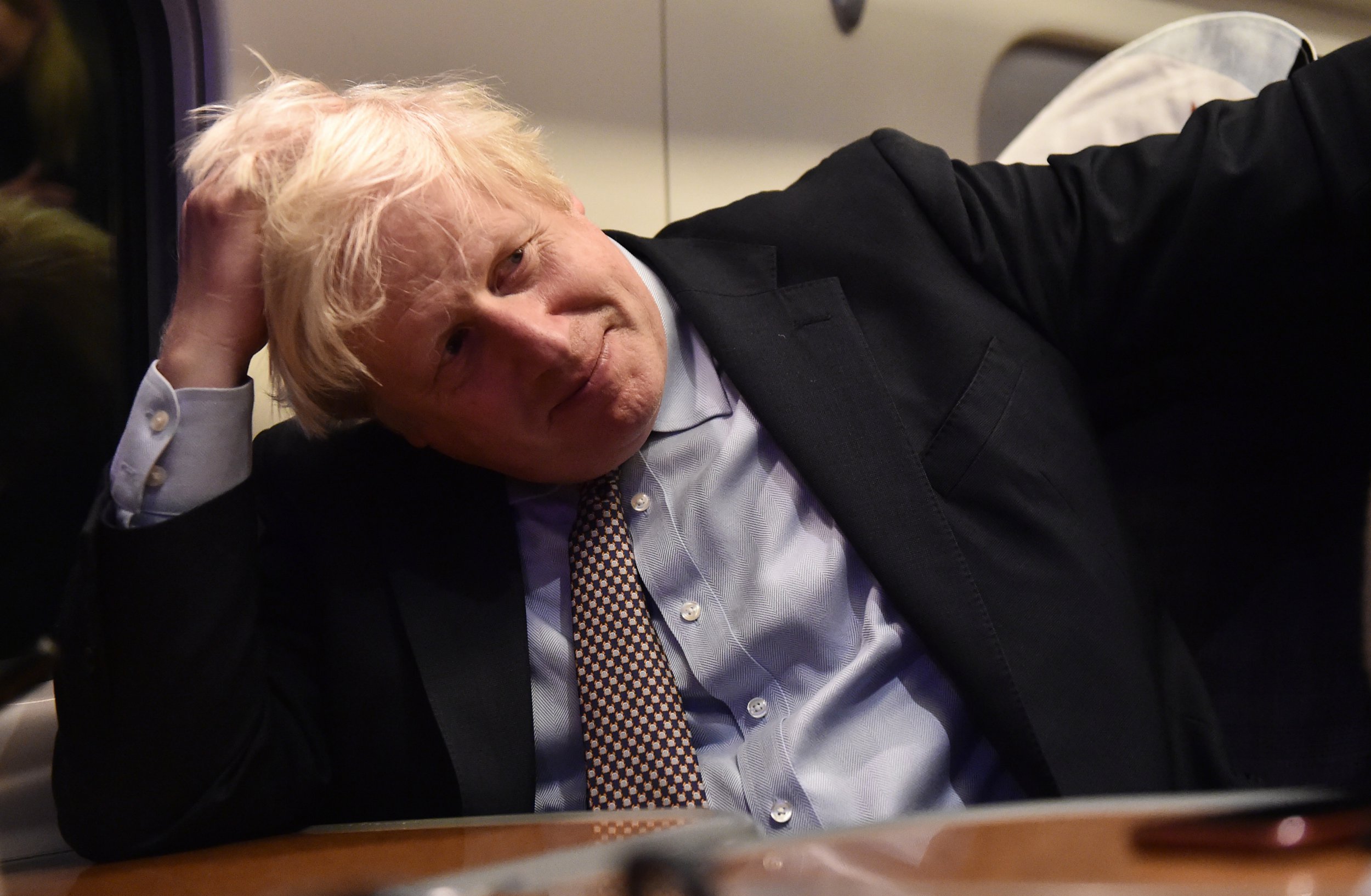 Boris Johnson is facing the biggest crisis in his career after a dozen Tory MPs sent in letters demanding a leadership contest to oust him.

A dozen Conservatives are said to have written ‘no confidence’ letters to the chair of the Tory backbench committee, amid growing fury over the sleaze scandal and the social care cap.

The PM’s leadership faced further questions after a rambling speech to business leaders on Monday in which he praised Peppa Pig and compared himself to Moses.

One unnamed senior MP told The Sun: ‘There is real anger. He has until Spring to get back on track or he will be in real trouble.

‘Letters have gone in. I am on the cusp myself.’

Tory MPs can trigger a leadership challenge if 15% of them write letters to the 1922 Committee chairman Sir Graham Brady demanding one.

That means 54 MPs would have to send one in to trigger a vote.

He told the BBC: ‘The Prime Minister is on great form. The reality is people speak about speeches in the Westminster village, the gossip and all the rest of it.

‘It’s the job of Westminster commentators to pick up on one anonymous source from wherever they found it to criticise the Government of the day, that’s fine.’

Meanwhile Tory whips told the Telegraph there was an ‘assumption’ that no confidence letters had been written, while another suggested it was ‘the usual suspects’ who were calling for the PM to go.

‘It will not get anywhere near the 50 letters you would need, but it does cause angst,’ the whip told the newspaper.

Questions over Boris Johnson’s future follow an explosive few weeks that saw the Conservatives embroiled in a sleaze scandal that sent the party plummeting in the polls.

There is also anger after the PM watered-down promises for his Northern rail revolution – enraging so-called ‘Red Wall’ MPs in former labour seats.

Meanwhile, Mr Johnson is facing a growing mutiny among Tory MPs over who pays for social care.

More than 70 Conservatives ignored orders to vote through the controversial health and care bill on Monday night. Critics warn the planned £86,000 cap on care costs breaks a Tory manifesto promise that no-one will have to sell their home to pay.

The rebellion was not enough to stop the vote passing, but many MPs are angry at a last-minute decision to strip local authority support from counting towards the cap.

Labour said it was ‘daylight robbery’, claiming the average homeowner in two-thirds of the North will pay more.

And there was a fresh round of infighting after the PM made a pig’s ear out of a speech when he praised Peppa Pig World and made vroom vroom engine noises – prompting a journalist to ask if ‘everything is ok’.

The prime minister repeatedly asked his audience to ‘forgive him’ as he stumbled over his delivery to the CBI (Confederate of British Industry) in North Shields on Monday.

The bizarre speech drew comparisons with Theresa May’s 2017 conference speech when she lost her voice as her backdrop collapsed.

One of Mr Johnson’s senior colleagues told the BBC: ‘There is a lot of concern inside the building about the PM’.

Others blamed his advisers, with one ex-minister claiming his Downing Street operation is ‘staffed by adolescents’.

The PM’s spokesman yesterday denied claims that the PM is losing his grip.

He said the prime minister is physically ‘well’ after suffering from a stinking cold last week, and was ‘focused on delivering for the public’.

He added: ‘The Prime Minister briefly lost his place in a speech.

‘He has given hundreds of speeches. I don’t think it’s unusual for people on rare occasions to lose their place in a speech.

‘The Prime Minister is very much focused on delivering for the public.’