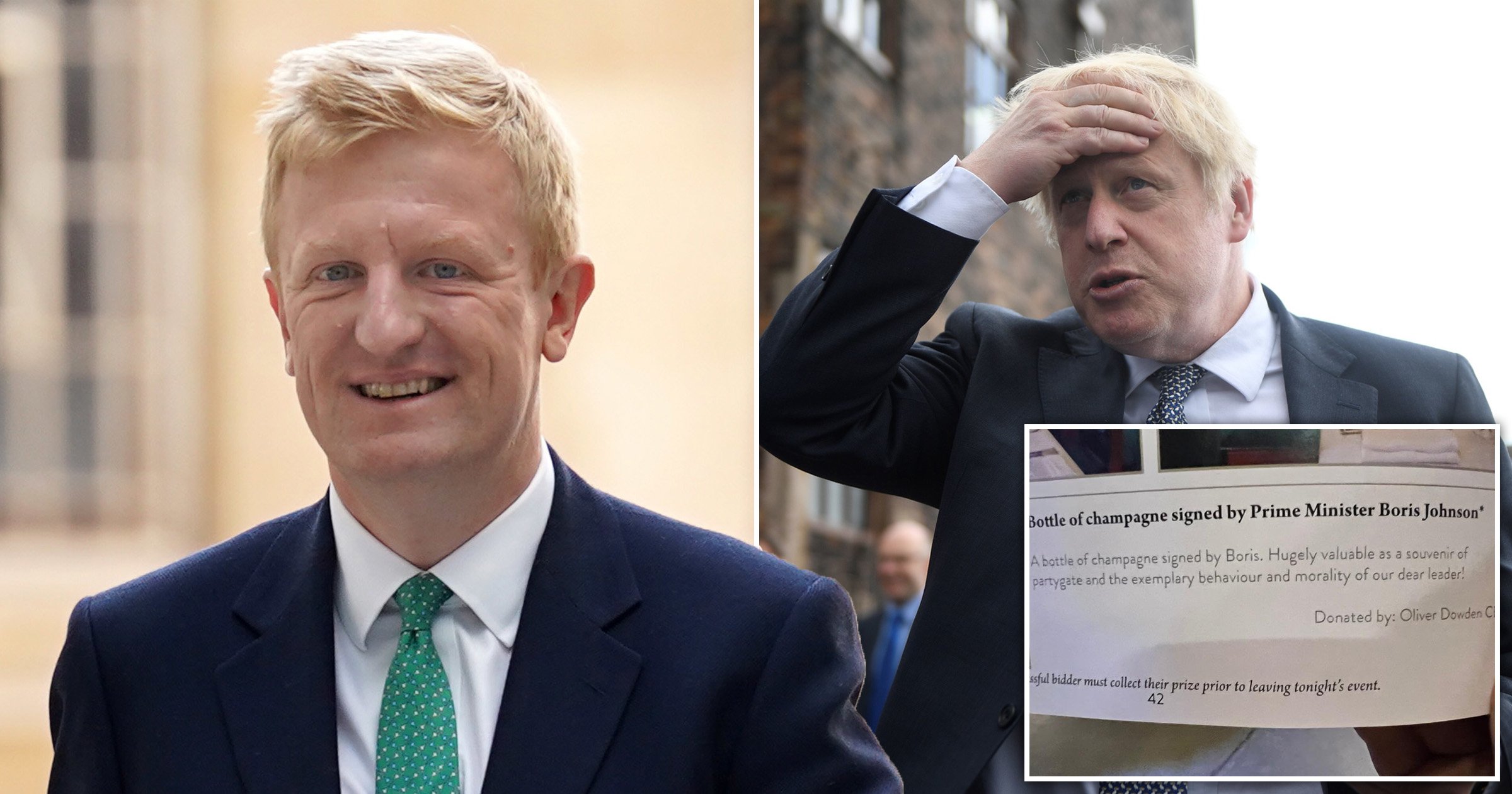 The chairman of the Conservative Party has been forced to distance himself from a tongue-in-cheek ‘partygate souvenir’ auctioned in his name at a charity.

Oliver Dowden was listed as the donor of a bottle of champagne signed by Boris Johnson and put up for bidding at the Hertfordshire Community Foundation fundraiser on Thursday evening.

A description of the lot in the auction catalogue sarcastically referenced the prime minister’s law-breaking attendance at several Downing Street drink dos, which landed him a £50 fine.

It read: ‘Hugely valuable as a souvenir of partygate and the exemplary behaviour and morality of our dear leader.’

An image of the catalogue page was shared on Twitter by food critic Jay Rayner, who wrote: ‘Perhaps you thought the Conservative Party took partygate seriously.’

Labour MP Chris Bryant added: ‘They really are laughing at us.’

Shabana Mahmood, Labour’s national campaign co-ordinator, said: ‘The industrial scale of rule-breaking in Downing Street is important no matter how much ministers dismiss it.

Mr Dowden distanced himself from the comments, and is thought to be furious that the fundraiser had been embroiled in a political controversy.

His team are believed to have privately briefed that the description was written by someone involved in the charity who did not clear it with Tory HQ.

A spokesperson for the chairman said: ‘This item was donated in good faith several months ago for a local charity auction.

‘Oliver Dowden had no prior knowledge of the description and this is obviously not his view.’

The price of the final bid for the champagne bottle has not been confirmed.