Three men guilty of downing MH17 killing 298 people on board 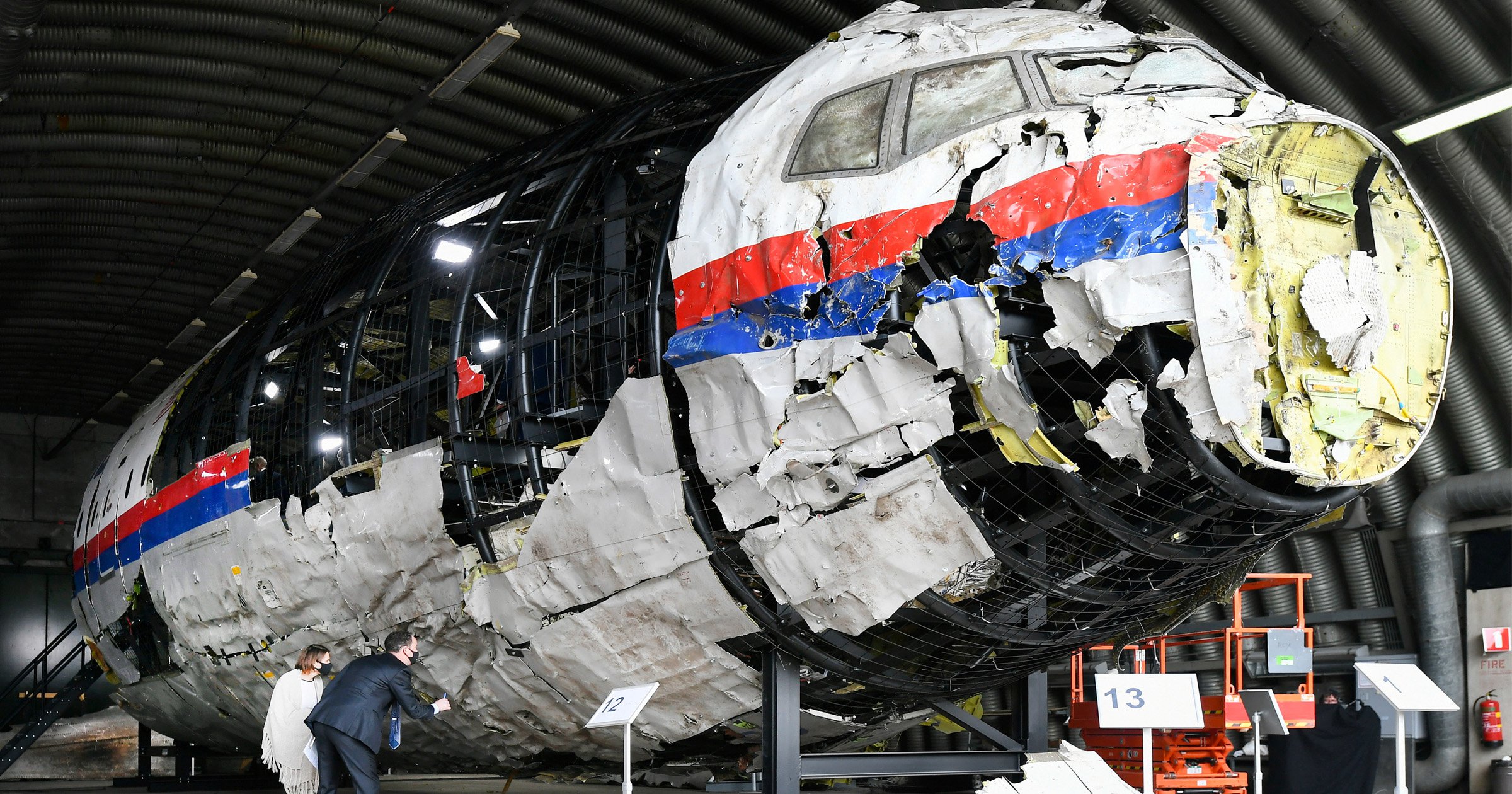 Malaysia Airlines flight MH17 was shot down in 2014 by a Russian-made missile fired from a field in eastern Ukraine, a court has heard.

Three men have been found guilty of killing 298 people on board the flight.

Russians Igor Girkin and Sergey Dubinskiy, and Ukrainian national Leonid Kharchenko, were found guilty of 298 counts of murder and ‘unlawfully causing an airplane to crash’ by the Hague District Court at Schiphol Airport, Amsterdam.

Fourth defendant Oleg Pulatov was acquitted after the court found he had no prior knowledge of the plan to fire the missile.

Nor did he have the authority to overrule Dubinskiy’s order to find the missile, the court stated.

MH17 was a plane owned by Malaysia Airlines heading from Amsterdam to Kuala Lumpur on July 17, 2014.

Photographs from the site of the crash show scattered pieces of broken fuselage and engine parts, bodies, and passports, all of which were spread over a 50 square km radius.

Investigators confirmed that the missiles launched at the plane originated from the 53rd Anti-Aircraft Missile brigade, based in the western Russian city of Kurs

As the flight flew over the Russia-Ukraine border, it lost contact, and it’s thought that it went down over the Donetsk Oblast in Ukraine.

The Dutch Safety Board later concluded that it had been hit by a Buk missile, and broken apart in the air.

All 283 passengers and 15 crew on board were killed in the crash.

The crash scattered wreckage and bodies over farmland and fields of sunflowers.

Against the geopolitical upheaval caused by Russia’s full-blown invasion of Ukraine, the court also held that Moscow had overall control of the separatist Donetsk People’s Republic in eastern Ukraine, from where it said the attack was launched.

None of the defendants appeared for the trial that began in March 2020 and if they are convicted, it’s unlikely they will serve any sentence anytime soon.

Prosecutors had sought life sentences for all four. Prosecutors and the suspects have two weeks to file an appeal.

Presiding Judge Hendrik Steenhuis opened Thursday’s hearing and said ‘the court takes the view that the MH17 was brought down by a Buk missile’ launched from an agricultural field in eastern Ukraine.

The judge said he would go on to rule on other legal issues and the guilt or innocence of the suspects later in the hearing.

Tension was high among families before the hearing.

‘The truth on the table — that is the most important thing,’ said Anton Kotte, who lost his son, daughter-in-law and his 6-year-old grandson when MH17 was shot down. He said the hearing was a ‘D-Day’ for relatives.

Robbert van Heijningen, who lost his brother, sister-in-law and nephew, called the downing ‘an act of barbarism’ that he could never put behind him, regardless of the verdict.

‘I call it a stone in my heart, and stones … don’t disappear,’ he said.

None of the suspects appeared for the trial that began in March 2020 and if they are convicted, it’s unlikely they will serve any sentence anytime soon.

Prosecutors have sought life sentences for all four. Prosecutors and the suspects have two weeks to file an appeal.

The Hague District Court sat at a high-security courtroom at Schiphol Airport.

Foreign Secretary James Cleverly said, after the conclusion of the Flight MH17 trial, in which three individuals were found guilty of murder: ‘Today’s guilty verdicts, convicting three individuals of murder in relation to the downing of MH17, are an important step in securing justice for the families of the victims.

‘Two hundred and ninety eight lives, including those of 10 British nationals, were tragically lost on July 17 2014.

‘Thousands more have been devastated in the years since, as family and friends continue to grieve for their loved ones.

‘The downing of MH17 was a shocking violation of international norms which keep our societies safe.

‘It serves as a stark reminder of the human cost of Russia’s actions in Ukraine over many years.

‘My thoughts remain with the families of all those killed in this heinous attack, including people from the Netherlands, Malaysia, Australia, Indonesia, Belgium, Germany, the Philippines, New Zealand and Canada.’

Hundreds of family members of people killed had traveled to the court to hear the verdict, bringing them back to the airport their loved ones left on the fateful day MH17 was shot down.

Outside the court, planes could be heard taking off and landing nearby on a cold, gray day.

Dutch prosecutors say the missile launcher came from the 53rd Anti-Aircraft Missile Brigade, a unit of the Russian armed forces based in the Russian city of Kursk and was driven back there after MH17 was shot down.

The suspects aren’t accused of firing the missile but of working together to get it to the field where it was fired.

They are accused of bringing down the plane and the murder of all those on board.

The most senior defendant convicted is Igor Girkin, a 51-year-old former colonel in Russia’s Federal Security Service, or FSB.

At the time of the downing, he was defense minister and commander of the armed forces of the self-proclaimed Donetsk People’s Republic — the region where the plane was shot down.

Girkin reportedly is currently involved in Russia’s war on Ukraine.

Also convicted were Girkin’s subordinates, Sergey Dubinskiy and Leonid Kharchenko, a Ukrainian who prosecutors say was commander of a pro-Russia rebel combat unit and took orders directly from Dubinskiy.

Oleg Pulatovis the only one of the suspects who was acquited represented by defense lawyers at the trial. They accused prosecutors of ‘tunnel vision’ in basing their case on the findings of an international investigation into the downing while ignoring other possible causes.

In a video recording played in court, Pulatov insisted he was innocent and told judges: ‘What matters to me is that the truth is revealed. It’s important for me that my country is not blamed for this tragedy.’