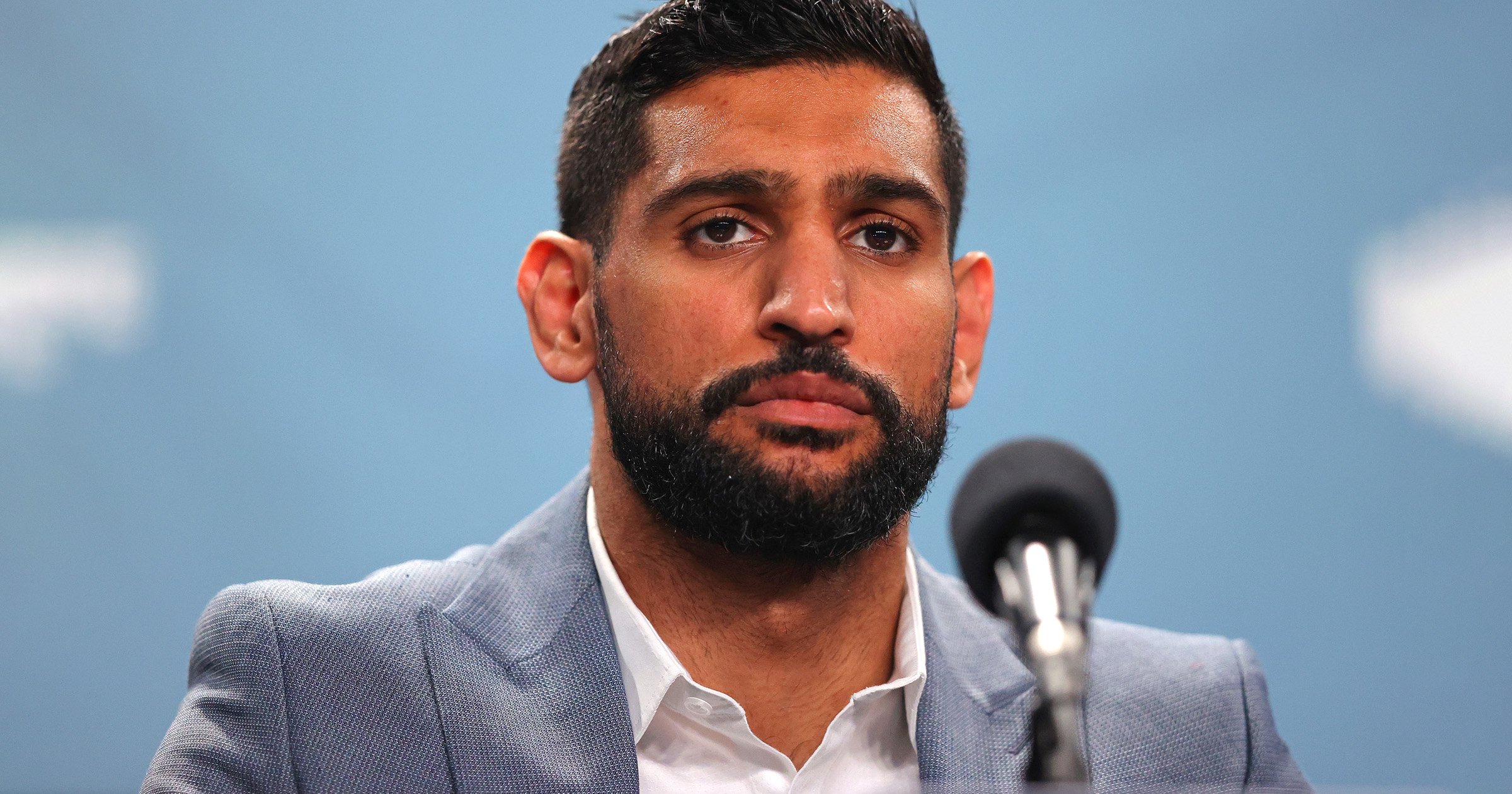 Three men have been charged over the gunpoint robbery of former boxing world champion Amir Khan.

The sports star and his wife, Faryal Makhdoom, had been crossing the road in the Leyton area of London when they were approached by two men.

A gun was allegedly pointed at Khan’s face and he was ordered to handover his £71,000 watch during the April incident.

At the time, the former boxer tweeted: ‘Just had my watch taken off me at gun point in East London, Leyton. I crossed the road with Faryal – luckily she was few steps behind me.

‘The main thing is we’re both safe.’

Bana, of Hale Gardens, north London, has been charged with conspiracy to commit robbery and possession of an imitation firearm.

Amin, of Cavendish Road, north London, has been charged with conspiracy to commit robbery.

And Campbell, of Denmark Road, also in north London, has been charged with conspiracy to commit robbery and possession of an imitation firearm.

He allegedly had the weapon with the intent ‘to cause fear of violence’, and was in possession of ammunition for the firearm without a certificate.

He said: ‘Tackling robbery is a key priority for the Met and these arrests demonstrate our commitment to taking those intent on using violence, or the threat of violence, off of our streets.’

Following the incident in April, Khan’s wife Faryal wrote on Instagram the incident had made her feel ‘sick to her stomach’.

The couple had just left the Sahara Grill restaurant when they were ambushed.

A picture of Khan with a fan had been posted online earlier in the day, in which the Olympic medalist’s flashy watch was clearly on display.

No shots were fired during the incident.

At the time, the 35-year-old told MailOnline: ‘This whole thing has left me and Faryal very shaken up and scared. You don’t expect to be robbed at gun point, not in London. That’s the kind of thing that happens in the US but not in England.

‘I’m lucky to be alive and once the robbers fled, I just wanted to hug my wife and kids.

‘The thought of my family stopped me from taking them on because if I had, I could be dead now.’