Thousands of 'strange-looking alien creatures' wash up on beach 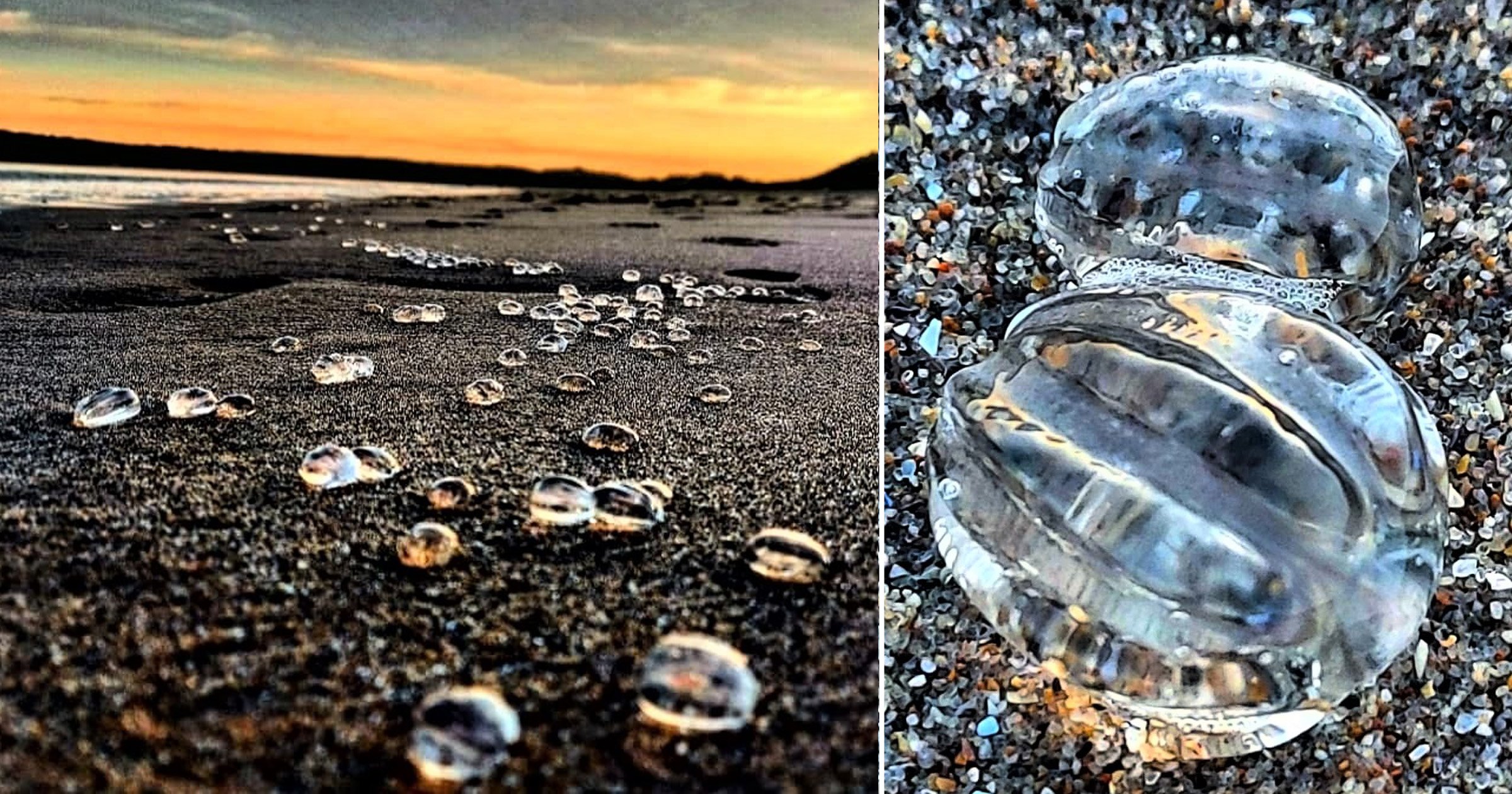 Thousands of ‘strange-looking alien creatures’ have washed up on a beach in South Wales.

Swimmer Izzy Mcarthur was alarmed after stepping out of the sea to find the small transparent creatures covering the shoreline at Tor Bay on the Gower Peninsula.

More and more kept on appearing each time the waves rolled in on Tuesday evening, she said.

She said: ‘As I was swimming I could feel them in my hands and initially thought it was just small fish but then I saw the tideline covered in them.

‘There were hundreds but more like thousands as they went from Great Tor down the beach to Nicholaston and beyond.’

Wales Online has identified the creatures as pleurobrachia pileus, a species of comb jelly.

It comes after thousands of toxic dead starfish washed up on Colwyn Bay and Llanddulas, on the north coast of Wales.

Pleurobrachia pileus are commonly known as ‘sea gooseberries’ and normally float free in bodies of water.

The spherical comb jellies are normally up to 2.5cm long and are commonly found across the UK, especially in summer.

They have a pair of tentacles which are usually up to 20 times the length of their body.

These are used for catching prey, while little hairs on their bodies help them to eat.

Madison Bowden-Parry, behavioural ecologist for The Wildlife Trust of South and West Wales, said: ‘They feed on plankton and other small animals and will mostly follow the migration of their prey, so this could control their location in the water column i.e., at the surface feeding which could bring them into shore.’