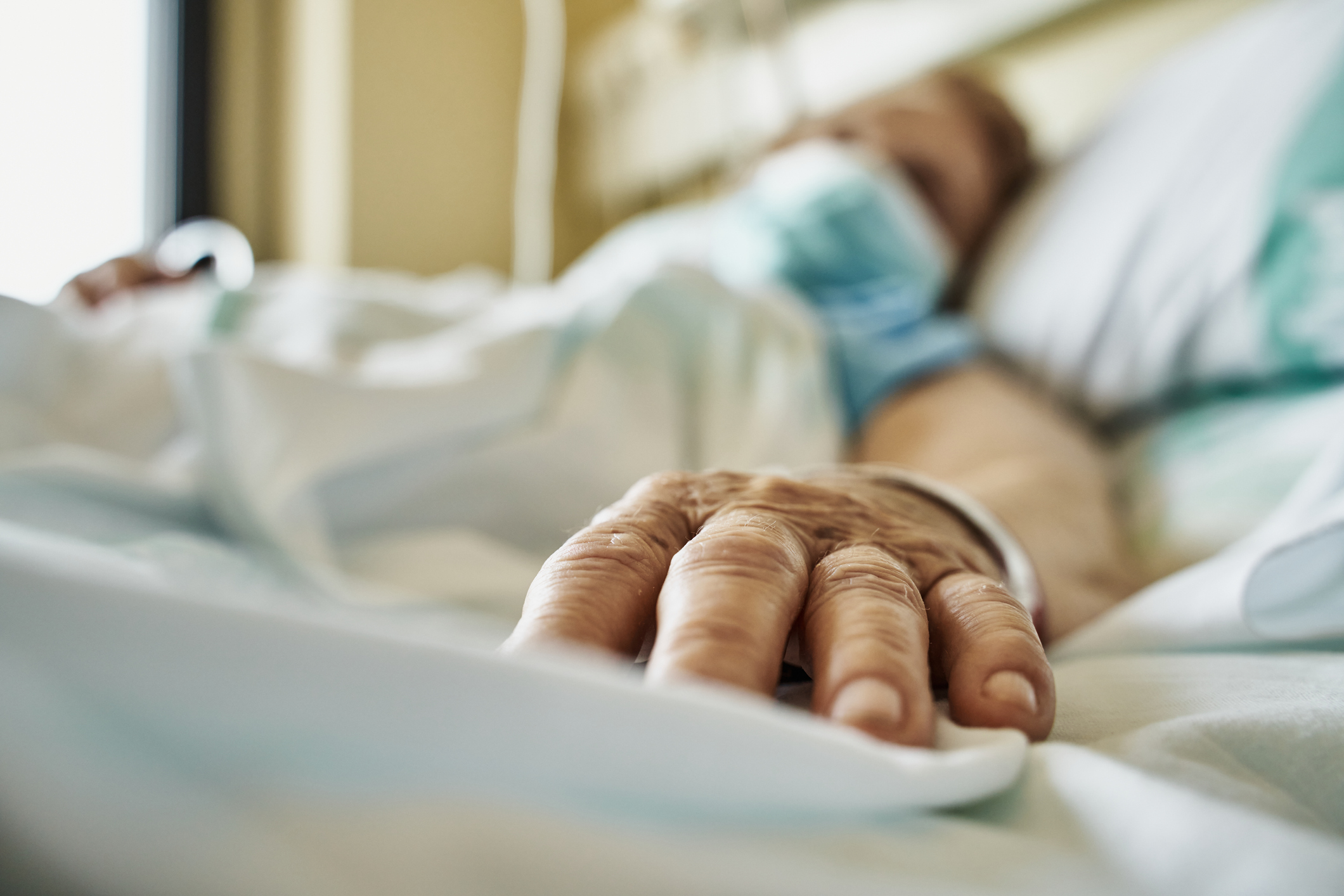 Imagine having to tell a patient living with an aneurysm that they cannot have their operation because there are no intensive care beds for them post-operatively.

If not dealt with swiftly, aortic aneurysms could rupture at any time. If that happens, only 50% of patients will reach hospital without dying and, even if they do, a further 50% of those do not survive repair. This condition is a sword of Damocles hanging over the patient.

I, and many other doctors, have had to break such news to our patients in the last few weeks. One patient I spoke to was terrified about having her surgery in the first place but had prepared herself.

So when we had to explain on the morning of the surgery that there was no ICU bed available, she was understandably distressed. She had managed to control her anxiety about the operation and come into hospital. Now she had to go home and simply hope that her aneurysm did not rupture, and she was afraid.

The guilt and moral injury we feel as NHS staff in these circumstances is significant. These are real people with real lives: they are our patients; we care about them, and we want to be able to support them as best we can.

The impact of the Omicron variant on the NHS, and the Government’s failure to act, to properly fund our NHS and do more to support all of the staff that work for it means that more patients up and down the country will have to cope with such devastating news in the coming weeks.

Before Omicron, there were 6million people on waiting lists in England. This will likely increase hugely in the coming weeks.

Scores of hospitals declared critical incidents last week and cancelled thousands of operations. Some are ‘non-urgent’ (though try telling that to the patient waiting for a hip replacement who can barely walk because of pain) but many need surgery for life-threatening conditions like cancer and heart disease.

To make matters worse, the UK became the first European country to pass 150,000 Covid-19 deaths over the weekend. It’s been so bad that the military was brought in to support hospitals in London.

During the waves of Covid-19, we worked punishing hours to care for patients and save lives. Hundreds of frontline staff died. Thousands more have simply left because of what they have seen and experienced.

Now, thousands of NHS staff are off sick with Covid-19 or are self-isolating. The burden on those remaining is increasing daily and becoming intolerable.

By failing to impose more stringent restrictions, the Government has compromised the NHS’s ability to deliver routine care

At the beginning of the pandemic, NHS staff – myself included – were apprehensive and fearful. We could see what was evolving in China and Italy and we knew we were next, but we were totally unprepared. It felt like waiting for a tsunami to hit, knowing that we were unlikely to be able to withstand its force.

My working pattern changed from doing daily operating lists to doing 13-hour day or night shifts. All of my leave was cancelled. Over a single weekend, my working environment went from calm and controlled to something that looked like a sci-fi horror movie.

There were patients on ventilators everywhere and the hospital I then worked in almost ran out of the oxygen needed to keep patients alive. At the time, information about the nature of the spread of the virus was limited and we felt completely dependent on the PPE we wore to keep ourselves (and the loved ones that we went home to) safe.

When PPE began to run out, it was awful coming into work not knowing whether there would be more to wear. The discussions about whether we could actually go into ICUs and treat patients if there was no PPE were just as bad.

Imagine, as a doctor, having to choose between your own safety and that of your patient. My family, and those of thousands of other NHS staff, were scared that we would get sick, that we would die. So was I.

Two years on, and with the arrival of Omicron, we all have to go again. We know more about the virus and are less fearful, but we have all worked such long hours in that time and have seen such tragedy. Being repeatedly exposed to these waves and witnessing the devastation that they wreak for our patients is more than many staff can bear. Many cannot cope with it anymore and are leaving.

Covid-19 has caused a staffing crisis but there were already pre-existing problems. In October last year, the NHS in England had 94,000 vacancies.

In my view, NHS staff have been inadequately supported since 2010. Government actions – like the temporary removal of the student nurse bursary, successive pay freezes and real terms pay cuts (pay ‘rises’ below the rate of inflation are cuts not rises) have actively hampered staff recruitment and contributed to the exodus of staff from the NHS; it shows no sign of slowing.

Staffing crisis aside, the NHS simply does not have enough beds.

The number of general and acute care beds has fallen by 44% since 1987, according to data from NHS England. ​​NHS hospitals are told to aim to keep 15% of their beds free so that there is some slack in the system (a bed occupancy rate of 85%). However, winter hospital bed occupancy is consistently over 90%, which is well above the level many consider safe.

A system that is already short of doctors and nurses cannot absorb any more attrition without patient care being affected and that is what is happening now.

Similarly, the NHS has been underfunded since 2010. Between 2009 and 2019, NHS budgets rose by 1.4% each year on average (adjusting for inflation). This compares unfavourably with the 3.7% average annual rise since the NHS was established.

However, because Omicron is so infectious, by failing to impose more stringent restrictions before Christmas, the Government has compromised the NHS’s ability to deliver routine care.

Wards are filling up daily with patients, who do not need ICU but need oxygen and other respiratory support to get over their brush with Covid-19. Staff are being infected in huge numbers and are not available to work. Patient care is being compromised.

It seems that the Government is unfamiliar with Einstein’s famous adage that the definition of insanity is ‘doing the same thing over and over again but expecting different results’.

It has repeated its mistakes and failed to learn lessons. It has often not followed the science. It has, in contrary fashion, followed its own path and failed to protect the public adequately.

It is not too late to reverse this pattern. Public health will benefit, as will the economy.

The way forward has always been (and remains) to vaccinate (including sharing vaccines with poorer countries), have a functioning test, trace and isolate system, require face coverings in all enclosed spaces, and fund adequate ventilation – particularly in our schools.

Without these measures, Einstein will be proved right again and again. The British public and the NHS deserve better.