“A start to a new life… good luck and happiness” – words written around the corners of a German banknote in April 1945, by an American soldier to a 16-year-old Jewish girl who had survived Auschwitz.

Now 90, Lily Ebert re-discovered the personal message while going through her possessions with her great-grandson, Dov Forman, 16.

It was written by one of a number of US soldiers who had helped to liberate Ms Ebert, along with her two sisters, from a death march.

It was the teenager’s idea to try to trace the soldier whose message had meant so much. 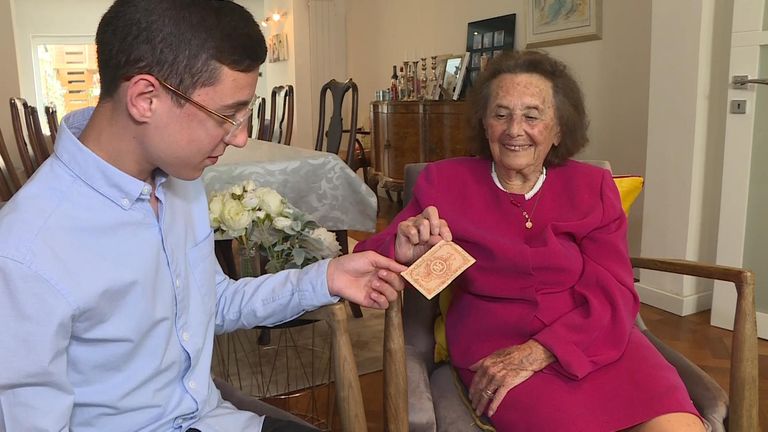 “I thought it was just amazing and that I would share it with the world,” Dov explained. “I joked with my great-grandma that I’d be able to find the soldier in 24 hours.”

Ms Ebert admitted: “I laughed when he said this.”

“Lo and behold with the help of Twitter, we managed to,” Dov said. 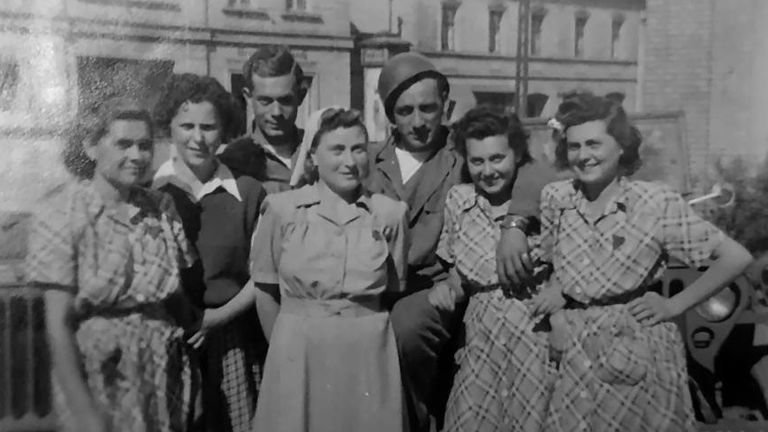 It was retweeted by the Auschwitz Museum to its one million followers and shared widely before the mystery G.I. was identified as Private Hayman Shulman. 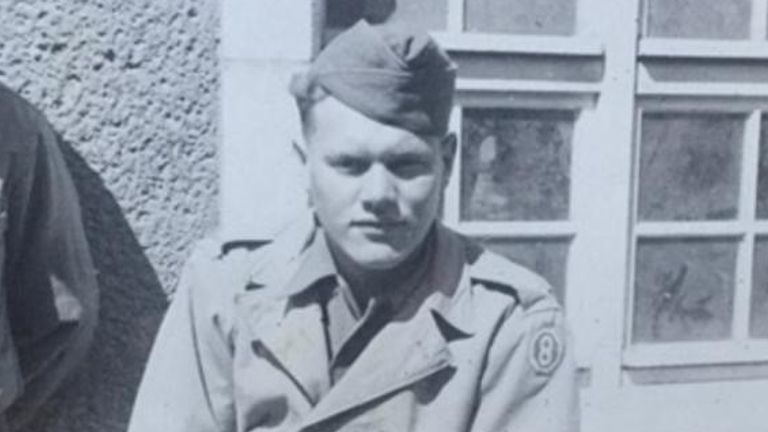 Having lost everything, Private Shulman’s note meant so much.

“We had not a piece of paper, we had nothing, you cannot know that, you cannot explain it, especially today,” Ms Ebert said.

“People cannot understand humans being without anything – you had the rug that you had on your body and that was it.” 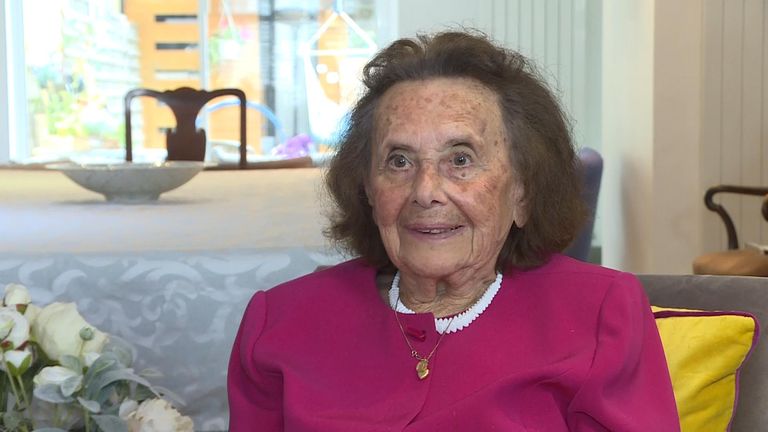 In just over four-and-a-half years, Nazi Germany murdered at least one million Jews in Auschwitz. Ms Ebert and her two sisters were among the few who survived the camp.

Dov found out that Private Shulman died seven years ago, however this weekend Ms Ebert and her family will be video chatting with his children. And she has a very important message for them.

“This man was really the first nice human touch (I’d received) and that really means something.”

The banknote may be well-worn but it is the compassion and the kindness shown by Private Shulman that Ms Ebert will never forget.