Test centre worker raced to save baby with Covid having seizure 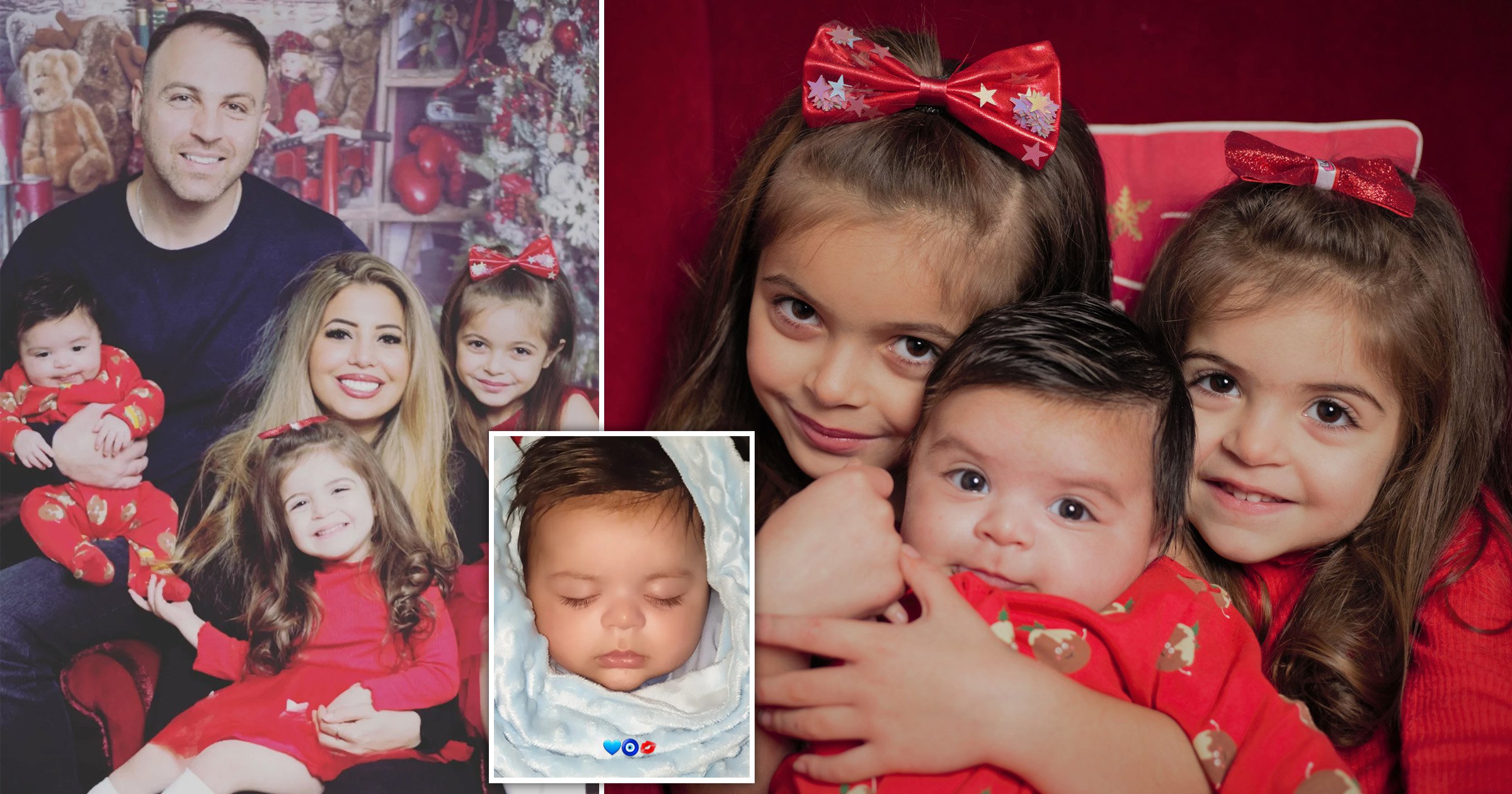 A Covid test centre worker raced to the aid of a four-month-old baby suffering a seizure as his panicked mum screamed for help.

Michelle Kleanthous, who had tested positive for the virus, had gone with her husband and three children for checks when Christian suddenly had a fit.

Michelle, 34, got out of their car in an isolated section of the centre and shouted for help, at which point Roland Wilkerson ran across the car park and administered potentially life-saving care.

She tearfully expressed her heartfelt gratitude to Roland today as she told Metro.co.uk how the emergency took place after they had parked up in Welwyn Garden City, Hertfordshire.

The family’s ‘hero’ is now off work self-isolating, as he refused to let Michelle’s Covid status stop him from responding.

Michelle said: ‘I knew I had Covid and my son who is four months old had symptoms so we all went to get tested.

‘I explained through the window we needed to test the baby at the back, so we tested ourselves in an isolated section. As I went to test Christian, I noticed he was having a seizure. His eyes were locked to the right and he was fitting on the right side of his body from his face to his leg.

‘As a parent, you just don’t know what to do. I shouted for help and I was praying to God for someone to help us. My husband rushed out of the car and we were trying to call an ambulance.

‘From the other side of the car park someone came running and he got the baby out of the car and made sure he was breathing and conscious while we were so shocked and weak in the knees.

‘We told him we’d got Covid and he said he didn’t care. He didn’t let the baby go until he was safely in an ambulance in the paramedics’ hands.’

The emergency unfolded on January 6 after Michelle, an accountant, and her husband, Andreas, 37, had driven with Christian and their other children, five-year-old Electra and two-year-old Taliya, to their local drive-through centre in Welwyn Garden.

Christian suffered a focal seizure, which begins in one part of the brain but can spread to other areas.

Roland made sure the baby remained conscious and breathing until an ambulance arrived. The father-of-four then followed the medics to the hospital and waited with Andreas, getting his phone out to entertain their daughters while the couple focused on Christian.

The infant is now battling meningitis and Covid at Lister Hospital in Stevenage.

But the couple, from Potters Bar, are keeping Roland, who also has four dogs and four cats to look after, in their thoughts.

‘We were frozen in panic when this stranger did everything, even though he didn’t even have to walk over.

‘He took control of the situation, making space for our baby and putting him where he needed to be.

‘He’s not allowed to work at the moment as he’s having to isolate after coming into contact with us. We just don’t know how to thank him.

‘He put his own health at risk to put my son’s life first. He is a true modern day hero to all of us and we’ll be forever grateful.

‘We thank God that he went to work that day.’

The family has launched a JustGiving page for Roland here