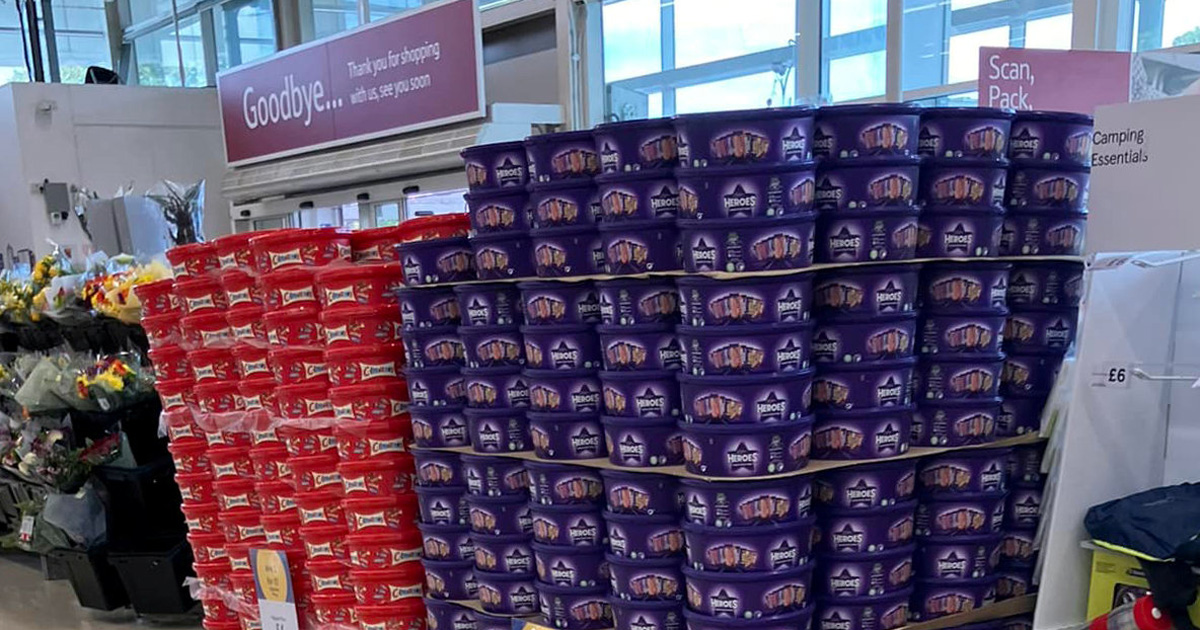 We know some people like to get themselves organised early for Christmas – but when the temperatures are still soaring that may be going a bit far.

The containers of Celebrations and Miniature Heroes have been planted in their masses at the front of the store.

Shopper Alicja Witkowska discovered the hard to miss chocolates and posted the picture on Facebook.

She wrote: ‘What’s the first sign of Christmas in the shops? Sweet tubs! 4th of August, Big Tesco, Hove.’

Most people commenting on her post agreed with Alicja, saying it is far too early to start stocking up on the Christmas goods.

One person suggested: ‘They’ll be out of date by Christmas’ while another added ‘by Christmas, we’re all sick of it! Never used to be like this when I was growing up!’

Every year, Christmas stock on the shelves seems to become a tradition which is pushed back earlier in the calendar.

In 2019, Sainsbury’s started selling Christmas food across all of its stores as early as September – three whole months before the actual big day.

Asda also started selling mince pies in September in 2019, despite them going off in October.

Christmas puddings and mince pies were seen in both stores, so expect it to be only a matter of weeks, if not before, when Christmas food starts filling up the supermarket shelves once again.