Teen given next available hospital appointment in mid 2025, and it wasn’t a typo 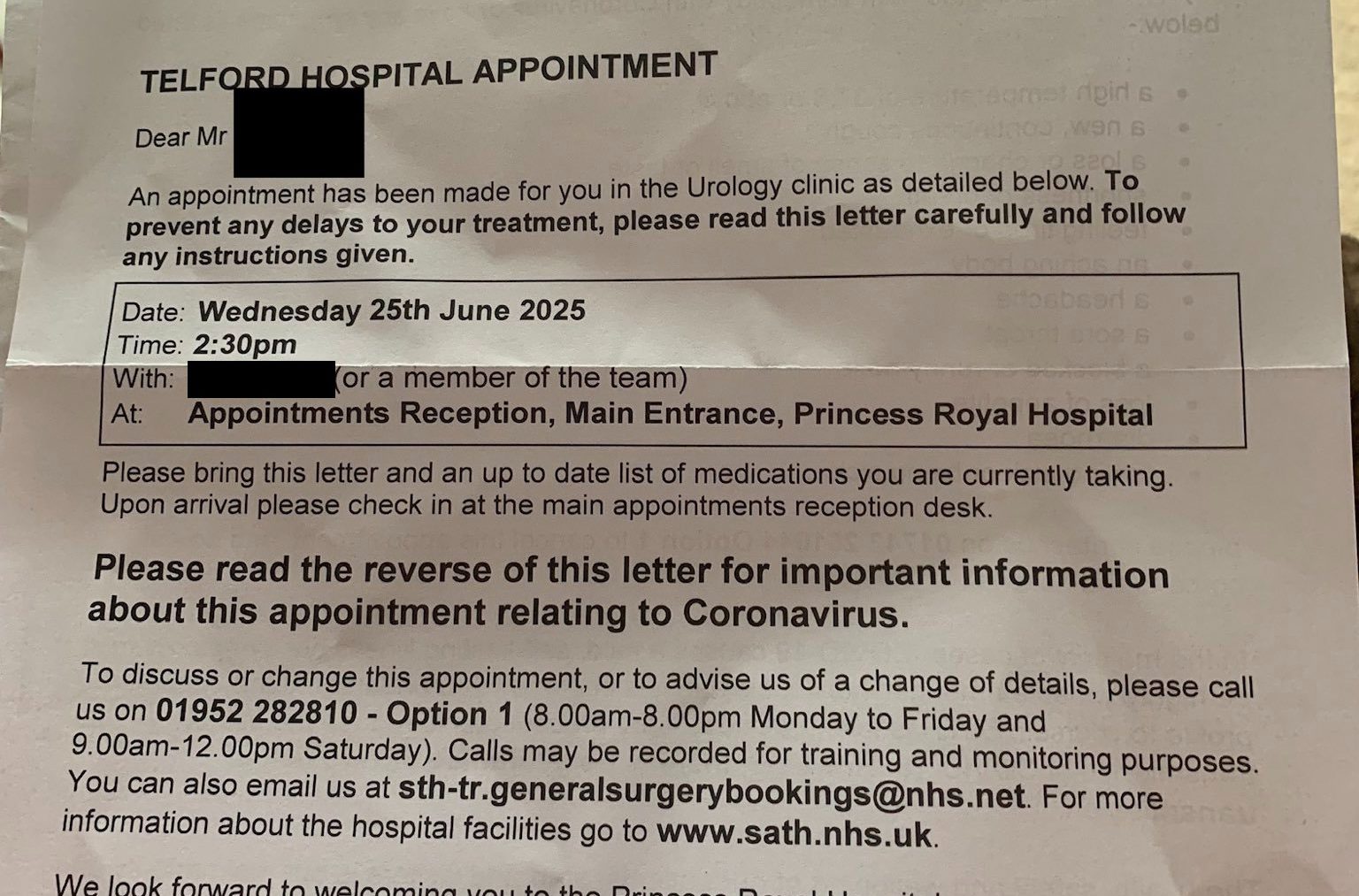 A 16-year-old boy has been told to wait up to 951 days for a hospital appointment, despite being in considerable discomfort.

The unnamed teenager needs treatment for a ‘sensitive problem’.

But it will take until June 2025 for an appointment at his nearest urology clinic to become available.

Initially, the boy’s father even thought the appointment date given by Shrewsbury and Telford Hospital NHS Trust was a typo.

He told the Shropshire Star: ‘His life is not in danger but it is a sensitive problem and he is 16-years-old.

‘We were anticipating, almost accepting that it would be a few months but to be told it is 951 days – more than two and a half years – I was just incredulous.

‘If nothing changes, my son has to go on with this problem until he is 18.’

The dad thought that by ringing up the problem would be resolved, as he assumed the date was human error.

‘I spoke to the person in the booking office who had already anticipated my question before I asked it, as she said “yes, we have fielded a lot of these calls, particularly for urology”.’

His son will be 18-years-old by the time he is seen by the Urology clinic at the Princess Royal Hospital.

The trust has apologised and said they recognise ‘the current wait times are not acceptable’.

They said due to ongoing recruitment issues and the continuing impact of Covid-19, wait lists are becoming incredibly long.

Sheila Fryer, Interim Deputy Chief Operating Officer at The Shrewsbury and Telford Hospital NHS Trust (SaTH), told the Shropshire Star: ‘We would like to apologise for the length of wait for a Urology appointment.

‘We would like to reassure patients that we are doing everything we can, alongside partners, to reduce the amount of time patients are waiting for an appointment.’