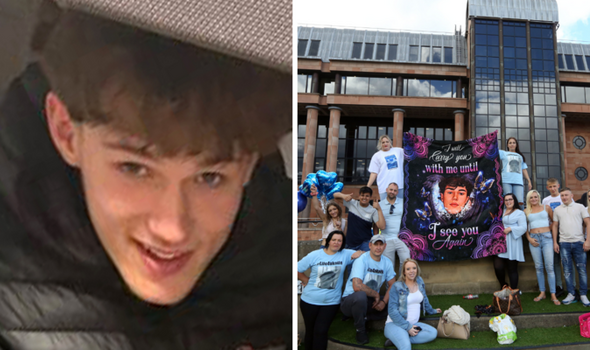 Newcastle Crown Court heard that, on October 16, last year, Jack Woodley was attacked and stabbed twice – once to the hip and then a second fatal blow to the back. The incident occured near the Britannia Inn pub on Newbottle Street after he had been at the Houghton Feast fair with his girlfriend.

The youths, aged between 15 and 18, who cannot be named for legal reasons, were found guilty of murdering Jack in a group attack after they were also at the fair in Houghton-le-Spring in October last year.

The gang were said to have been “looking for trouble” before they launched a joint attack on Jack.

According to the ChronicleLive, Judge Rodney Jameson QC said Jack was “standing at the threshold of his adult life”. He said: “Jack was due to start a new job and was on his way to pick up his keys for a new flat. He had much to look forward to. However, none of those hopes will be fulfilled.”

The court heard how Jack had initially spoken to some of the defendants regarding a separate attack which involved a girl, and the brief conversation “seemed friendly”. However, this “drew the attention” of other defendants who falsely accused him of having a knife.

Judge Jameson said that Jack had done nothing wrong at all before the attack was launched and said there was a “background of fighting” at the Houghton Feast between locals and people from other villages and towns. The court heard there was an “opportunity to become involved in this violence”. 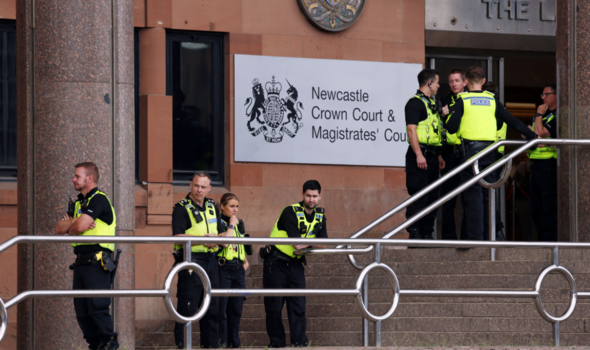 Judge Jameson said that Jack was then set upon by the youths, with one delivering the fatal knife blow with a “Rambo-style” knife before some followed him into an alley and continued to punch and stamp on him. Before the attack, one defendant asked if Jack was a “Townie” and that he was in “trouble” if so.

Another was heard to say: “Why don’t you get the chopper out and do him?”.

The 15-year-old who stabbed Jack, then fled and changed his clothes, the court heard.

Jack was rushed to hospital but tragically died the next day. The 10 defendants who were jointly responsible for his murder were all under the age of 18 at the time.

Sentencing the youth who inflicted the stab wound, the court heard he had one previous conviction for possession of a blade, and had lived in London where he became “involved in gang culture”. His parents then decided to bring him to the North East in an attempt to get him away from that scene. When he started school, he told other pupils he had stabbed two people – however, there was no evidence to support his claim, which was described as “bravado”.

Judge Jameson said he was “satisfied” the teen went to the Houghton Feast to get involved in violence and was “sure” he intended to kill Jack when he attacked him. He was sentenced to serve a minimum term of 17 years before he is eligible for release.

The second teen, who is 16-years-old, was the first to attack Jack and “held him in a headlock” during the attack. He was described as having “average intelligence” and was sentenced to serve a minimum term of 13 and a half years.

The third teen, 15, had one previous conviction for burglary and went to collect the knife with the youth who inflicted the stabs. He was sentenced to a minimum term of 15 years.

The fourth teen, who is now 18-years-old, had attended the fair in possession of a knuckle duster, but did not hit Jack with it. Despite being one of the oldest, the court heard he was of low intelligence and was not a leader. He was sentenced to serve a minimum of 15 years.

The youngest of the defendants, a 15-year-old, was said not to have attended the fair wanting to fight. The court heard he may have been called a “girl” if he didn’t attend and was said to have a learning disability. He was sentenced to a minimum of eight years. 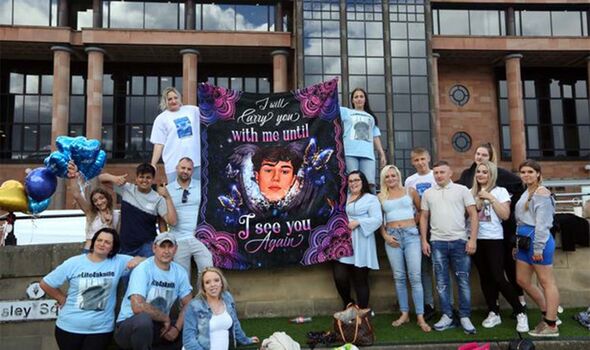 The sixth teen, also 15-years-old, had consumed vodka and smoked cannabis on the night of the murder and was heard to shout “get the chopper out”. The court heard the youth’s parents and family had also been involved in criminality. He was sentenced to serve a minimum of 13 years.

The seventh teen, 15, had attempted to fight Jack outside a nearby dentist surgery, and was said to have a low IQ and was “easily led”. He has problems with mental health, “anger management” and had been involved in “some bad behaviour” while in custody. He must serve a minimum of 10 years.

The eighth teen, who is 16-years-old, became involved in the attack on Jack at a “late stage” and cried in the dock as he was told he must serve a minimum of 11 years.

The ninth youth, 16, had written a letter to the judge describing how he is determined to turn his life around. He must serve a minimum of 11 years.

The tenth teen, the second 18-year-old, was said to be “lacking in self confidence”, has a low IQ and ADHD. However, the court was told he was the most “heavily disguised” of the group at the time. He must serve a minimum of 11 years.

Judge Jameson QC told the court that the death of Jack resulted in the “loss of a much loved son, brother and partner”.

Commenting on the sentencing, Jack’s mum – Zoe McGill – spoke about her “happy-go-lucky” son, saying he wanted to make her proud and was due to start a new job at Amazon the Monday after he tragically died.

The mum said: “Jack had had a few problems in his life that he had overcome and things were looking up. He just applied to Amazon and got a new job there which was due to start the Monday after he died. He wanted to make his mam proud. He wrote me a letter after he spiralled a bit out of control saying I was his world and he wanted to make me proud and he was going to do that.

“We always used to call him cheeky chappy, blue-eyed boy because he was just that. He was cheeky but in a nice, loving way. He used to light up any room that he walked in, he was always joking and laughing. Jack hated to be serious, he would always make a joke or laugh about things in life rather than be down about it. That was just how Jack was.

“He was happy-go-lucky, he was very adventurous, loved to be in the city. I used to always want him to stay home with me and he used to say: ‘Mam I want to go live in a city and be free’ He loved to be free and liked to take every day as it come.”

“He loved lights and his favourite place was the bridge in Newcastle he used to hang around there a lot with his friends and he actually met a homeless man there who came to his funeral and wrote a verse about how Jack had helped him and his dog on the bridge.

“He gave him his money and went and got his dog food from Aldi that was how Jack was. He always looked out for people who were less fortunate than himself. From a young age, he was like that. I think he did make it on the news one time for helping the homeless at 11, he was in secondary school at Woodham. He always had a heart of gold, he wasn’t an angel by no means but his heart was always in the right place.”