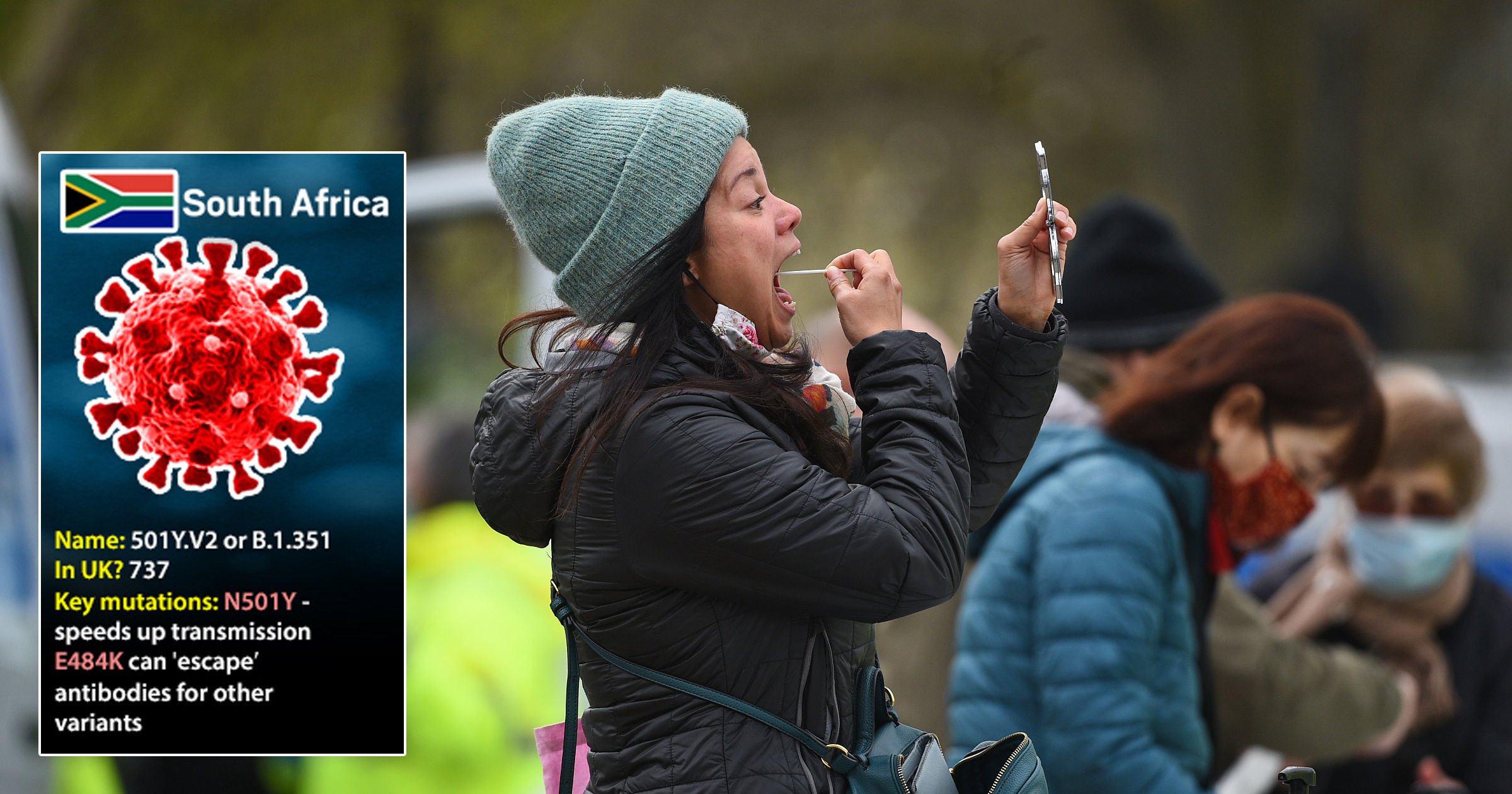 Surge testing is being extended in London after another case of the South African coronavirus variant was detected.

People living and working in the Woodlands area of Hounslow, west London, are being encouraged to come forward and take a test to help stop the mutant strain spreading any further.

The Department of Health said they will be given free PCR tests, which are held to be the most reliable.

The health department said the latest case was not linked to any others previously found in the capital.

It comes after surge testing was deployed in east London following the discovery of cases there.

NHS Test and Trace is working alongside Tower Hamlets Council to provide extra testing in the E1 area of the borough after cases of both the South African and Brazilian variants were detected.

Everyone over the age of 11 who lives, works or is educated in the area is urged to take a PCR test when invited to do so.

Extra testing was also rolled out in Redbridge, east London, with the IG1 and IG6 postcode areas being targeted, along with small parts of IG5 and IG7.

Surge testing has also been carried out in parts of Birmingham, Manchester, Norfolk, Southampton and Surrey.

Both the South African and Brazilian variants are both deemed to be more transmissible and each is believed to have mutations that could potentially allow it to evade immunity built up by vaccines or prior infection.