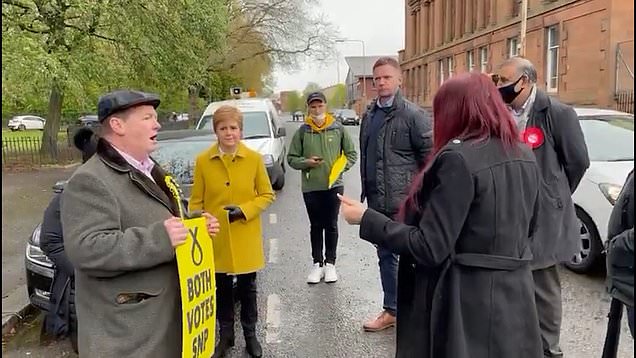 Nicola Sturgeon has hit back at far-right extremists who attempted to challenge her outside a polling station in Glasgow.

The Scottish First Minister had been speaking to voters when she was approached by former Britain First deputy leader Jayda Fransen and founder James Dowson today. In the clip she can be seen trying to walk away from the pair, but they follow her across the road.

Fransen, who has been previously convicted of a number of religiously aggravated crimes, can then be heard launching into a series of bogus accusations about sexual assault in Glasgow, before the Sturgeon calls her a ‘fascist’.

She then begins talking about immigrants, to which the SNP leader curtly replies: ‘You are a fascist. You are a racist. And the southside of Glasgow will reject you.’

Fransen is standing against Sturgeon in Glasgow Southside as an independent, although she is also a member of the British Freedom Party, who say they are against ‘the evils of abortion, gay marriage and multiculturalism’.

She later tells an SNP supporter who asks her who she is: ‘I’m not fascist, just a normal, decent unionist patriot. My grandfather fought the Nazis.’ 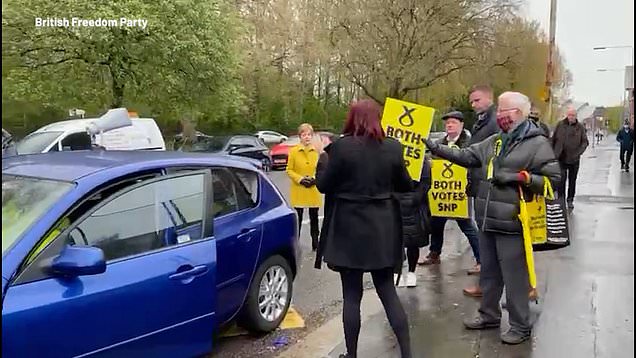 Ms Fransen has previously been pictured outside the constituency office of Justice Secretary Humza Yousaf holding a sign saying, ‘it’s okay to be white’. Her previous convictions include harassment in both 2016 and 2018, the latter of which saw her sentenced to 36 weeks in prison.

Sturgeon was praised for her handling of the situation on social media. Journalist Owen Jones wrote alongside the clip: ‘Massive kudos to Nicola Sturgeon for facing down these far-right thugs.’

Author David C. Weinczok also noted: ‘How many other leaders in the last decade have unflinchingly called out fascists and ethnonationalists as firmly as Nicola Sturgeon does to Britain First here in Glasgow?

‘As an immigrant and New Scot, it means the world to see this and know she means it.’