Stonehaven crash: At least one person reportedly dead after train derails in Aberdeenshire

The derailment of a passenger train in Aberdeenshire has seen a major incident declared following reports of at least one death and serious injuries.

Emergency services are responding to the “extremely serious” incident in Stonehaven after being called to the scene around 9.40am on Wednesday. 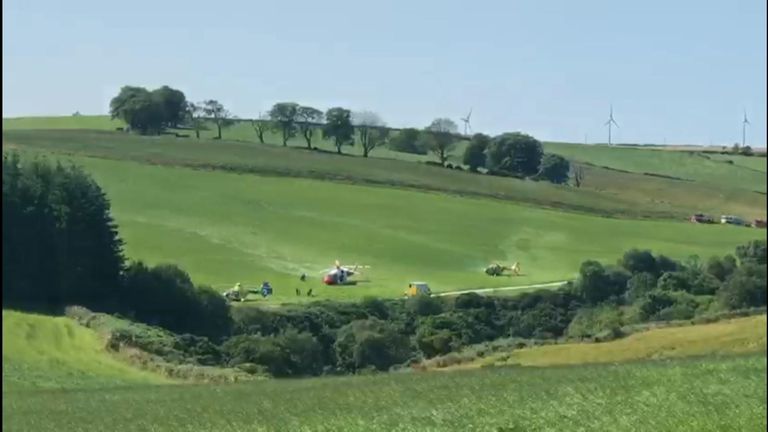 A number of ambulances and a medical helicopter were pictured parked in a nearby field.

Rail industry sources told the PA news agency that the suspected cause of the incident was a landslip.

The train involved was said to be the 6.38am Aberdeen to Stonehaven service, made up of a locomotive and four carriages.

“I’ve had an initial report from Network Rail and the emergency services and am being kept updated,” she posted on Twitter.

“All my thoughts are with those involved.”

Speaking later during First Minister’s Questions in the Scottish Parliament, Ms Sturgeon said there had been “early reports of serious injuries” as she revealed a “major incident” had been declared. 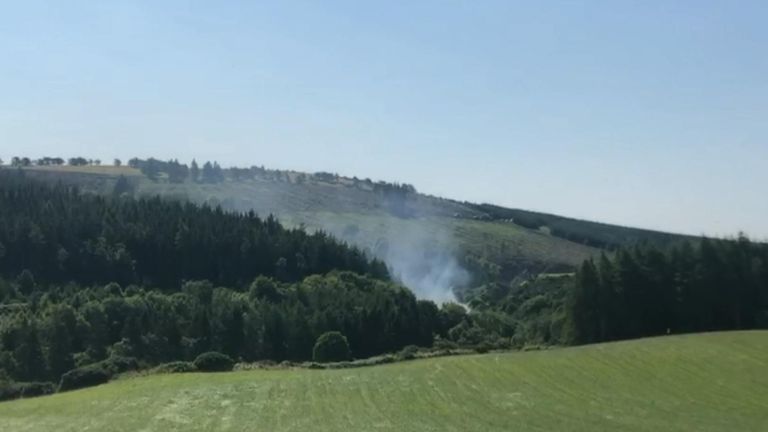 Separate sources told the PA news agency at least one person has died, although that has yet to be officially confirmed.

Thunderstorms had caused flooding across Aberdeenshire on Wednesday, prompting the cancellation of some rail services and the shutting of a number of schools.

At 9.49am on Wednesday, Network Rail Scotland posted a video of a landslip and flooding on rail tracks at Carmont, believed to be close to the scene of the derailment.

“At Carmont, we’ve had reports of a landslip, which means services can’t operate between Dundee & Aberdeen,” Network Rail Scotland had posted on Twitter.

It is unclear whether the landslip was directly related to the incident.

Local journalist Lewis McKay, speaking to Sky News from the scene shortly before 1pm, said there were “still a lot of emergency services arriving”.

He described how the area could only be reached by a “very, very narrow” roads, while the trainline running through the area had “very, very steep” embankments.

“The issue here at the moment, it seems to me, is that this is possibly the most inaccessible area this could have happened,” he said.

He added: “This morning it was probably the worst flooding I have seen in the northeast for a long, long time.”

Prime Minister Boris Johnson said he was “saddened to learn of the very serious incident in Aberdeenshire and my thoughts are with all of those affected”.

Transport Secretary Grant Shapps said he had held an urgent meeting with rail operators about the Stonehaven derailment.

“British Transport Police & Network Rail are on location, along with rail workers who were nearby,” the UK cabinet minister posted on Twitter.

“The UK Government will provide every support. My thoughts are with those involved and their families. 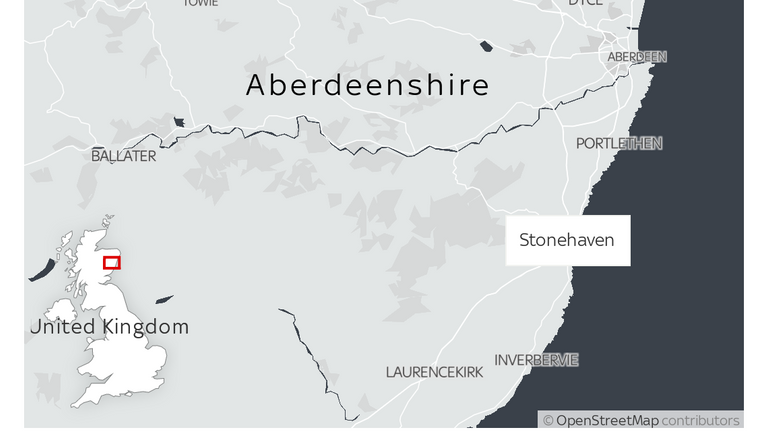 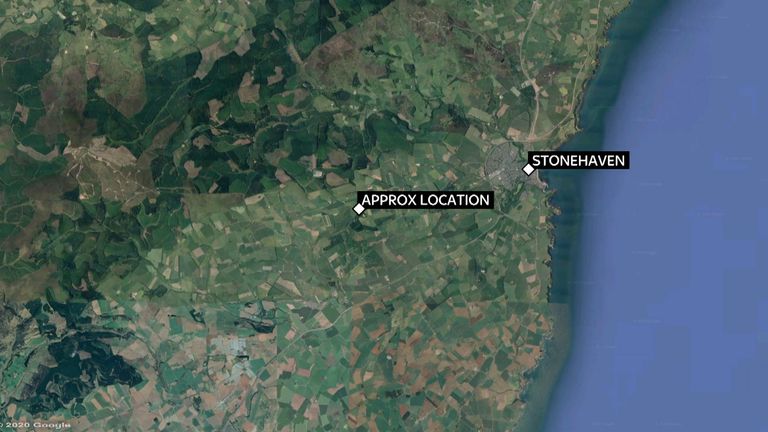 Network Rail Scotland said they were “working alongside the emergency services to respond to an incident involving a train near Stonehaven”.

A spokesperson added: “It is too early to confirm the exact nature and severity of the incident and more details will be made available once known.”

Andrew Bowie, the Conservative MP for West Aberdeenshire and Kincardine, said he had spoken by telephone to Mr Shapps.

The local MP, who said a major incident had been declared at Aberdeen Royal Infirmary, had been in Stonehaven surveying flood damage earlier on Wednesday.

Mr Bowie said: “The situation was really bad this morning, the River Carron, the main river which flows through it, had burst its banks and the heavy rain had caused flooding in the centre of Stonehaven and lots of the side streets leading off it.

“Luckily, the water receded incredibly quickly and the river has peaked and is going down.”

“Obviously none of us expected there to be such a serious incident as a rail derailment at the same time, but it just goes to show how damaging the bad weather can be.”

He added: “I don’t think speculation is helpful at this stage. We obviously don’t know why the derailment took place, but obviously we have suffered terrible weather here.”

A spokesperson for NHS Grampian said: “We can confirm we are on a major incident footing following an incident involving a train near Stonehaven.

“We have well-rehearsed protocols and procedures for dealing with such incidents and are working closely with emergency service partners.”

Rail regulator the Office of Rail and Road said it was sending an inspector to the Stonehaven site.

Mick Lynch, the assistant general secretary of the Rail, Maritime and Transport union said: “RMT is aware of the major incident at Stonehaven and our reps are liaising directly at senior level with both Scotrail and Network Rail.

“Our priority at this time is to support our members, their colleagues and their families and to do all that we can to assist the rescue operation which RMT members are currently involved in.

“The facts behind this incident will need to be established in due course but at this stage we are focused on support and assistance and our thoughts are with all those impacted by this tragedy.”