Star Wars toys sold for £2,300 after being stored in loft for 40 years 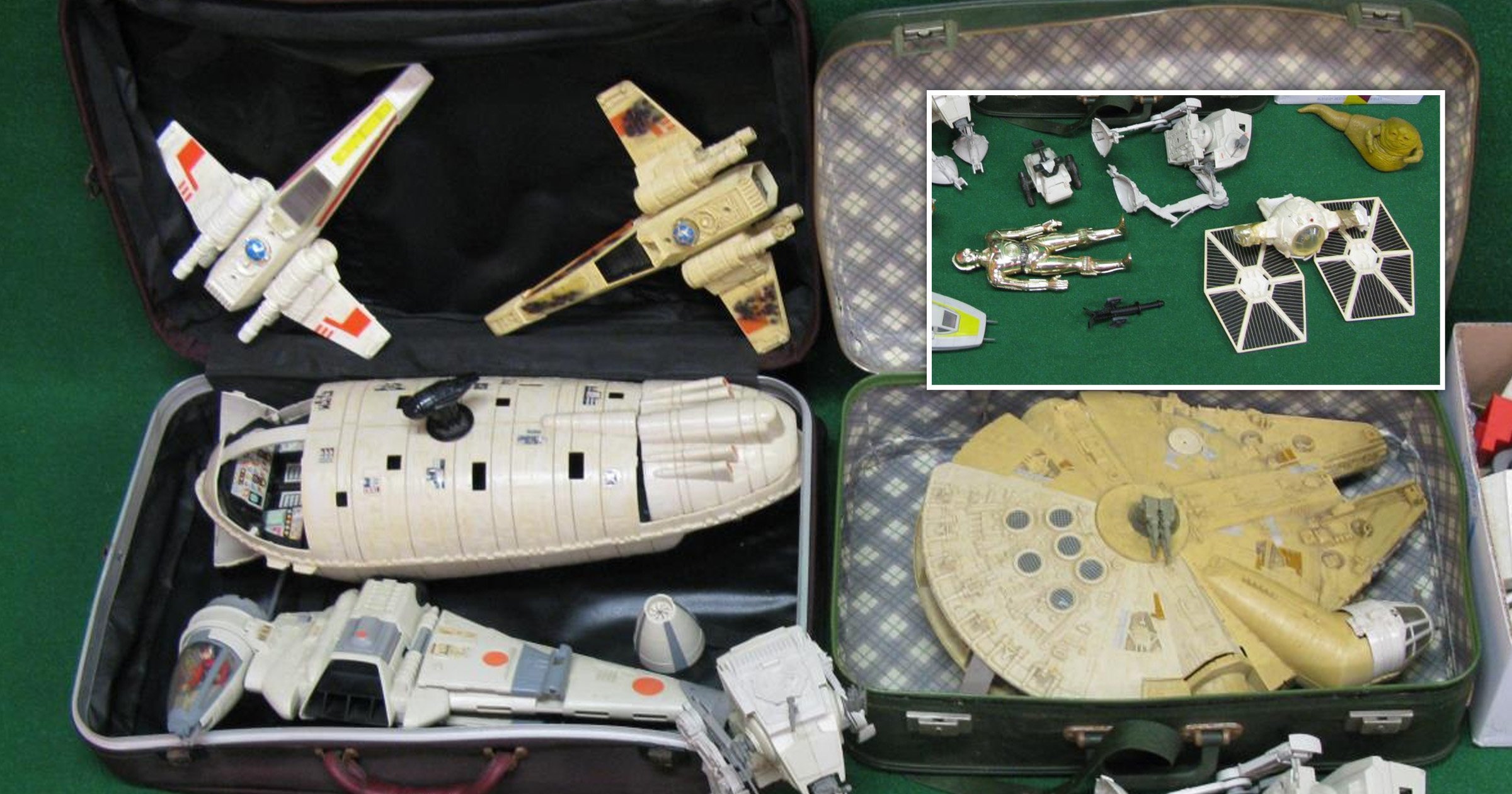 Star Wars fans didn’t have to visit a galaxy far, far away to find memorabilia last week when rare toys sold for thousands at auction.

Figurines of well-known characters such as C-3PO and Jabba the Hutt – alongside beloved spaceships like The Millennium Falcon – were found in two old suitcases stored in a loft for more than 40 years.

Although slightly worn, the collection made £2,300 at Watsons Auctioneers in Heathfield, East Sussex.

Watsons told Metro.co.uk that they were ‘pleased’ with the auction results.

A spokesperson said: ‘This was the first toy and transport auction in 18 months where we could have buyers in the room and it was nice to have that buzz again.

‘These items all came from a house clearance so were fresh to the market.  They were fiercely contested by two buyers in the room as well as online.

‘The excitement was caused by one particularly rare figure (which was not released in America) and the weapons which are normally the first items to be lost.’

It isn’t the first time vintage Star Wars toys have raked in some serious cash, either.

Action figures of Luke Skywalker, Obi-Wan Kenobi (played by Alec Guinness) and Boba Fett were put up for sale in 2015 as part of a collection valued at up to £100,000 at the time.

In total Mr Stevens proved he was a force to be reckoned with, taking home £66,000 from two days’ worth of sales, according to Teeside Live.

The jacket worn by Han Solo (Harrison Ford) in The Empire Strikes Back was expected to fetch £1 million in 2018, but it failed to sell at auction.

More recently, an auction in London saw a miniature ILM X-wing from Return of the Jedi sell for £190,000.

Anakin Skywalker’s belt lightsaber from Revenge of the Sith went for £180,000.

But another item from film history stole the limelight when it was sold at the Prop Store Entertainment Memorabilia auction.

Away from the orbit of Star Wars, the Buddy costume worn by Will Ferrell in the 2003 Christmas classic Elf went for £175,000.

Christmas came early for the mystery buyer, who bought the festive costume for almost 10 times the expected price.