Several people have died in a mass shooting at a Walmart supermarket in the US.

A gunman opened fire inside a busy store in Chesapeake, Virginia, on Tuesday night.

The attacker is believed to be a the manager of the store, according to local reports, and is also dead.

An anonymous police source told ABC News that ‘preliminary info is it was an employee, possible manager, went in break room and shot other employees, and himself’.

In one video purportedly of an employee at the scene, he said the ‘manager’ came into a break room and ‘just started shooting’.

He said ‘we lost a number of associates’ without providing a number and described it as a ‘battlefield’.

The death toll was ‘less than 10 right now’, a police spokesperson said a few hours ago, but an exact figure has not been confirmed and others are injured.

A spokesperson for Sentara Norfolk General Hospital, which has the area’s top trauma centre, told a local television station that five patients were being treated there. 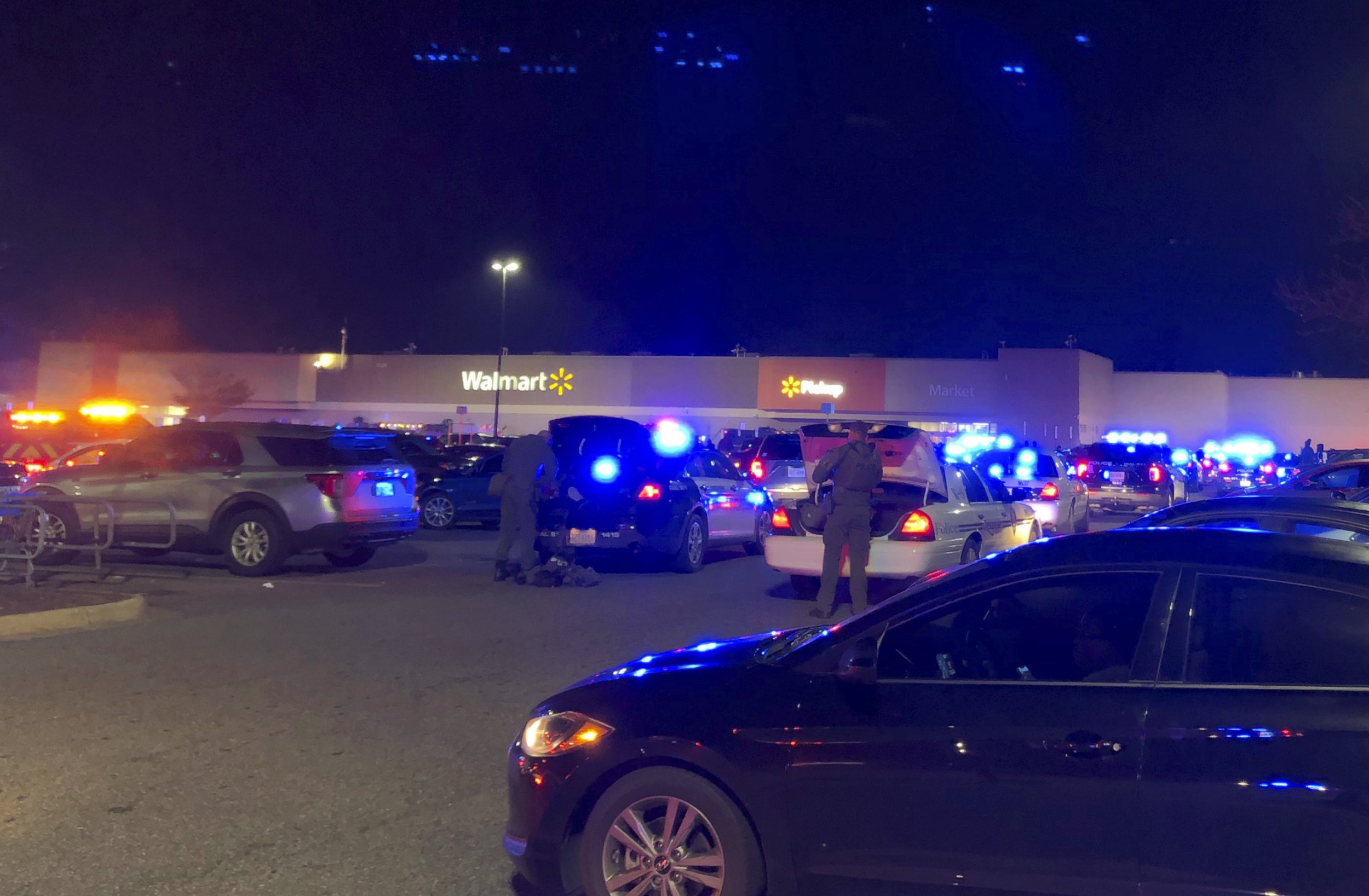 Concerned relatives have been invited to a reunification centre to find out if their loved ones were injured.

A Walmart spokesperson said: ‘We are shocked at this tragic event at our Chesapeake, Virginia store.

‘We’re praying for those impacted, the community and our associates.

‘We’re working closely with law enforcement, and we are focused on supporting our associates.’

L. Louise Lucas, a Democrat state senator, wrote on Twitter: ‘I will not rest until we find the solutions to end this gun violence epidemic in our country.’

It comes just three days after five died in a shooting at a bar in Colorado.

A suspect is in custody after a gunman attacked customers at Club Q, an LGBTQ+ bar in Colorado.

The rampage was halted thanks to a former US soldier and a drag performer who tackled the shooter.

The 22-year-old suspect, Anderson Lee Aldrich, is in police custody.