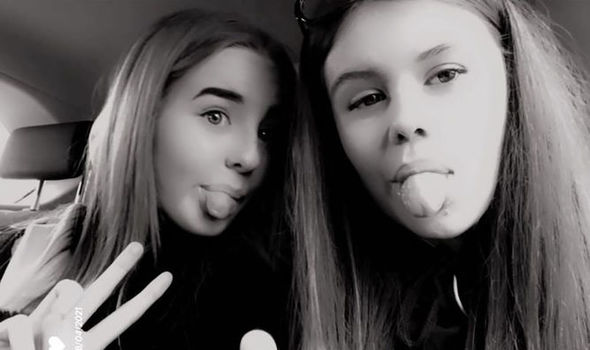 Ellie Hughes and Khloe Woods, both 14, were walking down the riverbank on Sunday afternoon when they saw two boys running past them. They heard someone screaming for help a few minutes later and were shocked to see the 74-year-old man in the freezing cold water.

So the heroic girls made a human chain to get the pensioner out of the River Mersey in Warrington, reports Liverpool Echo.

The man suffered a cut to his face and is traumatised, but the girls have been praised for “saving his life”.

Ellie’s dad Ste Hughes said: “I don’t think they realise how serious it was and what they’ve actually done.

“I said ‘you’ve saved a man’s life’ – I don’t think they realise at that age.

“I’m absolutely bursting with pride I really am.”

Ste said it wasn’t until two days later that Ellie told him what had happened after seeing reports of the incident shared on social media. 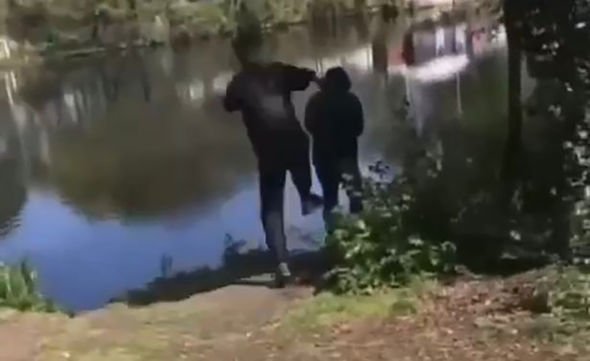 Ste added: “The gent was holding on to Khloe who had hold of his hand and our Ellie had hold of Khloe’s hand.

“Why anyone would do that to an elderly man is beyond belief.”

The teenagers wanted to call for an ambulance but the man declined the offer.

His daughter,  Jacinta Bradbury, said she is planning to take the two girls out for coffee and cake at the weekend to say thank you for potentially saving her dad’s life.

Jacinta, a teacher, said: “If they hadn’t stepped in and acted so bravely it could have ended up differently. He potentially owes them his life.

“I’ve got them on Facebook and I’m going to take them out for coffee and cake this weekend to say thank you.

“What’s important for me is that the boys face the consequences of their actions and it puts the message out that this is absolutely not OK.” 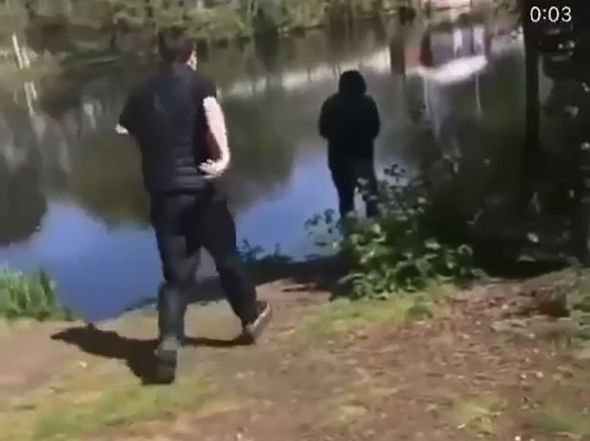 Yesterday a 15-year-old boy was arrested on suspicion of assault and possession with intent to supply cannabis.

While outraged Daily Express readers demanded National Service is brought back for the louts, they also praised the girls for their bravery.

“Their parents must be very proud of them,” one post reads.

Another Facebook user wrote: “Well done girls, you should be so proud of yourselves, your quick thinking has not only saved an elderly man’s life, but also shown other people that not all teenagers are the same.”

A third reads: “I hope the parents of these girls are immensely proud, you have done an amazing job bringing them up.”

Another message says: “Well done to these girls, good to hear there’s actually still good people in this world.”

Disturbing photographs emerged on Wednesday of one teenage boy appearing to boot the man into the water.

Other sneering youths filmed the violence, a video Daily Express chose not to publish.

Cheshire Police is continuing to investigate and has encouraged further witnesses to come forward on 101 quoting IML  973152.