The skeleton of a dinosaur-era reptile found in the Midlands is being described by experts as “one of the greatest finds in British palaeontological history”.

Discovered at Rutland Water Nature Reserve, scientists estimate the fossil of the ichthyosaur – which are sometimes called sea dragons – is about 180 million years old.

Measuring around 10m (33ft) in length and with a skull weighing approximately one tonne, it is the largest and most complete fossil of its kind ever found in the UK. 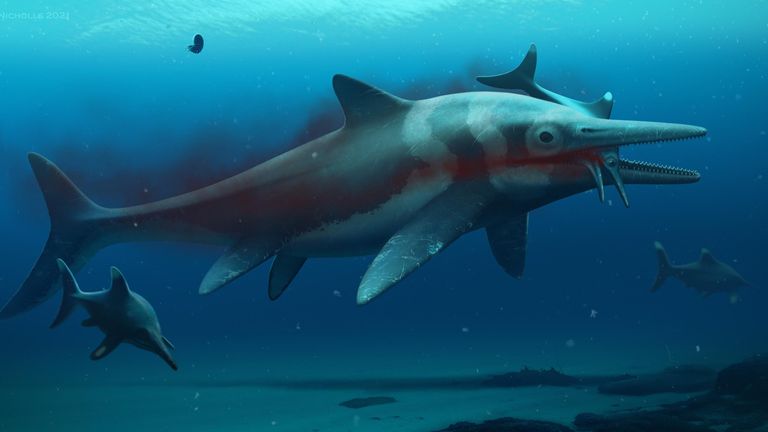 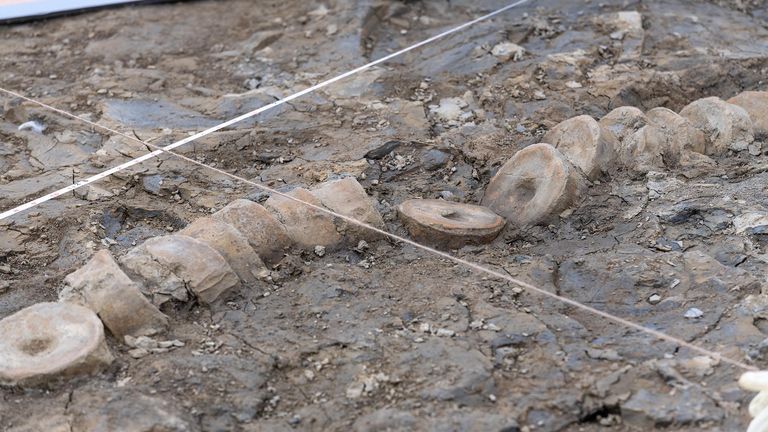 It was discovered by Joe Davis of Leicestershire and Rutland Wildlife Trust during the routine draining of a lagoon at Rutland Water, a reservoir, in February 2021.

Dr Dean Lomax, a palaeontologist who has studied the species, said: “Despite the many ichthyosaur fossils found in Britain, it is remarkable to think that the Rutland ichthyosaur is the largest skeleton ever found in the UK.

“It is a truly unprecedented discovery and one of the greatest finds in British palaeontological history.”

First discovered by Many Anning

Called sea dragons because they tended to have very large teeth and eyes, they were first discovered in the early 19th century by fossil hunter and palaeontologist Mary Anning, the subject of the recent Netflix film Ammonite. 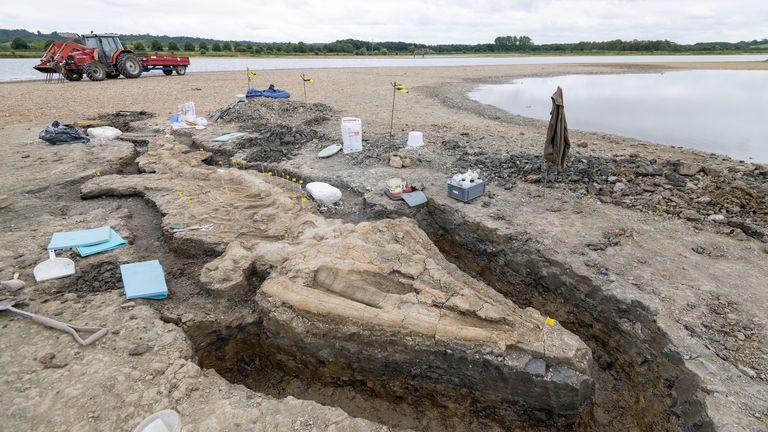 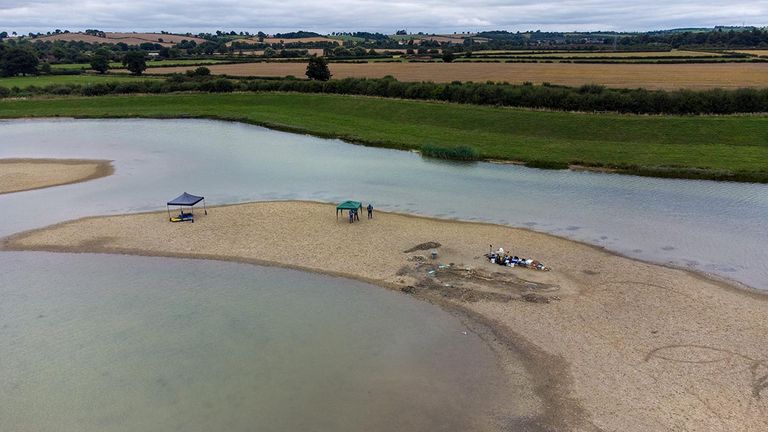 The remains of the creature were dug out by a team of expert palaeontologists from around the UK in August and September.

Two incomplete and much smaller ichthyosaurs were found during the initial construction of Rutland Water in the 1970s. However, the latest discovery is the first complete skeleton.

Dr Mark Evans of the British Antarctic Survey said: “I’ve been studying the Jurassic fossil reptiles of Rutland and Leicestershire for over 20 years. 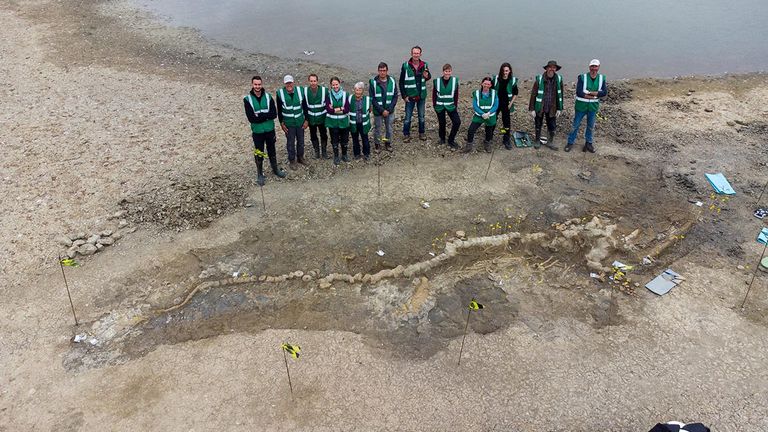 “When I first saw the initial exposure of the specimen with Joe Davis I could tell that it was the largest ichthyosaur known from either county.

Complete to the tip of the tail

“However, it was only after our exploratory dig that we realised that it was practically complete to the tip of the tail.

“It’s a highly significant discovery both nationally and internationally,” he added.

Anglian Water, which owns the area, said it was now seeking funding to protect and display the bones nearby.