Rule Britannia belted out on final night of BBC Proms after outcry: ‘Wasn’t that hard!’

Controversy arose last month over the BBC claiming the lyrics to British anthems would be pulled from the event over “colonial ties”. But the broadcaster u-turned on the decision following outrage over the ban. On the last night of the Proms, a reduced orchestra performed the traditional anthems to an empty Royal Albert Hall due to coronavirus restrictions.

The orchestra, 65 members strong instead of the usual 300, performed the classics live on Saturday night.

Originally, the anthems would have been performed without vocals over their controversial lyrics.

Part of the outrage was directed at Rule Britannia’s controversial lyrics, which said: “Britons never, never, never shall be slaves.”

Prime Minister Boris Johnson weighed in on the ban, and demanded the broadcaster play the anthems in full.

He added: “It’s time we stopped our cringing embarrassment about out history.” 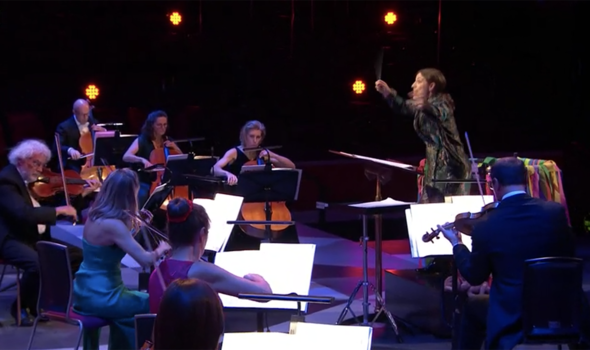 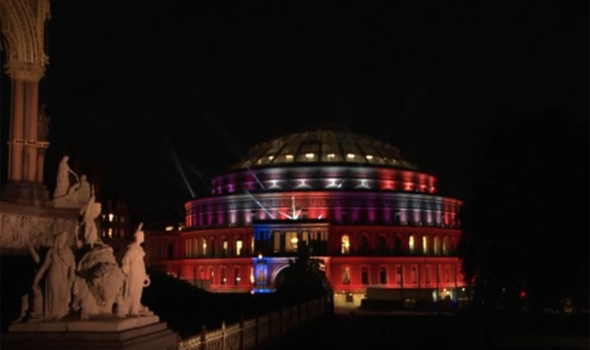 The full, uncensored versions of the anthems were met with joy from viewers.

“Who could ever want more from their national anthem?”

Another added: “The British National Anthem was sublime, beautifully done.” 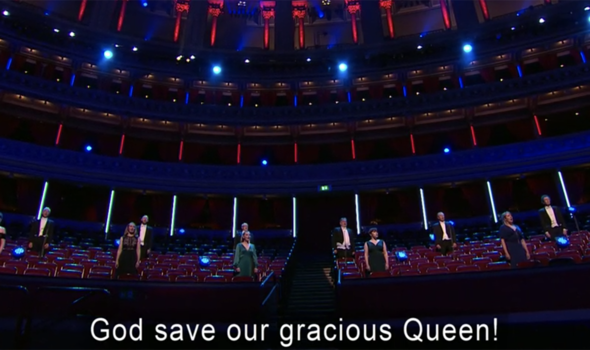 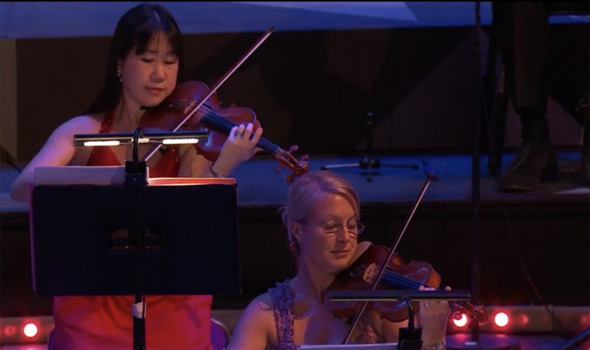 Richard Holden, MP for North West Durham, chimed in online, and said: “See! Wasn’t that hard was it BBC!”

More Twitter users lavished praise onto the event, with some describing the event as “unique, poignant, respectful, appropriate and memorable”.

Another user added: “That was one of the most moving and memorable concerts I’ve ever attended, and the only one where I’ve seen a cameraman moved to tears.”

In a call for unity after the ban, one user said: “We all have our own tastes and opinions however the quality, skill and professional dedication to the whole performance is beyond doubt.”

Not every viewer was happy with the performances of the national anthems however.

One user said the event was a “wonderful feast of music” until it was ”soiled, right at the last, by bombastic & ridiculous ‘Rude Britannia’ & GSTQ”.

They added: “As always, a fight to avoid vomiting.”

Another said: “Omg! They couldn’t have made it look more pathetic if they had even tried.” 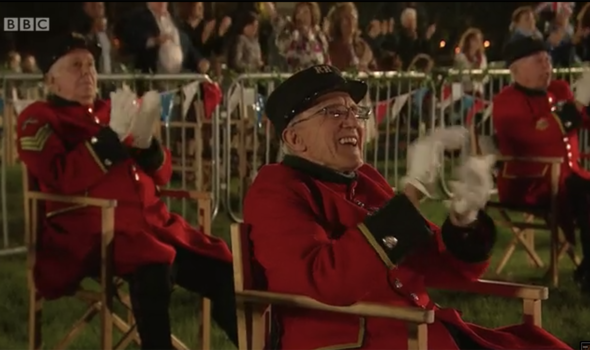 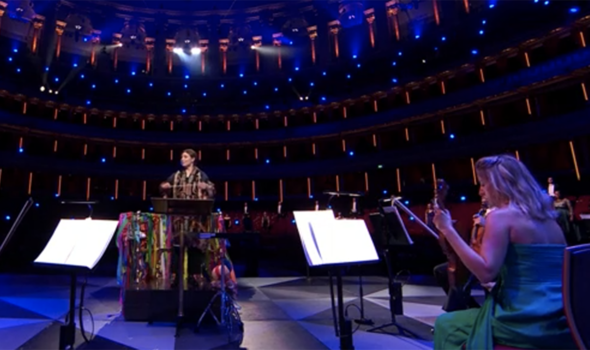 One user took issue with the reduced capacity due to the coronavirus restrictions, and said: “Some sort of an audience and more singers might have helped.”

The BBC defended the reduced capacity, and said: “While it can’t be a full choir, and we are unable to have audiences in the hall, we are doing everything possible to make it special and want a Last Night truly to remember.

“We hope everyone will welcome this solution.”

The broadcaster added they hoped “the night itself will be a very special moment for the country” after the pandemic.