At the time when Prince Harry and Meghan got engaged, the atmosphere was happy and optimistic in the so-called ‘royal Twittersphere’. Royal fans were eagerly anticipating the royal wedding as Harry, Meghan, William and Kate were branded “the Fab Four”. However, royal experts believe things started to turn sour between Meghan and Kate fans after the wedding and stories started to emerge that all was not well between the Sussexes and Cambridges.

They discussed their experience of the polarised atmosphere and how the social media side of things became “so awful in a lot of ways” between fans in a recent episode of the podcast.

Ms Gripper said: “I know when we started doing all this, going into royal Twitter land was a happy, shiny, magical place where everybody just thought this is brilliant and it’s exciting.” 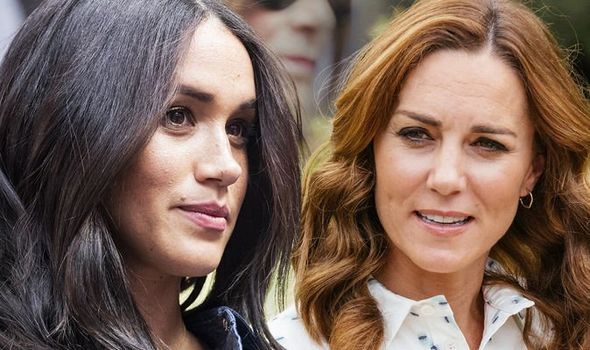 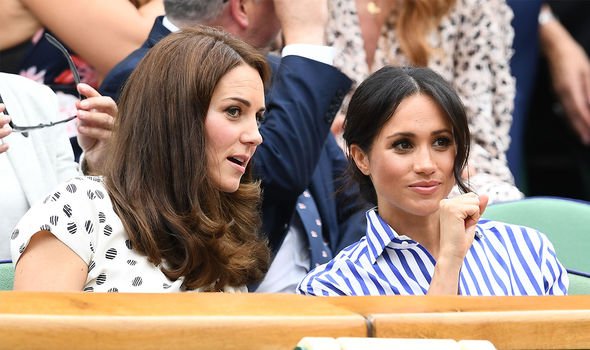 She added: “It was optimism, excitement and everybody was excited for the wedding.”

Ms Gripper, who has been a royal fan for years even before the podcast started, said she noticed a considerable change in the spring after the wedding, when it all started to unravel.

She said: “I don’t know whether it was when the households split or whether it was before that when you started getting the chitter chatter about everything that wasn’t right.

“Because Christmas was still very much the Fab Four. I think it was probably the spring after the wedding when it started to unravel in every respect and the honeymoon period, if you like, was over.” 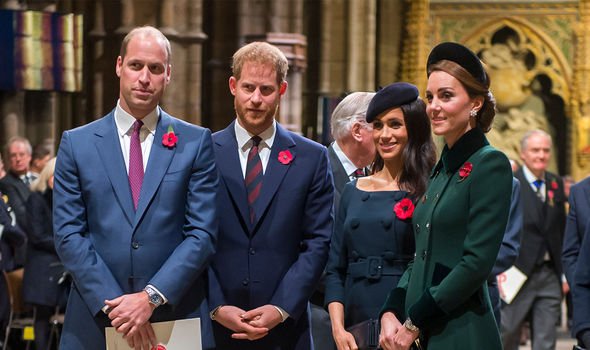 Mr Myers said he had a different experience in that when he was getting involved in royal Twitter in summer 2018 he could already see it was “very, very polarised”.

He said: “I’ve been doing this for about two and a half years and when I came into it, I immediately saw that it was a very polarised arena.

“There were certain royal fans who were really great to interact with and I’ve spoken to royal colleagues who have done this job for a decade or longer – the royal reporters that we have had on the show that many of our listeners will know and are my colleagues.

“But immediately I had seen even in that time, I just thought it was so polarised, I found it quite worrying.” 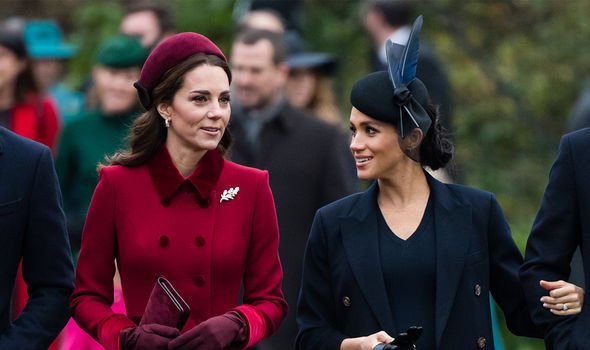 Ms Gripper responded that perhaps because she was already in the royal social media space and was seeing the good aspects of it, so it took longer for her to notice the makeup of it was changing.

She added that it is, of course, not all Meghan and Kate fans who are polarised, but there are “royal extremists” on both sides.

Both Meghan and Kate have been subject to some horrific verbal abuse on Twitter and other social media platforms.

Some of the hate is racist and misogynistic and often the two Duchesses are pitted against each other.

An investigation by Hope Not Hate found that Meghan was bombarded with 5,200 hateful tweets with hashtags like #Charlatanduchess in just two months and that 70 percent of the abuse came from just 20 accounts.

She has outrageously been accused of faking her pregnancy and even been threatened with violence.

Palace aides are understood to have been particularly concerned about users abusing one another, often in the guise of supporting ‘Team Meghan’ or ‘Team Kate’.

They also said they spend several hours a week trying to moderate and delete abuse comments on their social media channels, often on pictures of Meghan or Kate.