Royal row: How Queen was almost ousted from this Royal Family forever

Royals are expected to adhere to a strict code of conduct, but throughout history, royals have often taken on mistresses or royal consorts. A royal consort is the spouse of a ruling king or queen but in some countries, concubines are taken on in addition to official spouses. But which Queen was almost ousted from one particular Royal Family forever?

Thailand’s King Vajiralongkorn reinstated his royal consort to the position after she was stripped of all of her titles almost a year before.

King Vajiralongkorn returned Sineenatra Wongvajirapakdi’s rank and titles on Wednesday, it was announced.

Sineenatra was stripped of her rank in October 2019, only months after being named the King’s companion.

She was the first royal consort in almost a century in Thailand. 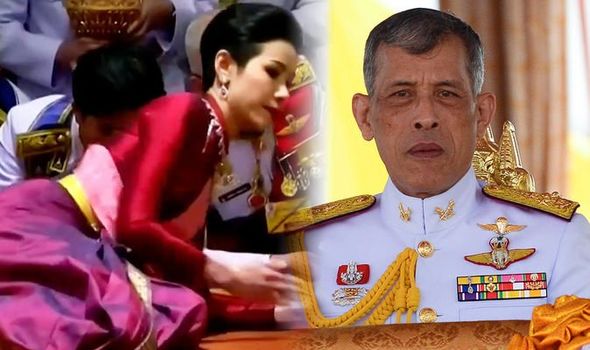 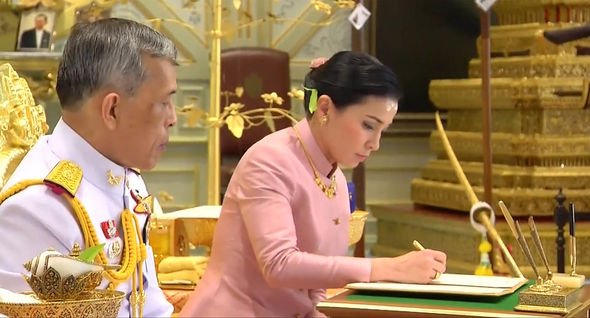 A royal consort is defined as a partner in addition to the King’s wife.

Sineenatra was stripped of her royal titles in this dramatic fall from grace after she was accused of trying to elevate herself to “the same state as the Queen”.

Last year, she was also accused of “misbehaviour and disloyalty” against the monarch.

The royal consort was not seen in public since that time and her whereabouts were unknown. 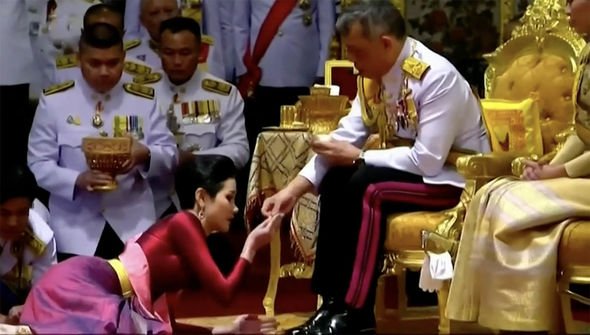 However, now the Thai King, 68, declared Sineenatra, 35, as “untainted” or innocent of the accused crimes.

The statement read: “Henceforth, it will be as if she had never been stripped of her military ranks or royal decorations.”

Sineenatra, from northern Thailand, worked as a nurse before she entered a relationship with the then-crown Prince Vajiralongkorn.

She went on to become a bodyguard, pilot and parachutist before she joined the royal guards.

In May 2019, King Maha named his longtime partner Suthida Vajiralongkorn Na Ayudhya as queen when they were married a few days before his formal coronation.

Just two months later, the King made the rare move of bestowing the title of royal consort on Sineenatra.

The palace said in October 2019 Sineenatre “showed her objection and exerted pressure in every way to stop Her Majesty the Queen’s installation and to get herself installed instead as she had wished” according to Channel News Asia.

The outlet added: “However, things did not turn out the way she had wished for.

“After the royal ceremony, with aspiration and ambition, she tried to find ways to get herself bestowed her title.” 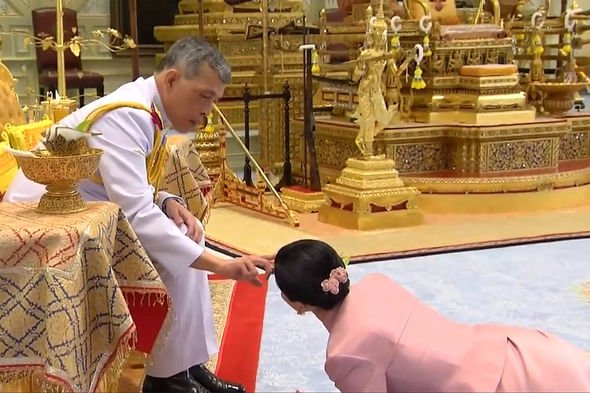 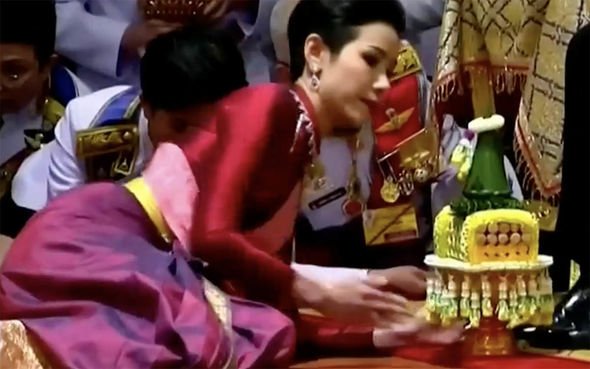 The removal of Sineenatra in 2019 mimicked two former similar incidents of two of the King’s former wives.

In 1996, he denounced his second wife, who fled to the United States, and disowned four sons he had with her.

His third wife was similarly stripped of all of her titles and banished from the royal court in 2014.

Queen Suthida was a former flight attendant for Thai Airways and had been seen with him in public for many years.

Their relationship was never publicly acknowledged before he married her.

But even after his marriage, his concubine Sineenatra was a regular guest ar royal events until her downfall.

Through the centuries, kings in Thailand have taken on multiple wives or consorts.

The announcement about Sineenatre came on Wednesday amid anti-government protests in Thailand as a result of the military becoming entrenched its political rule after a 2014 coup.

The protesters have challenged the King’s decision to declare Crown wealth as his personal property, making him by far the wealthiest person in Thailand.

It had until now been notionally held in trust for the benefit of the people.