Royal baby: How Archie will share CLOSE BOND with Queen – and it’s because of Diana

Meghan Markle and Prince Harry proudly showed off their firstborn child to the media inside St George’s Hall in Windsor Castle. Just a few short hours later, the royal baby’s name was revealed to be Archie. Meghan and Harry shared an adorable picture of Archie meeting the Queen and the Duke of Edinburgh for the first time, looked on by them and Megan’s mother Doria Ragland. The Queen looked enthralled by her eighth and newest great-grandchild.

Former butler to Prince Charles, Grant Harrold, told a royal documentary on Quest Red last month: “I think in public we can see that the Queen does let her guard down a bit with Prince Harry. There’s a very special relationship.

He added: “Sometimes, I wonder if maybe he reminds the Queen a little bit of Prince Philip.

“You know, with that wonderful, let’s say, the kind of glint in his eye.” 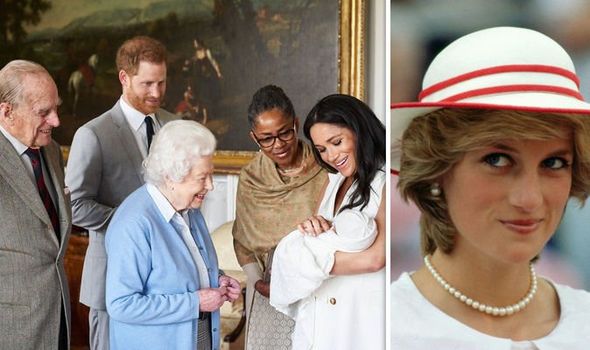 The relationship between grandmother and grandson was cemented during one of the darkest periods of Harry’s life – the death of his mother, Diana, Princess of Wales, in 1997.

A BBC documentary aired in August 2017 saw Prince William and his brother open up about the difficult time, praising the Queen for her support.

At the time, the head of monarch received a very public backlash after she was deemed to have reacted coldly to Diana’s death.

The Union Jack flag was only lowered to half-mast at Buckingham Palace after several days and only in the face of public outrage. 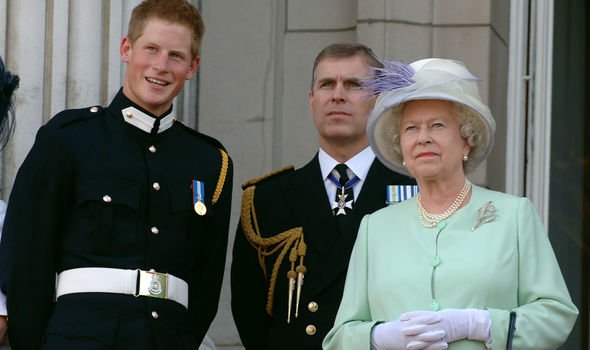 But William said he remembered things in a different way.

In the television special, he said: “At the time, you know, my grandmother wanted to protect her two grandsons and my father as well.

“Our grandmother deliberately removed the newspapers and things like that, so there was nothing in the house at all, so we didn’t know what was going on.”

And back then, obviously, there were no smartphones or anything like that so you couldn’t get your news, and thankfully at the time to be honest, we had the privacy to mourn and collect our thoughts and to have that space away from everybody. We had no idea that the reaction to her death would be quite so huge. 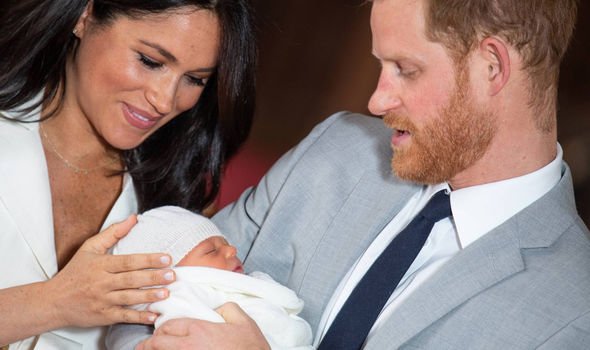 “I think it was a very hard decision for my grandmother to make.

“She felt very torn between being a grandmother to William and Harry and her Queen role.

“Everyone was surprised and taken aback by the scale of what happened and the nature of how quickly it happened, plus the fact that she had been challenging the Royal Family for many years beforehand.

“It was a case of how do we let the boys grieve in privacy, but at the same time when is the right time for them to put on their prince hats and carry out duties to mourn not just their mother, but the Princess of Wales… and a very public audience.”