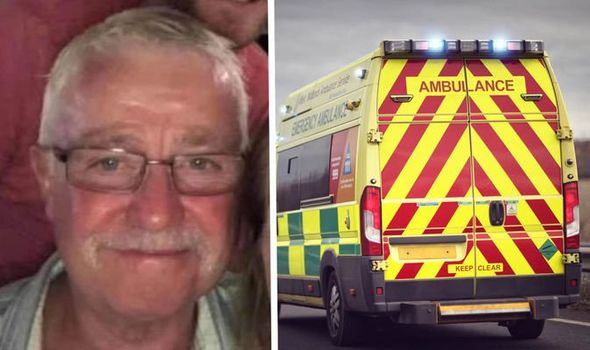 He had retired as a paramedic in November but rejoinedWest Midlands Ambulance Service in January to help his colleagues during the winter wave of coronavirus. The unidentified object struck his ambulance at 8am on Saturday as he and the driver were on their way to an emergency. The driver, who was also injured, tried to revive Jack. Other ambulances raced to the scene on the A49 outside Hereford but Jack could not be saved.

He added: “Jack was a remarkable character. He was one of life’s good guys and he will be sorely missed in and around Hereford.”

Messages of sympathy have poured in from emergency services across the country, he added.

“Jack was a loving husband, a father and for us in the ambulance service, he was not just a colleague but a dear friend as well.”

A picture of the damaged vehicle showed a large hole in the windscreen on the passenger side.

Early reports that an object had been thrown at the vehicle were dismissed. Insp Chris Watson, of West Mercia Police, said the force continued to investigate the “tragic” and “difficult” incident.

He added in a statement: “We are still thoroughly investigating this incident and, although at an early stage, we are satisfied that this was not a deliberate act despite some speculation on social media.

“We are continuing to support the victim’s family at this challenging time and would ask that they are given time to grieve.

“They would like to thank everyone for the support and well-wishes they have received.”

Speaking about the incident, Mr Hudson said: “We had a 999 call where the crew responded on Saturday shortly before 8am. About a minute after eight, we had a 999 call to say the crew had been involved in an incident, whereby an object of some description had gone through and pierced the windscreen and one of the crew members was unconscious. 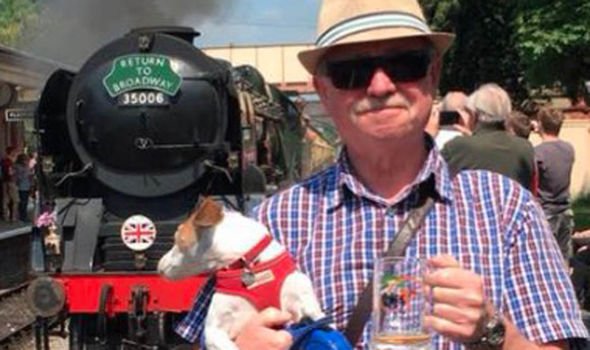 “The driver of the vehicle, who was also injured, was able to get out and try and help Jack and started life-saving treatment to try and resuscitate him.”

Jack served for 25 years in a light infantry regiment before becoming a paramedic in 1992, his family said.

They added that he was a keen metal detectorist and accomplished tour guide as well as being a “devoted husband, father, grandfather and great-grandfather”.

West Mercia Police are asking anyone who saw the incident or has dashcam footage to contact them on 101.