Rescuers fight to save baby whale washed up on UK beach 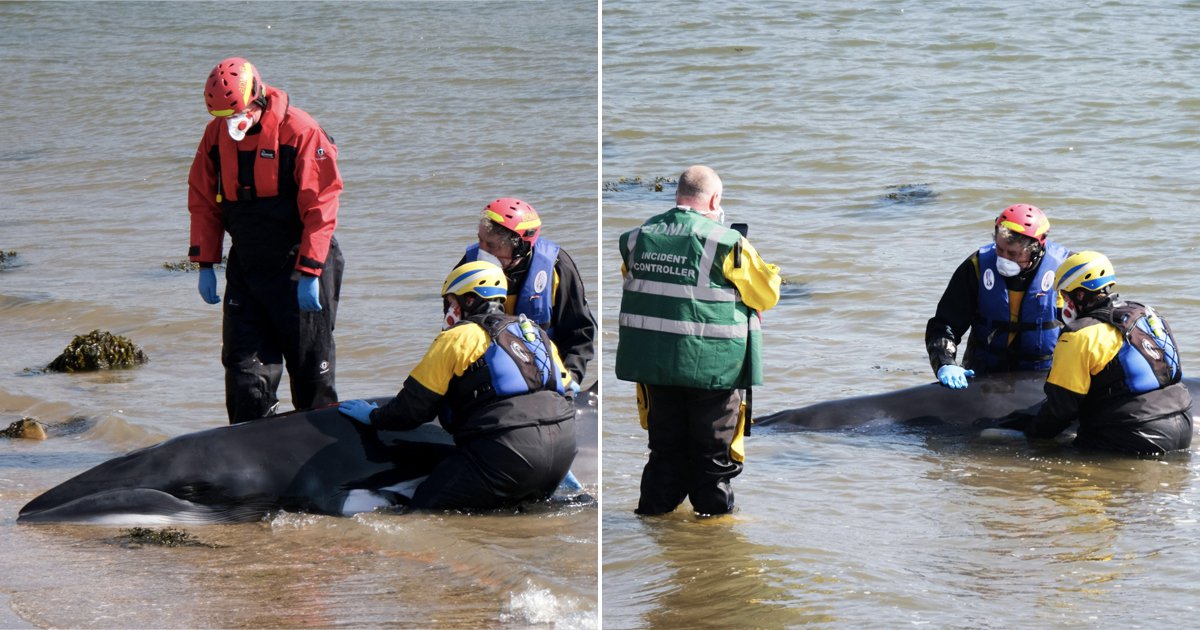 A rescue mission was launched to try and save a baby whale after it washed up on a beach in Scotland.

The young minke was found stranded in Dalgety Bay, Fife, on Saturday morning.

Rescue teams comprising members of the coastguard, Scottish Society for the Prevention of Cruelty to Animals and experts from the British Divers Marine Life Rescue were scrambled to the coastal spot.

The beach was cordoned off to the public as they battled to save the one-year-old whale. They warned that ‘there is a real worry’ it will not survive if her mother does not come back to the area.

One rescuer told The Courier: ‘It’s a concern as the whale is very young indeed, certainly we estimate to be less than a year old which it would be still fully dependent on its mother for milk and security.

‘Spotters are keeping a lookout for the parent whale that we hope is still in the area.

‘If it is then we have a good chance, if not then there is a real worry that the baby will not survive.’

Another member of the rescue team, Paul Smith, said they are holding the baby whale in shallow water ‘in the hope of it being able to build up its strength’ after tests showed it ‘to be quite weak’.

He added: ‘We will continue to monitor the condition of the animal in the hope we can re-float but at the moment its looking like it could sadly go either way.’

Muriel Buick, who lives nearby, said the rescuers were trying to ‘slowly coax’ the whale into deeper water.

She told The Courier: ‘Volunteers remained either side of it trying to get it to swim back out into the Forth but it continued to remain in water that was only waist height.

‘We just hope that all the effort by everyone can get the whale back out to safety.’