A rare, centuries-old Roman mosaic has been unearthed in a farmer’s field.

The artwork, which dates back to the third or fourth century AD, depicts a scene from Homer’s The Iliad – the epic fight between Achilles and the Trojan hero, Hector – and is one of only a handful of such mosaics in Europe.

It was discovered during excavations of an elaborate villa complex discovered on a site in Rutland, Historic England said.

Such is its rarity and importance, the site has been officially protected as a scheduled monument by the Department for Digital, Culture, Media and Sport (DCMS), it was announced on Thursday. 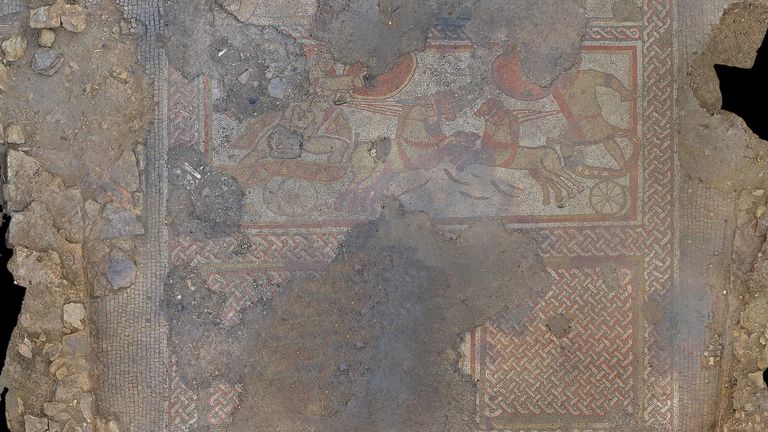 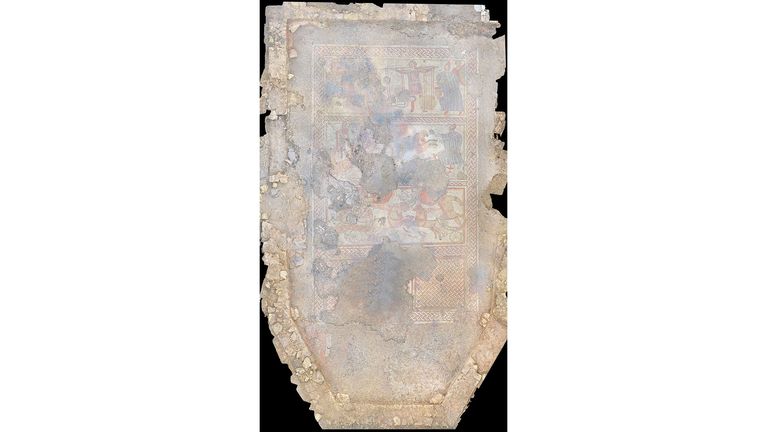 The mosaic formed the floor of a large entertaining or dining area within the villa, likely to have been owned by a wealthy person from the late Roman period.

The site itself was discovered during last year’s lockdown by Jim Irvine, whose father Brian Naylor owns the land.

Mr Irvine then notified the authorities, leading to an excavation by University of Leicester archaeological services (ULAS). 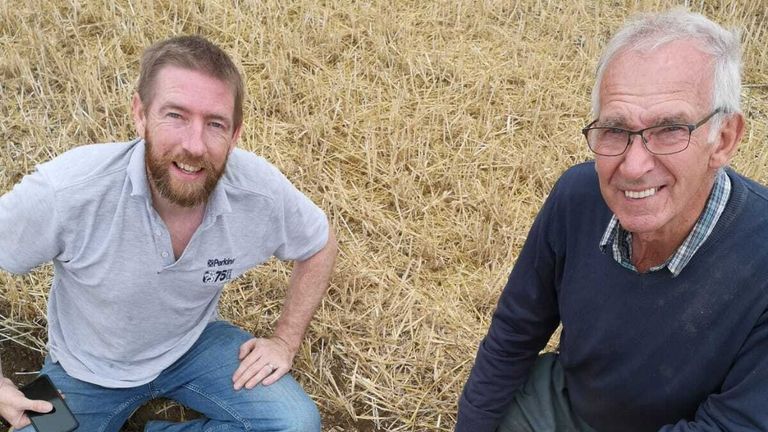 He described how what started as “a ramble through the fields with the family” led to the “incredible discovery”.

“Finding some unusual pottery amongst the wheat piqued my interest and prompted some further investigative work,” he said.

“Later, looking at the satellite imagery I spotted a very clear crop mark, as if someone had drawn on my computer screen with a piece of chalk.

“This really was the ‘oh wow’ moment.” 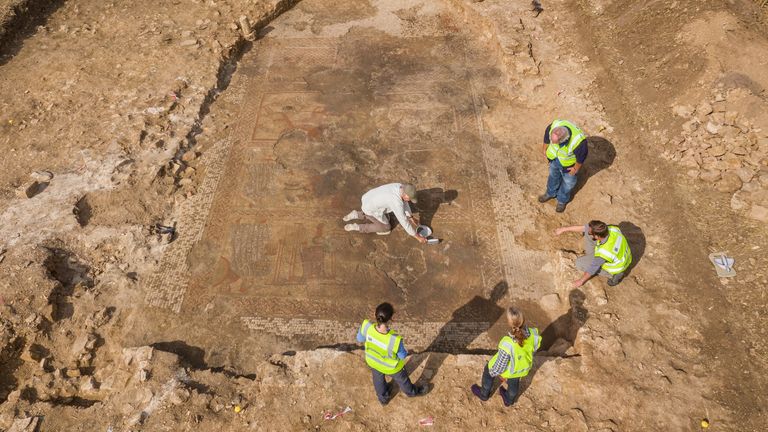 It is unique in the UK in featuring two heroes of antiquity, Achilles and Hector, and their battle which ultimately ended in Hector’s death.

John Thomas, of ULAS, said it was “the most exciting Roman mosaic discovery in the UK in the last century”, and a “very well-preserved example of a villa in its entirety”.

He added that the person who commissioned the artwork clearly had “a knowledge of the classics… who had the money to commission a piece of such detail”.

Other buildings and features revealed by surveys of the land include what appear to be aisled barns, circular structures and a possible bath house, all within a series of boundary ditches.

Human remains were also discovered and are thought to have been interred after the building was no longer occupied.

The dig, on private land, has now been back-filled to protect the site and work will continue to potentially turn over the field to grassland to lower the risk of future damage from ploughing.

Heritage Minister Nigel Huddleston said: “This fascinating discovery of an elaborate Roman complex in Rutland is helping us to understand more about our history.

“I’m delighted we have protected this site to help further studies and excavations.”

The discovery of the Rutland villa and filming as the mosaic is uncovered will be featured as part of BBC Two’s Digging For Britain in early 2022.