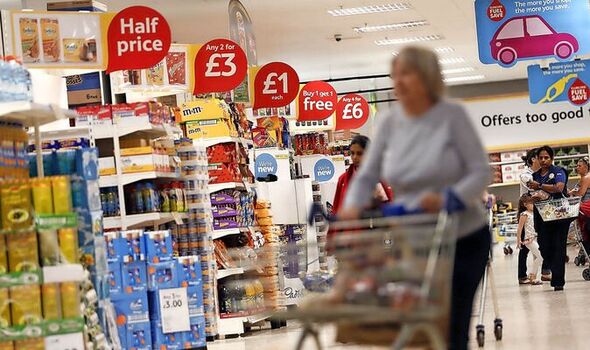 The Prime Minister faced a revolt from Tory MPs amid fears introducing the curbs would deepen the cost-of-living crisis.

But last night it emerged that the introduction of restrictions on multi-buy deals for products high in fat, salt or sugar will be delayed for a year.

Tory MP Esther McVey, below, said that she was delighted by the rethink and called for the measures to be permanently abandoned.

She said: “This is something the Blue Collar Conservative Group has been campaigning on for a long time.

“Thank goodness common sense has prevailed, for how on earth in a cost-of-living crisis could the Government be banning ‘get
one free?’”

“I was against this from the start and made my views known at the highest level.”

“People need to be free to make their own choices and that includes taking advantage of any buy one, get one free offer or any other offer that may be available.”

“This needs to be scrapped for good and not just delayed for a year.”

“Pausing restrictions on deals like buy one, get one free will allow us to understand their impact on consumers in light of an unprecedented global economic situation.”

The Government said the decision followed concerns that higher global energy and food prices meant the ­measures would add to the woes of many. A ­promised ban on TV junk food advertising before the 9pm watershed has also been delayed until January 2024.

Restrictions on the placement of less healthy products in key ­locations such as checkouts will still come into force as planned in October.

The PM had said restrictions on food deals were not meant to be “excessively bossy” but a gentle nudge. But he faced resistance from some Tory MPs, cabinet ministers and backbenchers who urged him to drop the plans.

However, there was an outcry from many health leaders and charities dismayed at the U-turn.

Healthy eating campaigner Jamie Oliver said: “This is a wasted opportunity and it starts to erode the whole obesity strategy.”

“I really hope the PM proves me wrong and shows real leadership to give young people a healthier and fairer future.”

Caroline Cerny, of the Obesity Health Alliance, said the move would “have severe ramifications for children’s health”.

She said: “We urge Boris Johnson to remember the promise he made to make it easier for everyone to be healthier and reverse this abysmal decision.”