Queen’s quip after royal wedding near disaster – ‘You’ve been dismantling my house!’

Cake designers Fiona Cairns and Rachel Eardley recalled the moment they had to move the Duke and Duchess of Cambridge’s wedding cake into the main reception hall of Buckingham Palace but could not navigate it through the narrow doorways. After resorting to removing the doors off their hinges, the bakers were given the shock of a lifetime when the Queen was seen walking towards them. After inspecting the cake, the Queen is said to have turned to Ms Cairns saying “you’ve been dismantling my house” to which a nervous Ms Cairns had no reply.

Speaking on BBC’s documentary Royal Wedding: A Day to Remember which looked back at Prince William and Kate’s wedding ten years on, the programme interviewed the team behind the royal wedding cake.

Ms Cairns told the programme: “We were approached by Clarence House to make the cake for William and Catherine – that was the most wonderful moment.”

She explained the team were given a briefing of what to include in the cake such as fruit and not having it as large or tall as previous royal wedding cakes.

Ms Cairns said the cake was much “softer and romantic” and revealed Kate sent a list of 17 flowers that were to be included on the cake. 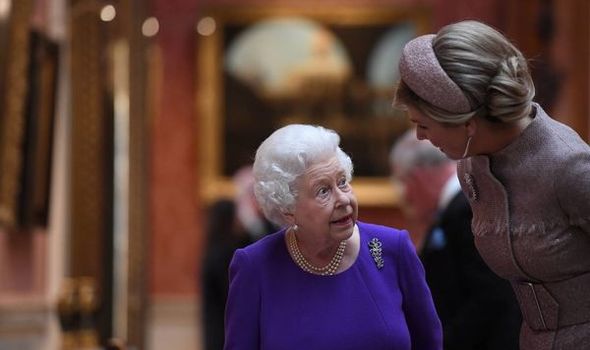 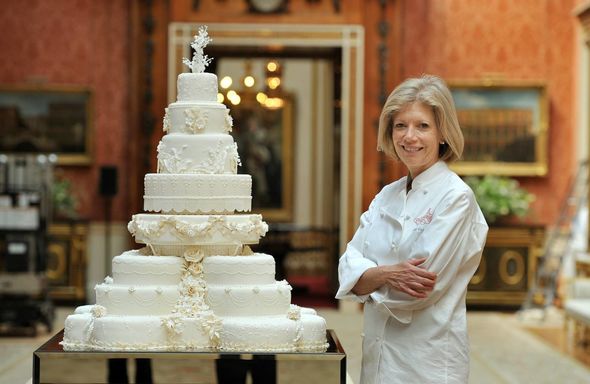 The flowers were to represent the four nations of the UK – including roses, thistles and shamrocks – but also included oak and a flower called Sweet William.

The cake designers revealed they made thousands of the flowers but when the time came to move the cake they struggled to navigate it around Buckingham Palace.

The team explained they put the base of the cake on a trolley but could not wheel it out of doorways so were forced to take the doors off.

Ms Cairns said it was “quite a morning” and a “relief” when they finally got to the picture gallery.

But Ms Cairns was so focused on building and tidying up the cake that she did not notice the Queen walking up behind her.

The monarch then turned to Ms Cairns and said: “I understand that you’ve been dismantling my house.”

Following the encounter, Ms Cairns said the only thing that was important was how the cake would be received by William and Kate.

On the day of the wedding, Ms Cairns was fed back a report from the Duke and Duchess who said it was beyond their expectations. 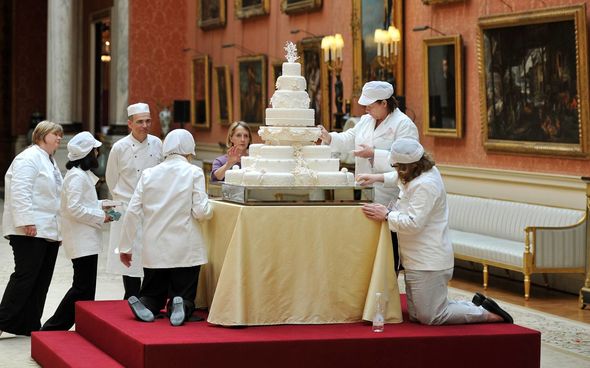 The university sweethearts first met in 2003 and got married in 2011.

On their anniversary, the couple released a short video on their social media which saw the Cambridge family spending time together in their Norfolk residence.

The video was accompanied by a message which read: “Thank you to everyone for the kind messages on our wedding anniversary.

“We are enormously grateful for the 10 years of support we have received in our lives as a family.”