Over the course of a long reign, she has spent a small fortune on riding, racing and breeding. At its high point, her annual outlay reportedly surpassed £600,000, the bulk of the money going on keeping 30 expensive thoroughbreds. Racing, as her trainer Henry Cecil once put it, is “her form of relaxation”. But there are other factors at play too. Horses unlike humans do not know she is Queen and allow her to interact normally.

In addition it is surely no coincidence the head of an institution based on the hereditary principle is interested in bloodstock. When George VI died in 1952, the Queen inherited his racing colours of a purple jacket, scarlet sleeves and gold-fringed black cap – along with his racing enterprise.

This was split between the main base at Sandringham with its 20 brood mares, seven yearlings and three two-year-olds, and the royal trainer’s Freemason Lodge, with its two three-year-olds and four juvenile racers. The Turf was never far from the Queen’s thoughts, even in the build-up to the Coronation.

“You must be feeling nervous, Ma’am,” a lady-in-waiting innocently asked her at a grand Buckingham Palace luncheon on the eve of the big day of June 2, 1953. “Of course I am, but I really do think Aureole will win,” she is said to have replied.

In fact, her horse came second to Pinza in the Epsom Derby, run four days after her crowning. Aureole would, however, prove her worth the following year, winning four successive major races and earning £30,000 in prize money. By the end of 1954, the Queen was the leading owner with total earnings of £41,000 from 19 wins. This was the start of a winning streak as the monarch became the leading owner again in 1957, runner-up in 1958 and third in 1959. 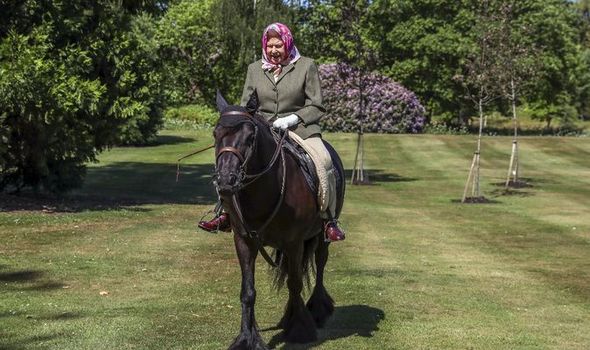 Since then, however, her fortunes have waxed and waned.

Asked once whether the Queen’s racing business made money, former royal press officer Dickie Arbiter could not give a definitive answer although he emphasised: “Horse racing is a very expensive business and you do not normally make much money.”

However, simple arithmetic suggests her racing operation must have lost hundreds of thousands, if not millions, of pounds. Assuming it costs roughly £18,000 a year to run a racehorse, and she had roughly 20 horses in training, over 30 years she would have spent some £10.8m in maintenance charges – £4m more than her prize money winnings over the same period. This means the Queen would have to rely on stud income to lessen the losses.

By the turn of the millennium, she owned three studs: one at Polhampton Lodge and two on the Sandringham estate (she also bred polo ponies on the Balmoral estate but they brought in little revenue). When her racing manager Lord Porchester died suddenly from a heart attack in 2001 aged 77, his son-in-law John Warren became the monarch’s bloodstock and racing adviser. 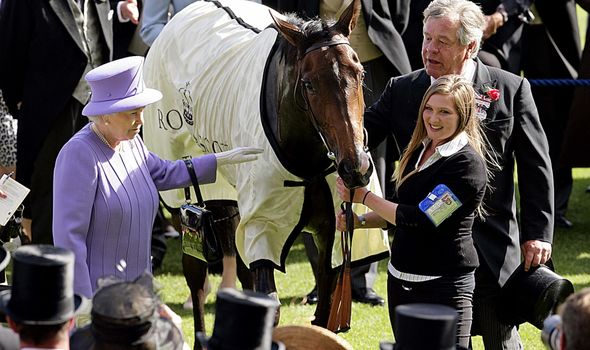 With a reputation for running a tight ship, he merged the two Sandringham studs into a single operation and gained additional revenue by opening up the facilities to outsiders.

Over the decades, the Queen has put her stamp on her stud. She turned Sandringham’s old Walled Garden into luxurious paddocks complete with a sculpture of her stallion Royal Applause which complements the bronze statue of her Gold Cup-winning mare Estimate standing outside the Big House.

Remote technology permits the Queen to monitor the breeding process on her private device when she is away. But all these mod cons do not come cheap. 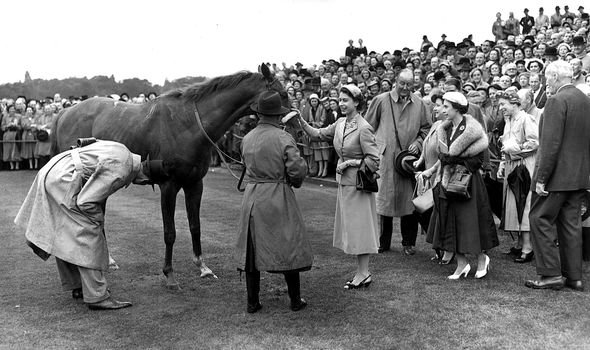 The heavy investment costs inevitably eat into the income generated from the breeding facilities and the sale of foals.

Although the stud probably breaks even, the same could not be said for her racing business which remains an exceedingly expensive hobby.

In the 2019 season, she had just seven winners over jumps and 29 on the flat. And the one prize that eludes her to this day is a Derby winner, with Edward VII remaining the only monarch in her recent bloodline to have achieved that honour.