Queen’s emotional tribute to Northern Ireland as she recalls Philip

She told of “treasured” memories she shared with her late husband Prince Philip and praised its people. Northern Ireland was created on May 3, 1921, when the Government of Ireland Act came into effect and partitioned the island of Ireland into two separate entities. Prime Minister Boris Johnson also marked the day, describing it as a “very ­significant national anniversary, marking the formation of the United Kingdom as we know it today”.

In a statement, the Queen spoke of her memories of ­past visits.

She said: “This anniversary reminds us of our complex ­history, and provides an opportunity to reflect on our togetherness and our diversity.

“It is clear that reconciliation, equality and mutual understanding cannot be taken for granted, and will require sustained fortitude and commitment.

“During my many visits to Northern Ireland, I have ­seen these qualities in abundance, and look forward to seeing them again on future occasions.

“I also wish to recognise the important contribution made by our friends and closest neighbours towards the success of Northern Ireland.

“I look back with fondness on the visit Prince Philip and I paid to Ireland, 10 years ago this month. I treasure my many memories, and the spirit of goodwill I saw at first hand. 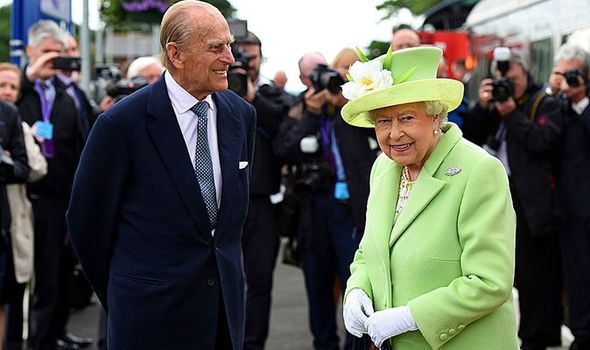 The Queen and Prince Philip visited the province many times, including a Diamond Jubilee event at Stormont in 2012 and a trip to Bellarena ­in 2016. Mr Johnson acknowledged “differing perspectives” on the centenary. He said: “It is important that we pause to reflect on the complex history of the last 100 years.

“People from all parts of Northern Ireland, the Republic of Ireland, the UK and across the globe will approach this anniversary in different ways, with differing perspectives.

“It is important to celebrate Northern Ireland.”