But the official royal announcement that Her Majesty is opening her Sandringham estate to the public to screen drive-in movies later this month can’t help but evoke nostalgia for Fifties Americana. The Queen is riding the wave of a dramatic revival in drive-in movies across the world, from Germany to North Korea and Australia, as the screenings prove tailor-made for socially-distanced outdoor entertainment.

Britain, which has long had only three drive-in theatres, now has more than 40 in operation, screening movies in the grounds of stately homes, museums and parks.

It is all the more surprising the Queen has offered up Sandringham, given a last-minute change to her usual ­summer routine which will see the 94-year-old monarch and the Duke of Edinburgh, 99, leave Balmoral early to “spend time ­privately” on the Norfolk estate.

But then, with 20,000 acres of land, the chances of running into a royal as you queue for the loo are pretty remote.

The trip to Balmoral was the first time the Queen and Prince Philip travelled away from Windsor since relocating there from Buckingham Palace to isolate in March. But the Royal Family is believed to have lost £18million of tourism ­earnings thanks to Covid.

Tickets for the drive-in at the 60-acre Sandringham Estate cost £32.50 per car. For another £7.50 you can hire a deckchair and table, complete with popcorn, beside your parking spot. The showings will run from September 25 until 27 and will kick off with award-winning First World War movie 1917, followed by Rocket Man, Grease and Toy Story. Other film showings include Bohemian Rhapsody, The Greatest Showman and A Star Is Born. 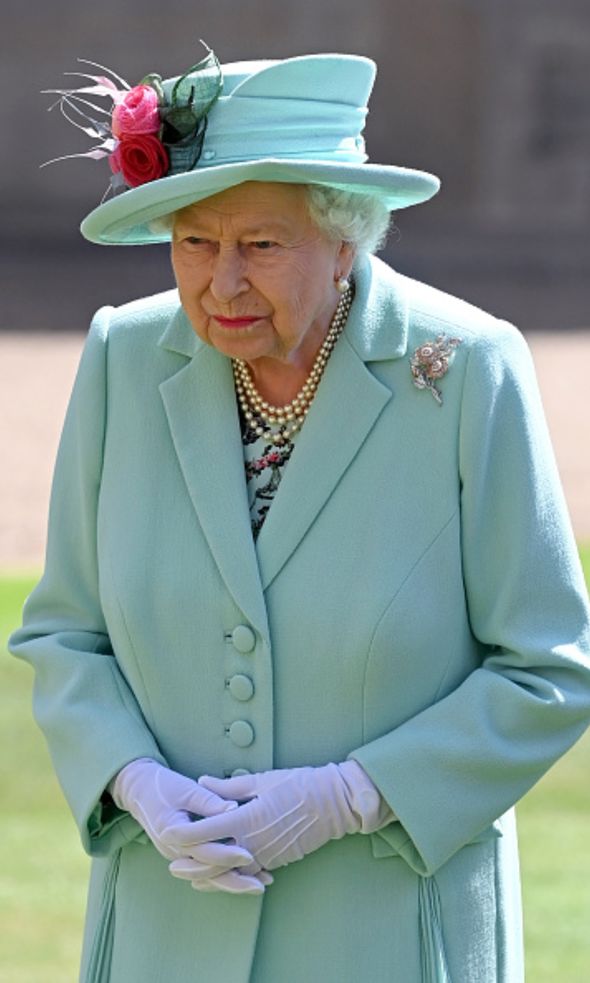 “The beauty of the drive-in is that you can have a fantastic experience at the movies and always be safe within your own car,” says George Wood, founder of Luna Cinema, now operating a chain of UK drive-in ­theatres from Ascot racecourse to Hylands Park in Essex.

“We’ve had great responses from audience members who have been shielding and feel safe enough at our events to come out of their homes to have fun for the first time in months.”

While bricks-and-mortar cinemas struggle on with limited audiences and most live entertainment remains cancelled, drive-ins are thriving, and nowhere more so than in America.

“Who would have thought that drive-in movies would one day again become the most attractive option for going out?” says Josh Frank, who owns the Blue Starlite Drive-in ­theatre in Austin, Texas.

Susan Magocs, aged 62, owner of the Capri Drive-in Theatre in Coldwater, Michigan, which opened in 1964, says: “There’s nothing more wonderful than a great starry night, a cool breeze.

More than 1,000 drive-in theatres now entertain audiences across America, up from 305 at the start of the year.

Tickets run from £7.50 for adults, to £75 per car with up to six passengers, and they often sell out days in advance.

At a recent screening, the 815 car spots at the Bel-Aire Drive-in in Queens, New York, sold out in under a minute.

Even traditional cinemas are ­converting their car parks into ­temporary drive-in theatres.

And it offers an iconic American experience that appeals to retro- l­oving Baby Boomers and millennial hipsters alike. 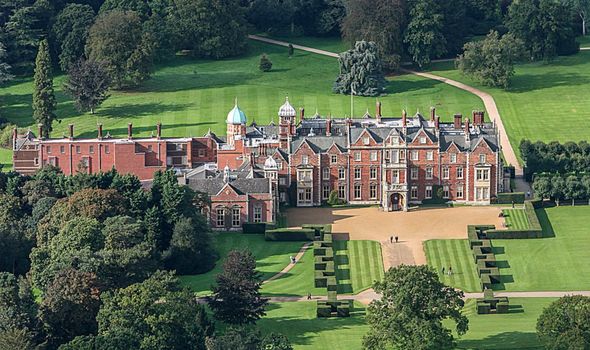 Showings attract families, and some even allow dogs. Unlike outdoor screenings that seat crowds on blankets or garden furniture, drive-in theatres can still operate in poor weather as moviegoers relax in the comfort of their vehicles.

Audiences that half a century ago endured poor sound quality from tinny speakers on poles beside their car windows today enjoy superior s­tereo delivered through their car’s radio. Many drive-ins have invested in state-of-the art screens and projectors.

The popcorn is popping, and many cinemas now serve beer and wine.

Cars are parked at least two meters apart, and strict pandemic social distancing and face-mask rules are observed for visits to the snack stands and toilets.

Drive-ins emphasise the all-American nostalgia of the event. Several have roller-skating waitresses delivering burgers and fries to cinema-goers’ cars.

Many screen modern American movie classics, such as Jaws, Ghostbusters and Jurassic Park. But the drive-in revival was underway before the pandemic. More than 100 have opened in the US since the late 1990s, driven by nostalgia for the days when James Dean and Marlon Brando ruled the big screen. 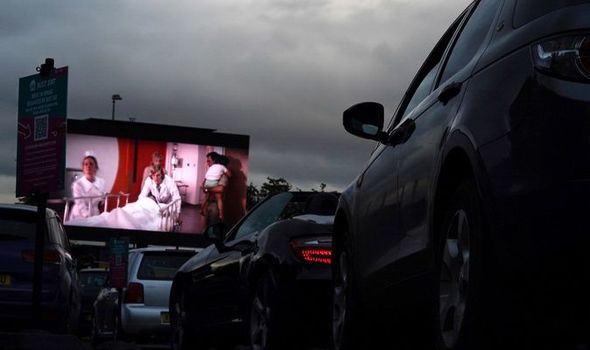 “People yearn for a time when they don’t have so much pressure and they can do things outdoors with other people and not be afraid,” says Donna Sanders, aged 56, owner of the Field of Dreams Drive-in Theatre near Toledo, Ohio.

The world’s first drive-in cinema debuted in Camden, New Jersey, in 1933. Legend has it that innovator Richard Hollingshead’s mother was too fat to squeeze into a regular cinema seat, so he opened a drive-in where she could spread out across her car’s broad upholstery. Three years later Shankweiler’s Drive-In Theatre opened in Orefield, Pennsylvania, and is now America’s longest-running drive-in.

By 1958 more than 4,000 of them captivated moviegoers across the US, their expansion driven by post-war optimism, economic prosperity and burgeoning car culture.

Thousands of Chevrolets, Buicks and Cadillacs built like boats with giant tail fins, and convertibles with their roofs down, would be ­regimented like armies across giant fields, all facing enormous silver screens. Tickets were cheap, families could bring their own food, and children could sleep through the movies.

Drive-ins were particularly popular with romantic teenagers hoping to steam up their car’s windows. Yet they never caught on in Britain, where inclement weather and a taste for more compact cars proved insurmountable hurdles – until now. But drive-ins are more than a venue to screen movies. They are part of American cultural mythology, embraced by Hollywood to symbolise a bygone era.

In the 1978 hit musical Grease, Danny and Sandy – played by John Travolta and Olivia Newton-John – go to a drive-in to watch the horror movie The Blob: recognition that drive-ins often screened cheap B-movie fodder.

Quentin Tarantino’s award- ­winning 2019 hit Once Upon A Time In Hollywood, saw Brad Pitt’s character Cliff living in a trailer behind a Los Angeles drive-in cinema. Drive-ins have featured in ­movies from Stanley Kubrick’s racy Lolita in 1962 to Francis Ford Coppola’s The Outsiders in 1983.

The 1996 adventure Twister famously showed a tornado hitting a drive-in theatre as it screened Kubrick’s The Shining.

Yet drive-ins faded in ­popularity with the arrival of the multiplex, the universal spread of television, the growth in video recorders and home entertainment.

Many drive-ins stood on land that had become too valuable not to sell for development. A few survived as an anachronism, until coronavirus made them often the only ticket in town.

But is the revival just a passing fad, or will drive-ins outlast the pandemic?

Some of the temporary pop-up drive-ins are expected to disappear, but established theatres could retain faithful new audiences.

“A cineplex can be a generic experience,” he says. “You might as well stream from home.”

Drive-in convert Clay Lundquist, aged 43, of Richmond, Washington, agrees: “If people did try a drive-in, they would see the magic of the experience.”