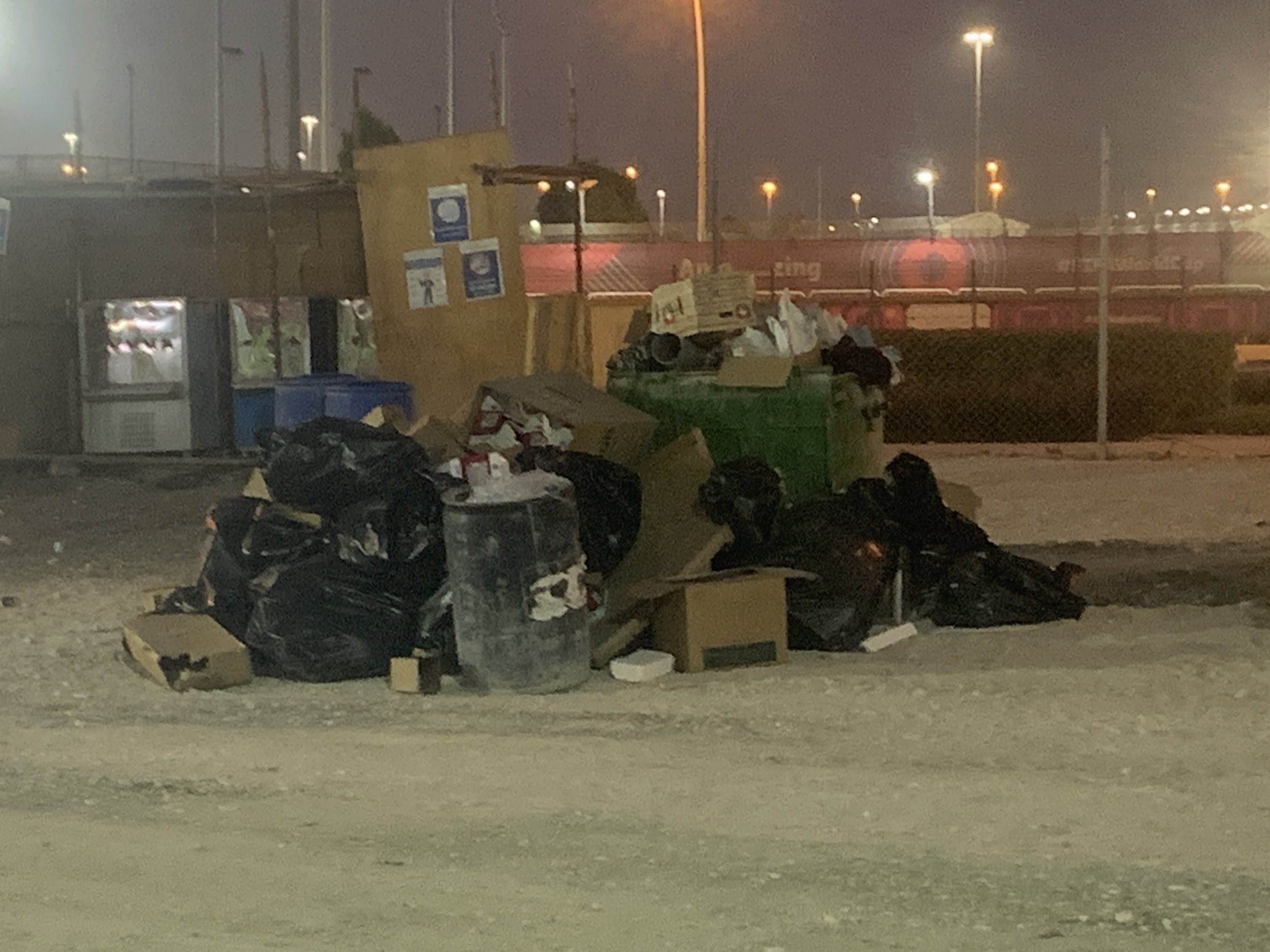 What does £170 get you in Qatar for the World Cup? A pile of rubbish and rubble by a shipping container, apparently.

The Rawdat Al Jahhaniya accommodation base, with the Ahmad bin Ali stadium dominating the view, is reportedly littered with industrial machines and torn turf.

Fans have said on social media the around £170-a-night site, which opened Friday, isn’t quite the place they imagined.

According to the Qatar World Cup’s accommodation portal, the village has a cinema screen and tennis court — neither of which fans say are there yet.

A ‘fitness centre/gym’ is actually just a few pieces of outdoor exercise equipment, according to photos and footage.

Fan photos show the blank, grey lodgings (a choice between a double or a twin ensuite room) decorated with small box lamps. Each cabin has coffee and tea-making facilities, two bottles of water daily and a fridge.

There’s a portable Starbucks van parked in the village and a large tented dining hall serving food like pizzas and burgers.