Public Health England: Who created PHE? Is it part of the NHS?

Health Secretary Matt Hancock has scrapped Public Health England (PHE), the embattled Government agency which has helped tackle the COVID-19 pandemic in England. Speculation had mounted over the last month which suggested leading ministers signalled dissatisfaction with the agency, especially around its performance tracking and reporting cases in the early days of the pandemic. Officials have opted to dismantle the organisation and replace it with a National Institute for Health Protection to focus on looming viral threats.

Public Health England is a relatively young organisation and emerged as part of a white paper proposal to reform the NHS in July 2010.

The paper emerged as part of the Cameron-Clegg coalition, which aimed to reorganise some of the NHS.

The proposal was primarily Conservative backed, as it came from the Department of Health, at the time under the control of Tory MP Andrew Lansley. 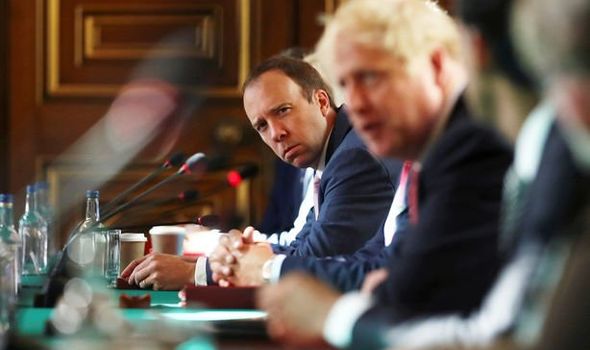 The act passed Parliament and received royal assent in March 2012, leading to its establishment in 2013.

PHE became accountable primarily to the Secretary of State for Health and took on responsibilities from an array of other organisations.

While it has led the charge against COVID-19, the organisation has responsibilities across the public health spectrum.

They include substance abuse, cancer research and environmental hazards.

Is PHE part of the NHS?

Public Health England supports health authorities in the UK and is separate from the NHS as a Government executive agency.

PHE’s position means it still has a vital role with the service however, as it provides advice for those who run it.

They help to plan and provide select services to the NHS, which includes immunisation, screening and research.

The research and analysis wing of the organisation has received criticism recently, as it emerged their methodology treated every death of someone who had COVID-19 at some point as coronavirus-related.

The methodology meant they would record a COVID death if someone who had the disease and died from something else after they recovered.

Officials have now readjusted the tally, but ministers seem to have deemed the service irredeemable.

They have proposed the NIHP as a replacement and placed Dido Harding, head of the controversial UK Test and Trace programme as its head.

Plans to rework PHE have attracted the ire of health experts, who have branded the move “shifting deckchairs”.

Richard Murray, chief executive of health thinktank the King’s Fund, said PHE had to answer to failings, but now was not the time to disband it.

“Public Health England appears to have been found guilty without a trial.

“Undoubtedly there are questions to be answered about England’s handling of the COVID-19 crisis, but the middle of a pandemic is not the time to dismantle England’s public health agency.”