Princess Diana’s standing ovation after she shut down brutal heckler

Princess Diana: Expert on 'rage' over Charles and Camilla

Stewart Pearce, author of ‘Diana: The Voice of Change’, worked with Diana to help her feel more confident with her voice and presence. The Princess of Wales initially contacted him after her BBC Panorama interview with Martin Bashir, as she did not like how she looked and sounded. In an interview with Zoe Forsey for Pod Save the Queen, Mr Pearce was asked to recall a speech she gave after they worked together that went really well.

He described one incident that was a “moment of triumph” for the princess.

She had gone to New York to receive an award for some of her humanitarian work and, in her speech, she was talking about “the children”.

A heckler chose that moment to ask her in an aggressive tone: “Well, where are your children then?”

However, Diana managed to keep her cool and simply responded: “Where all good children should be, at school, thank you.” 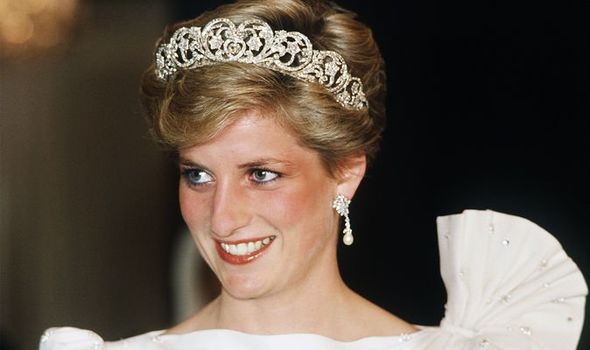 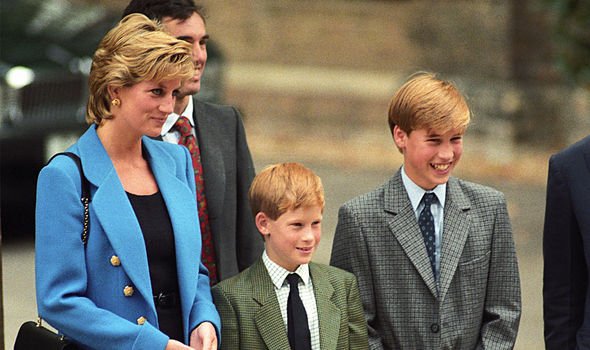 Mr Pearce said her adoring audience all started clapping and she had to wait several minutes before she could continue.

He noted that, previously, Diana would not have been able to handle a situation like this nearly as well.

The voice coach said: “There was one speech when she was winning an award in New York and she was talking about the children, I think.

“And somebody in the audience shouted, ‘Well, where are your children’ or something like that. 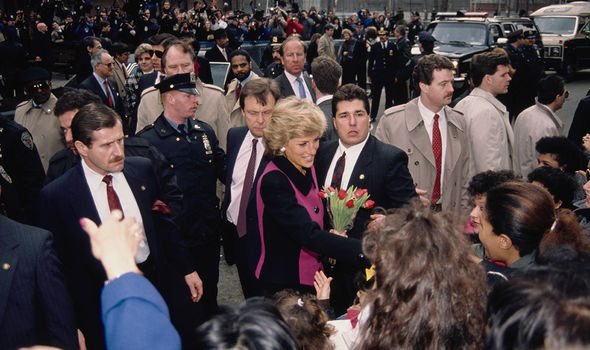 “In the past – I mean that would be difficult for most people ‒ but in the past she would have been so shocked by that, because it was aggressive, it came out of context, frankly inappropriate.

“And she turned to the person and said, ‘Where all good children should be, at school, thank you’ and continued.

“And that was a moment of triumph because she had the presence to be able to do that.

“She wasn’t rude, she wasn’t caustic, she wasn’t cynical, she simply answered the question and then breathed in and carried on. 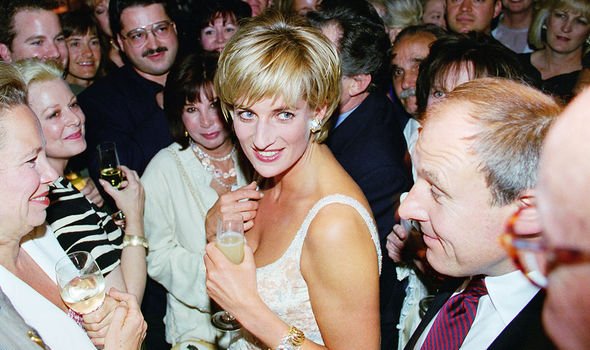 “And everybody clapped ‒ I think she couldn’t continue because there was a five or ten minute standing ovation.”

Mr Pearce added that it was “obvious” that Diana was held in huge regard by Americans, and especially New Yorkers.

He claimed that when she first arrived in New York that the whole of Manhattan was on the streets waiting to see her.

He explained that her glamour, beauty, immediacy and authenticity were the “hallmark of what it is to live the American dream”.

The voice coach said Americans are very immediate people who love to celebrate, so their love for Diana was perhaps unsurprising.

Mr Pearce, who is clearly very fond of the late Princess of Wales, said she was one of the most beautiful people he had met, inside and out.

He said her eyes were “full of love and kindness” and that she wept easily.

He said she was often “devastated” by things going on in the world and how she was being treated.

The voice coach recalled one particularly appalling moment when a member of the paparazzi shouted expletives at Diana just to “get a response”.